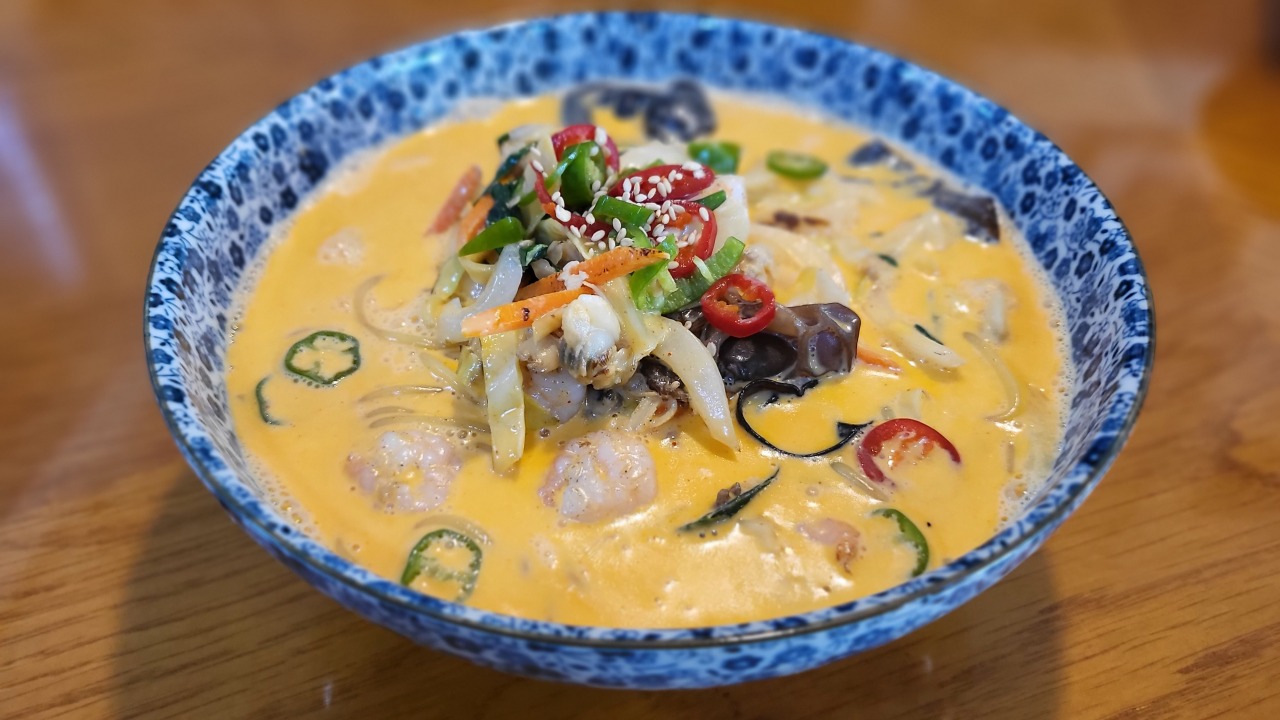 Whipped cream jjamppong, the chef’s choice menu at Mongjungin (Kim Hae-yeon/ The Korea Herald)
"Should we go for jajangmyeon or jjamppong today?”

This is a typical question asked at a Chinese restaurant in Korea, where the two dishes are the most popular.

Jjamppong refers to a Korean-Chinese noodle dish with either a spicy seafood broth or pork broth, made with red gochugaru, or red chili powder.

In recent years, the traditional jjamppong has been getting a makeover, just like other fusion dishes that have mixed cultural roots.

While retaining the spicy kick, jjamppong today are not necessarily served in a deep round bowl with spicy red broth.

From soupless versions to those in cream sauces and oil dressing, new variations of jjamppong are attracting the curious as well as those who do not enjoy the spiciness of gochugaru.

The best jjamppong, including its new iterations, are still found in Chinese restaurants. 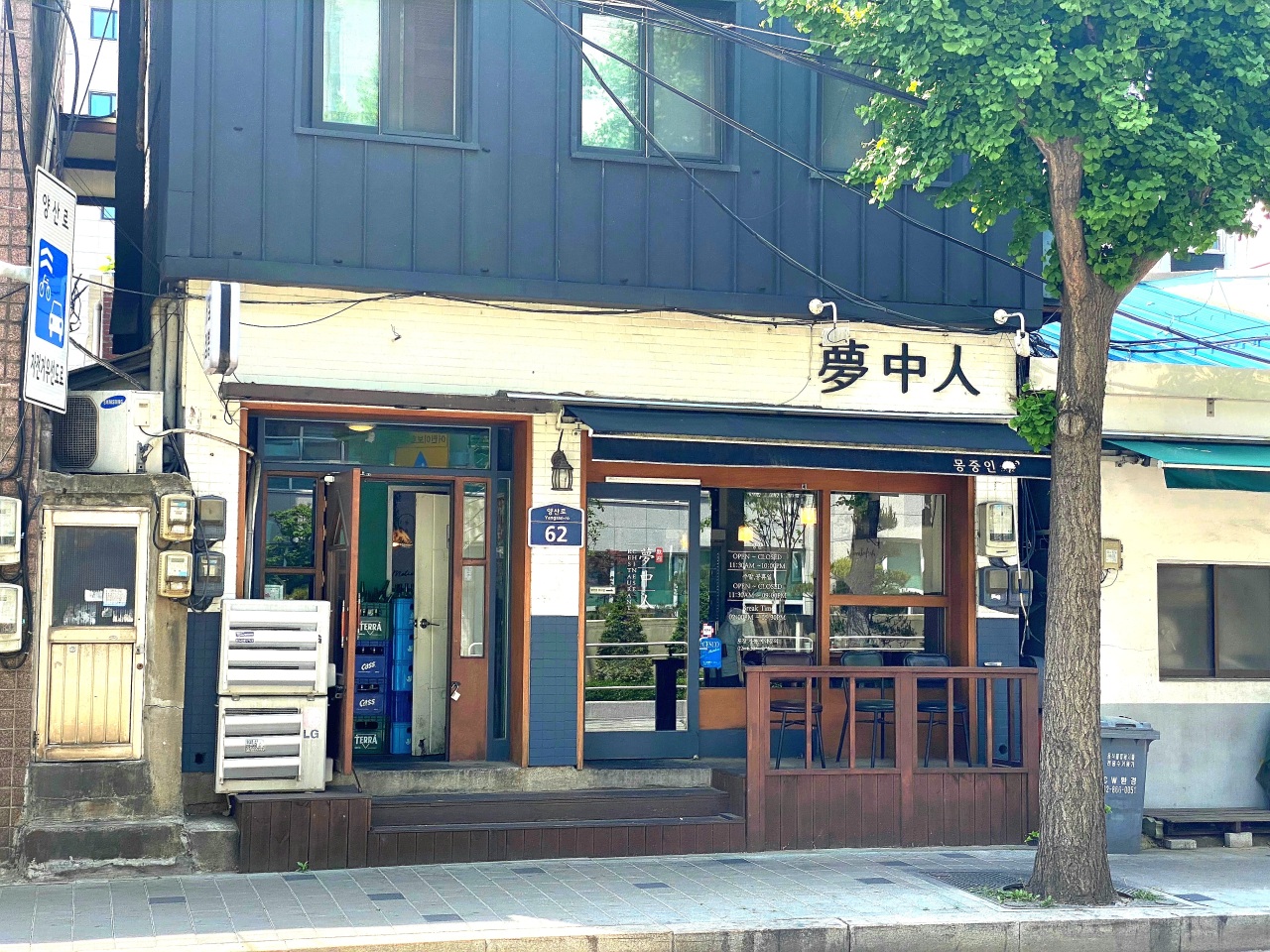 Opened five years ago, the restaurant, which resembles a typical living room from a Hong Kong movie, can seat up to 12 people. A second restaurant opened recently, just a kilometer away.

Here, bibim jjamppong with vegetables and seafood is a must. Diners can choose noodle or rice.

Fresh clam, squid, shrimp and other seafood ingredients are thrown inside, and chopped onions, carrots and scallions add to the flavor of the special reddish brown sauce, thick and rough in texture. 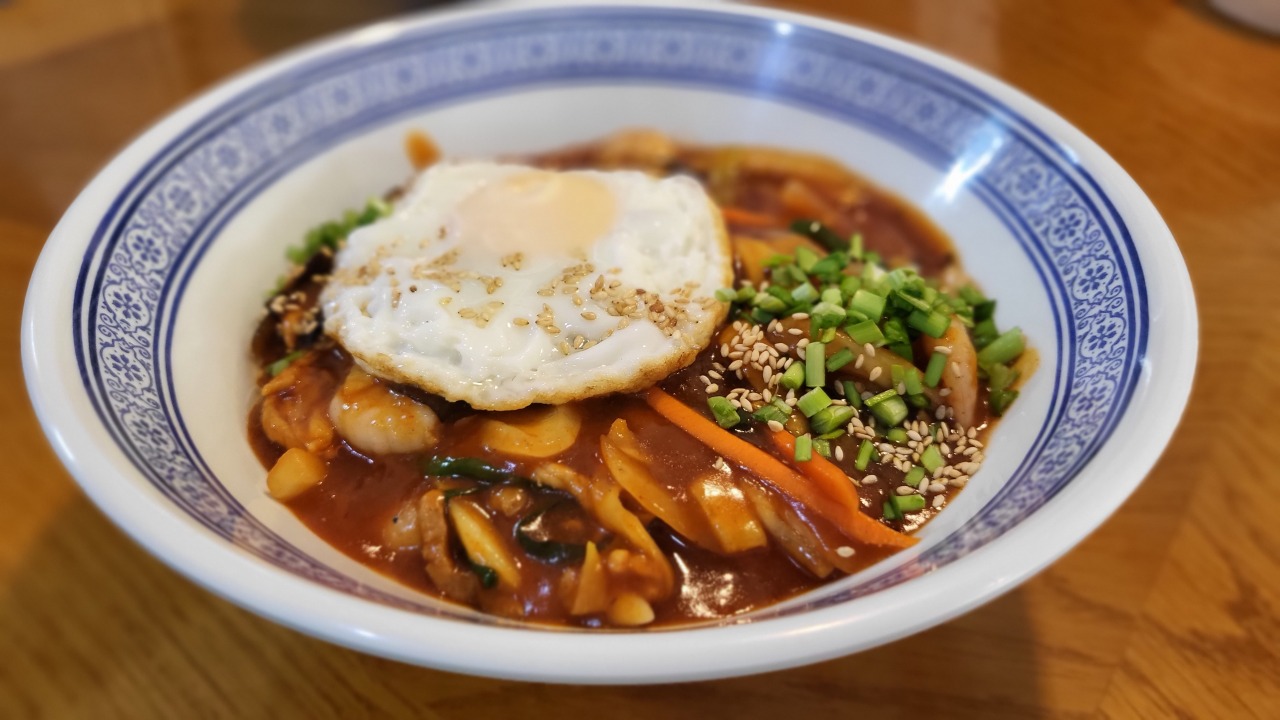 Bibim jjamppong and whipped cream jjamppong served at Mongjungin (Kim Hae-yeon/ The Korea Herald)
No need to stir the noodle, since it is served well-mixed.

The first bite yields a rich seafood flavor. There is also a sweet scent from the onions and the base sauce. A fried egg is served on top to help moderate the spiciness.

“People have a prejudice that Chinese food is greasy and therefore hard to digest. We do not use any MSG and our customers who come daily often tell us that the food was very comfortable on the stomach,” the head chef of Mongjungin told The Korea Herald. 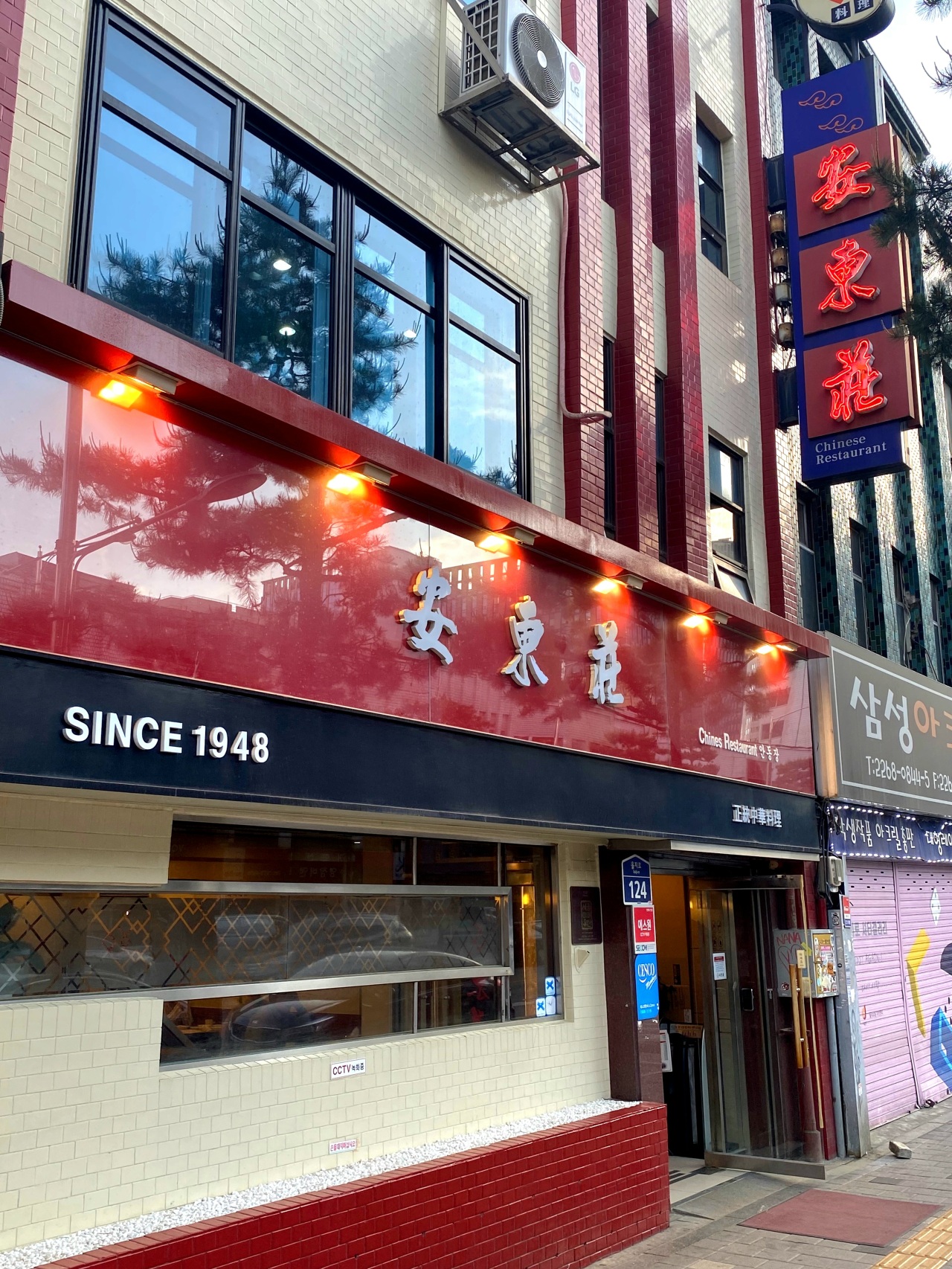 Andongjang, a Chinese restaurant located in Euljiro, Jung-gu, central Seoul. (Kim Hae-yeon/ The Korea Herald)
Just a few steps away from Euljiro Station Exit No. 10 is Andongjang, marked as a Seoul Future Heritage in 2013.

White jjamppong is what people come here for. The place is famous for both oyster jjamppong and pine mushroom jjamppong, which are both baek jjamppong with white broth.

Even at peak hours, oyster jjamppong is served up within seconds of ordering. The noodles are not mushy or soggy at all, as the dishes are served as soon as they are cooked. 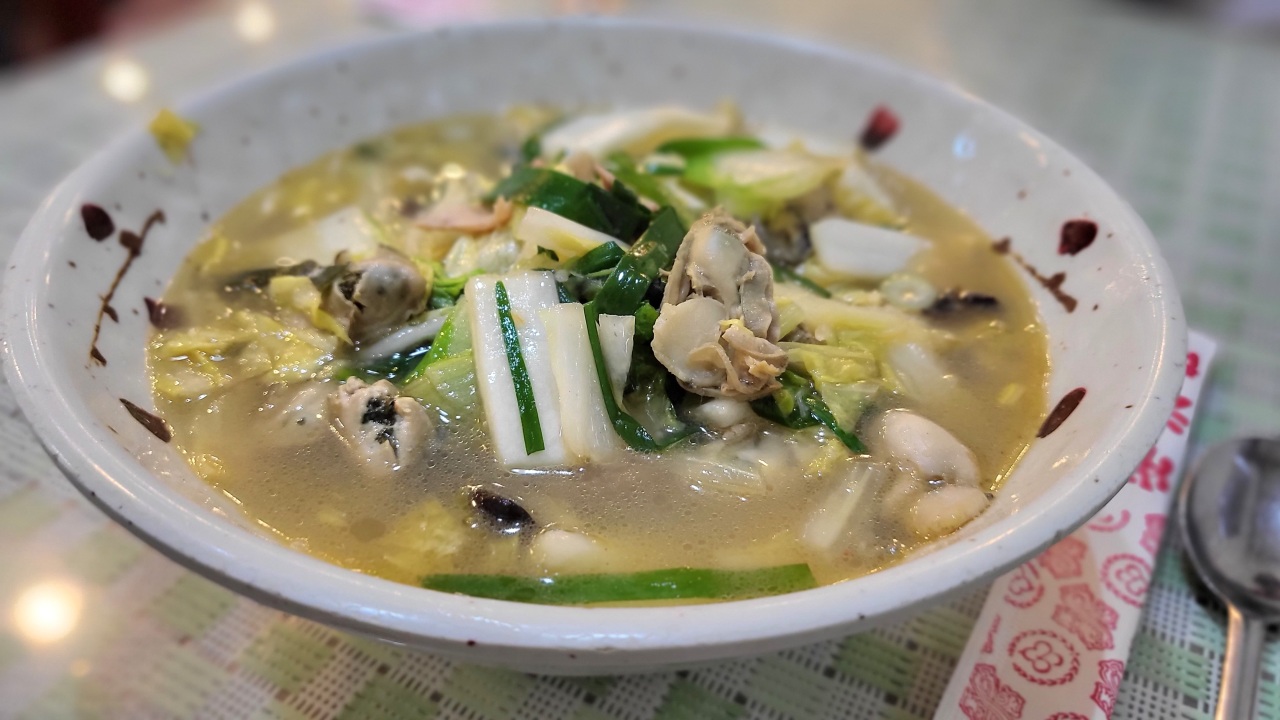 Oyster jjamppong, the most popular dish at Andongjang (Kim Hae-yeon/ The Korea Herald)
Digging into a bowl of oyster jjambbong, you will be overwhelmed by the size and freshness of the oysters that Andongjang uses.

Cabbage is used as one of the core ingredients, adding a humble sweetness to the broth that brings out the flavors of the seafood. 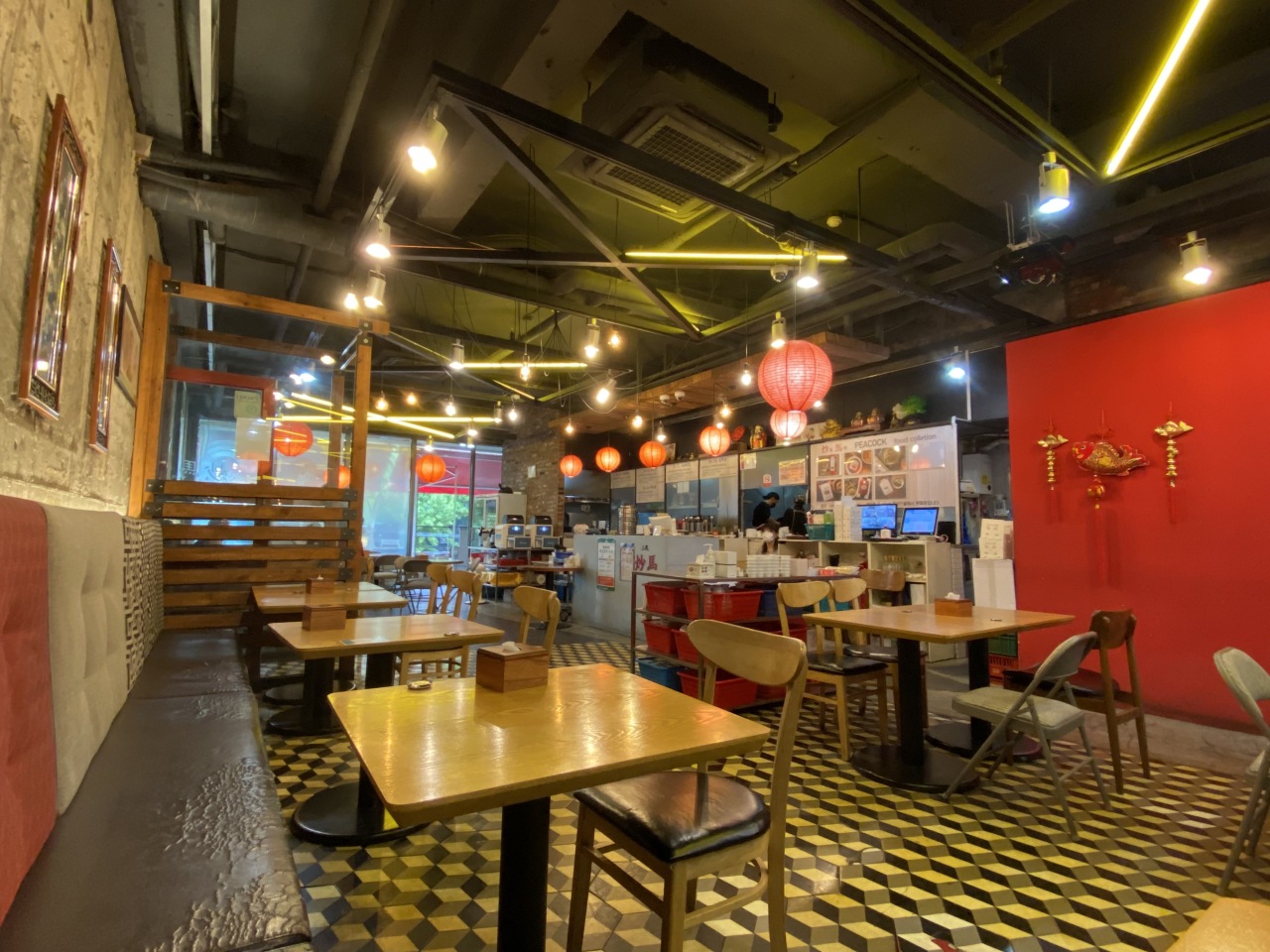 Choma, a Chinese restaurant located in Hongdae, Mapo-gu, northwestern Seoul. (Kim Hae-yeon/ The Korea Herald)
Walking down one of Hongdae’s busiest streets, also referred to as the Hongdae Club Street, Choma is hard to miss. The restaurant is situated on the second floor, brightly lit up with red lanterns.

With such a history, Choma has become famous for its traditional, red jjamppong made using recipes handed down generations. 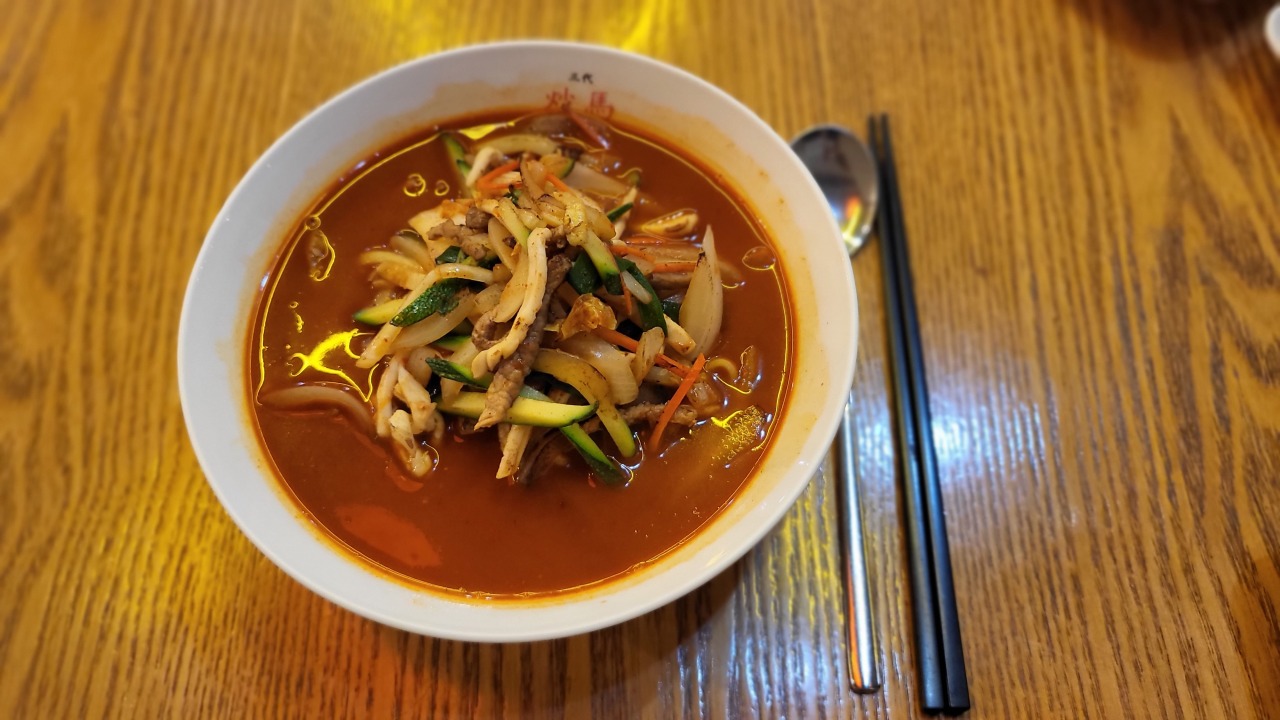 Jjamppong served at Choma (Kim Hae-yeon/ The Korea Herald)
"The strong smoky scent from the stove fire that hits the nostrils is what our guests love the most,” the store’s chief manager said.

The deep flavor of the broth achieved by boiling and simmering seafood and pork is what sets the jjamppong at Choma apart from the rest.

Although it might taste slightly greasy at first, the rich vegetables help to strike a balance.