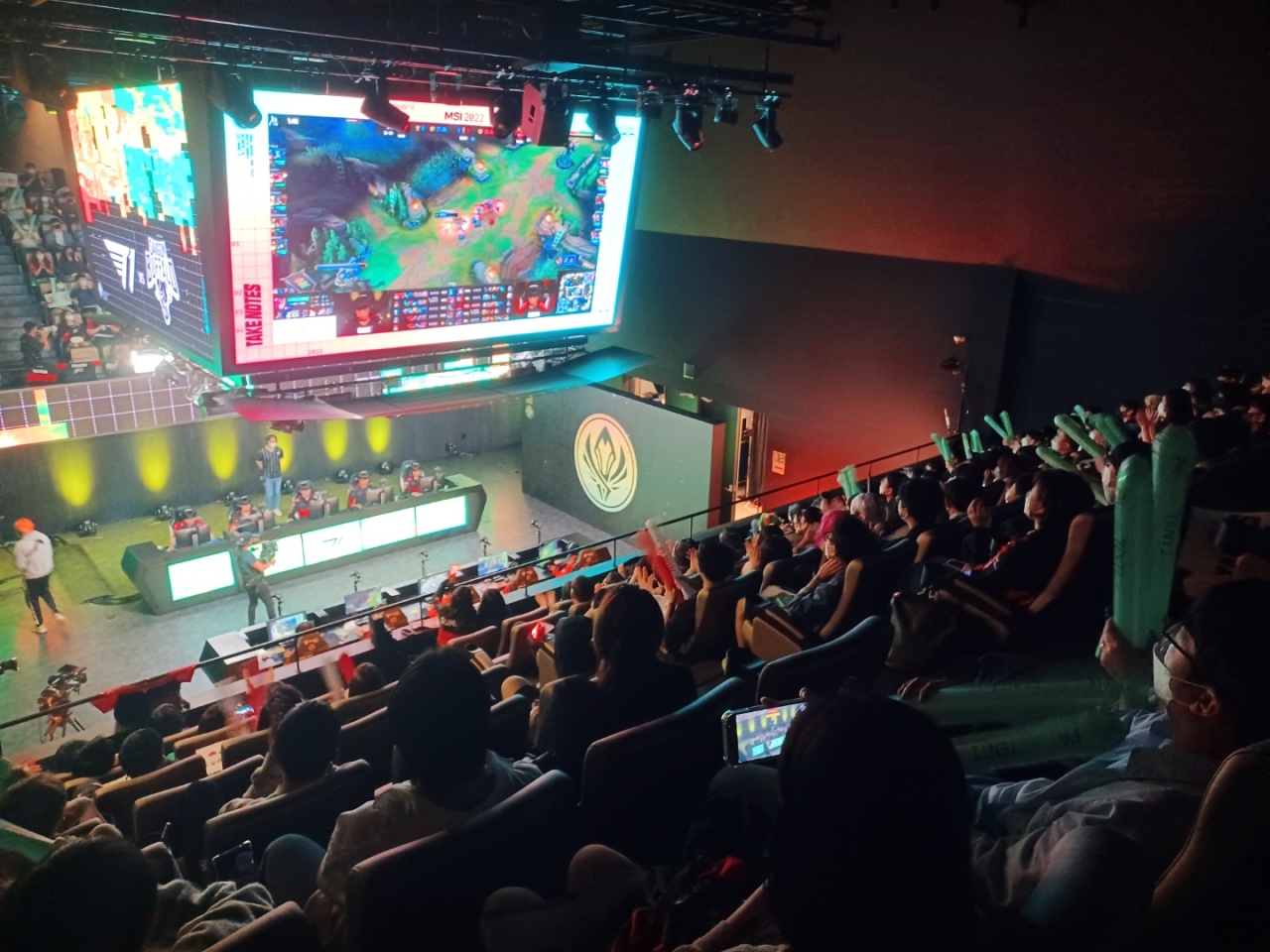 Coming from competitive League of Legends regional leagues including South Korea, China, Europe, and North America, the 11 spring season champions are set to clash for the prestigious MSI Championship.

Starting with the congratulatory speech from the legendary Korean esports caster Jun, the opening video introduced the tournament participants to online-offline viewers.

The international event, hosted by Riot Games, kicked off at the 290-seat venue with the LoL Champions Korea winner T1 and Vietnam Championship Series runner-up Saigon Buffalo. VCS winner GAM Esports was unable to take part in MSI because of its participation in the Southeast Asian Games.

The fans and spectators reacted to every mouse click from the players, waving placards, making noise with inflatable cheering sticks and chanting their team’s name.

As the government has lifted most pandemic-related restrictions, the audience were able to enjoy the tournament to the fullest with the loud cheering and fan chant.

“Watching the world class pro gamers, who I met via computer screen, up-close was a memorable experience. But when I heard the fan chants, I definitely felt that a return to normalcy was underway,” said Kim, 26, a passionate esports fan from Busan attending the offline event.

“I heard that it is Korea’s first time holding the MSI. I think this makes the tournament even more special, as Busan is hosting the international esports as an offline event after the COVID-19 pandemic break,” Kim added. 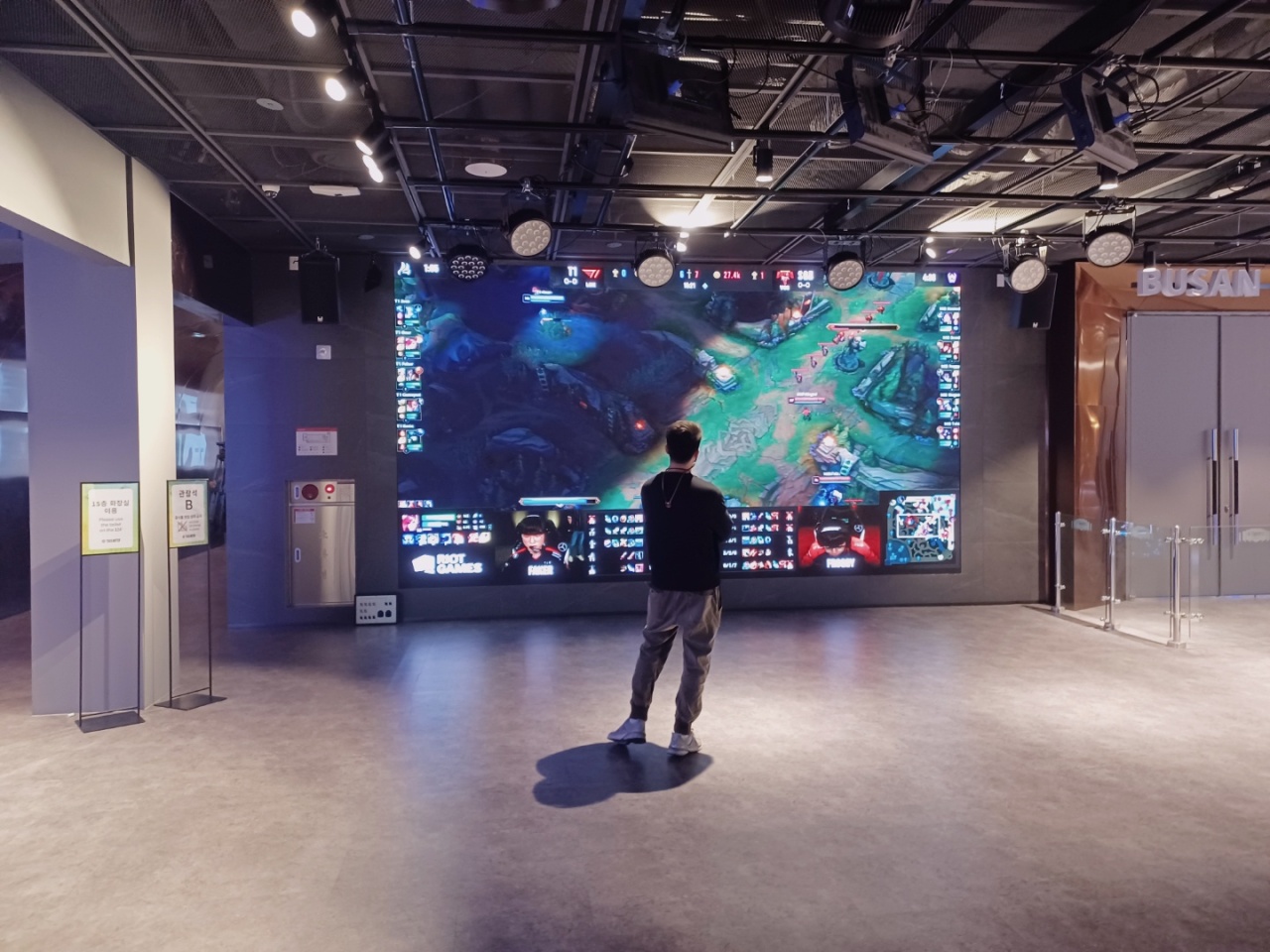 A spectator watches a match before entering the arena. (Lee Si-jin/The Korea Herald)
Progamer Lee “Faker” Sang-hyeok of T1 also shared his excitement and satisfaction with the return of fan participation.

“I know a lot of fans came to Busan to support our team. I think I have really enjoyed playing in front of the fans for the first time in a long time. We will work hard to meet the fans’ expectation,” Faker said in an interview after the match. 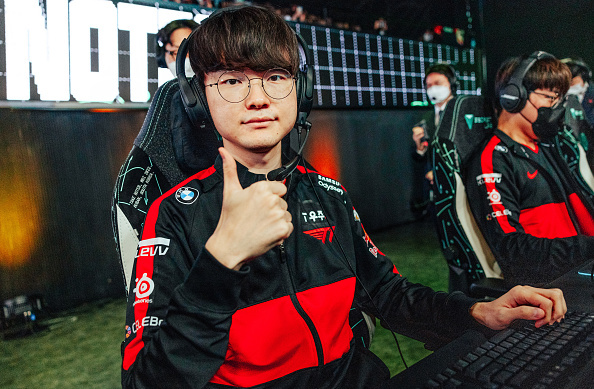 Lee “Faker” Sang-hyeok poses for photos at the Mid-Season Invitational in Busan on Tuesday. (Riot Games) 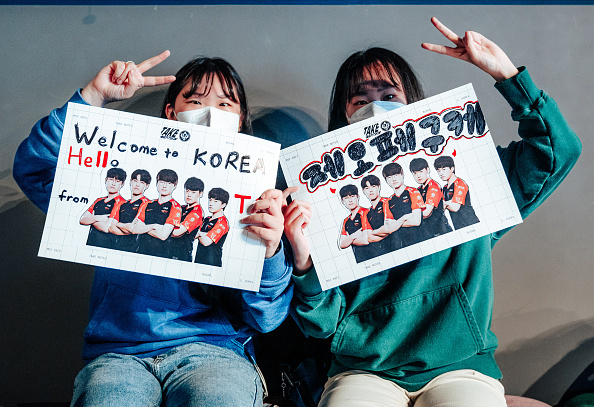 Fans pose with their signs at the League of Legends Mid-Season Invitational on Tuesday in Busan. (Riot Games)
While most spectators had food and drinks during the break between matches, some fans lined up outside the arena to greet their favorite stars with chants. 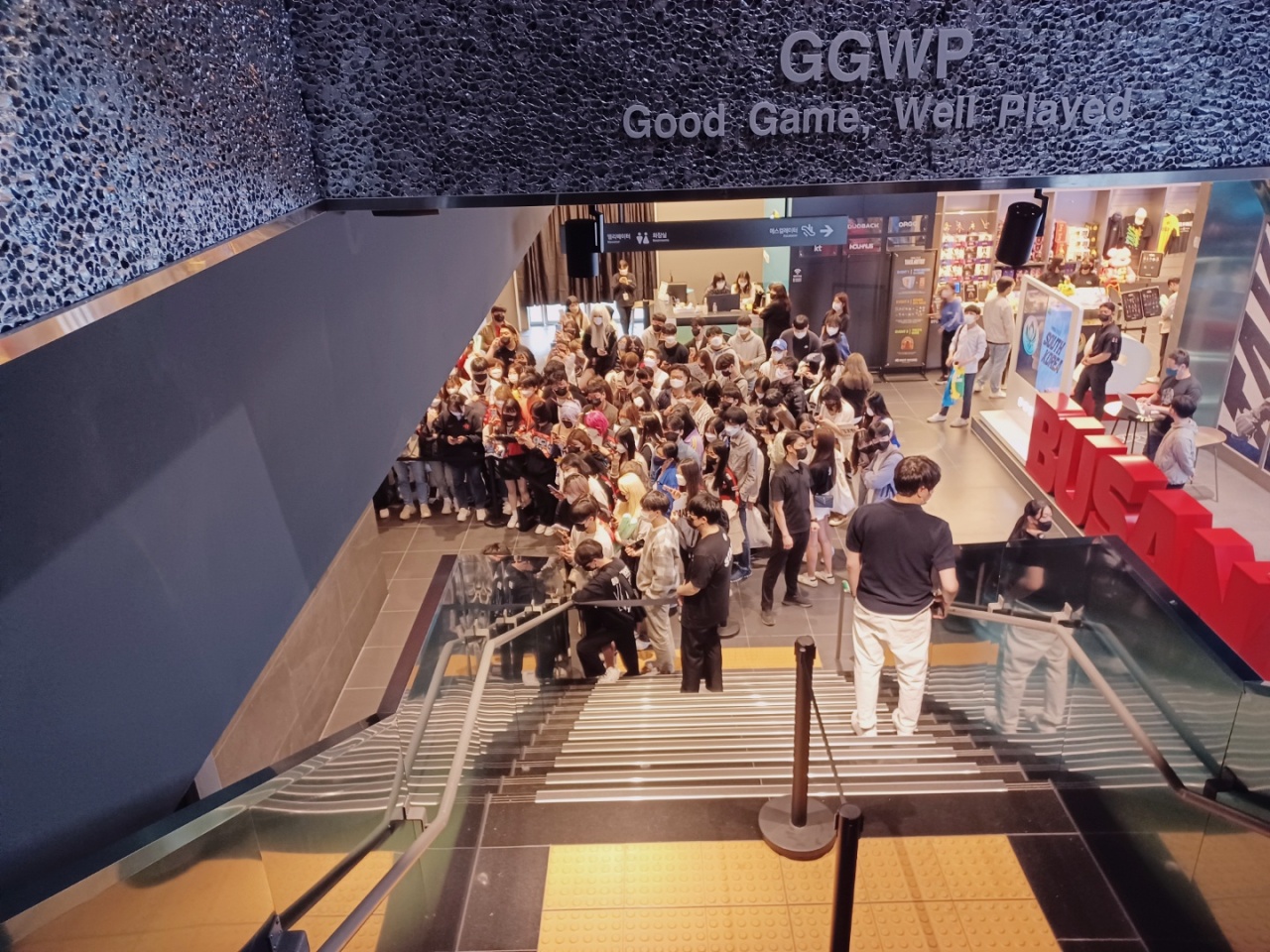 Fans gather outside the arena to see esports stars. (Lee Si-jin/The Korea Herald)
“This is my first time watching an offline LoL tournament. I never expected to hear the players’ voices during the game. If I am able to get tickets, I want to attend more offline matches at the LoL Park in Seoul as well,” said Lee, who introduced herself as a 24-year-old college student living in Ulsan.

After the group stage running through Sunday, the first and second teams from the three groups will compete in a double round-robin tournament.

The top four teams will earn their spots in semifinals, which is set to be played in a best-of-five series.

The finals will take place at 5 p.m. on May 29 and all MSI matches can be seen via online streaming platforms Twitch, Afreeca TV and Naver.