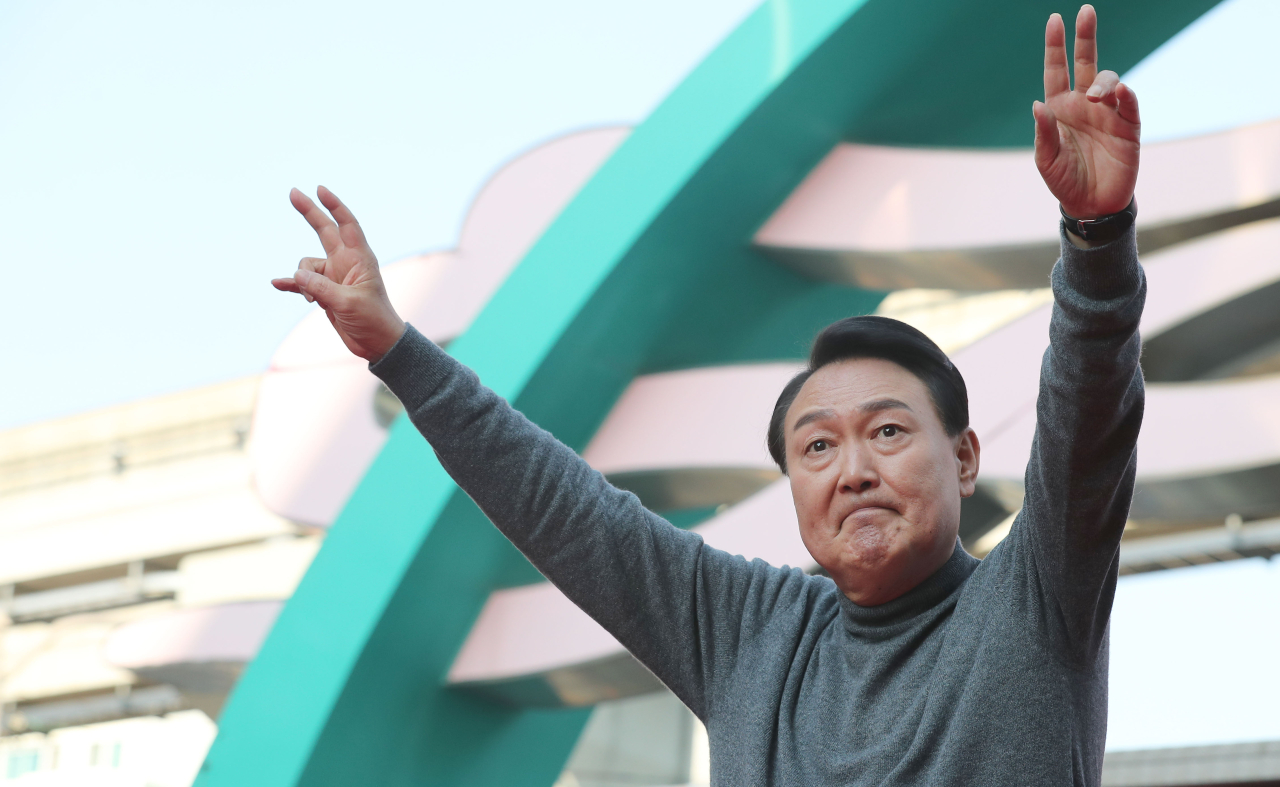 He will become the first former prosecutor to be elected president and the first president without any political experience.

As of 3:55 a.m. on Thursday, with 98 percent of votes counted by the National Election Commission, Yoon had 48.6 percent of the vote, ahead of the ruling Democratic Party’s Lee Jae-myung by 0.8 percentage point.

Political novice Yoon’s victory reflected a public desire for change. Although the Moon Jae-in administration was launched five years ago with a landslide victory and great optimism, it has since been rocked by a series of scandals, runaway housing prices and a pandemic-induced economic slowdown.

Still, it was a tough battle for Yoon. The unpredictable neck-and-neck race was not completely settled even when 90 percent of the votes had been counted. The tight race reflects voter’s last-minute agonizing over choosing which of the two all-time unfavorable candidates was the “lesser evil” in a presidential election marred by scandals and mudslinging.

Exit polls released by the three terrestrial broadcasters and JTBC at 7:30 p.m. showed that the race was neck-and-neck, with polls placing the two front-runners less than 1 percentage point apart.

By voter age, exit polls estimated that Lee gained more support from those in their 20s, 40s and 50s and Yoon in their 30s and 60s and older. By gender, Yoon outpaced Lee with 49.5 percent of male voters and Lee led among women voters with 49.6 percent.

Voter turnout for this year’s presidential election was 77.1 percent, similar to the figures from the previous election.

Approximately 34 million out of 44.2 million eligible voters ultimately cast their ballots. A final turnout figure is expected to come out sometime Thursday.

Voting ended 30 minutes earlier for this election than in 2017, but the result took longer to come out because of the lack of a clear frontrunner and because people with COVID-19 voted separately.