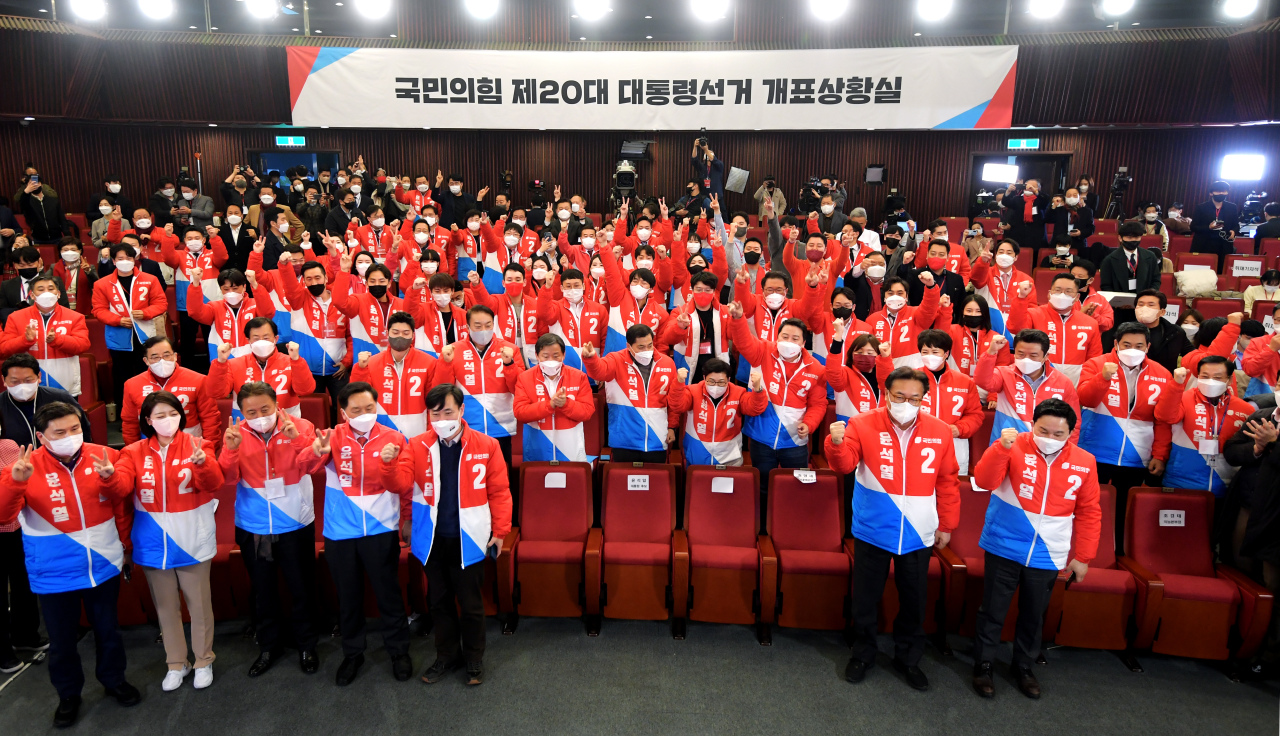 Main opposition People Power Party members raise their fists in celebration after its presidential nominee Yoon Suk-yeol took a lead in the poll as the ballot count progressed to dawn on Thursday.
Presidential candidate Yoon Suk-yeol of the main opposition party looks to be on course for victory as the gap in vote tallies has widened during counting.

Although about 15 percent of votes remained to be counted, some media outlets and the country’s largest portal Naver rated Yoon’s win as “likely.”