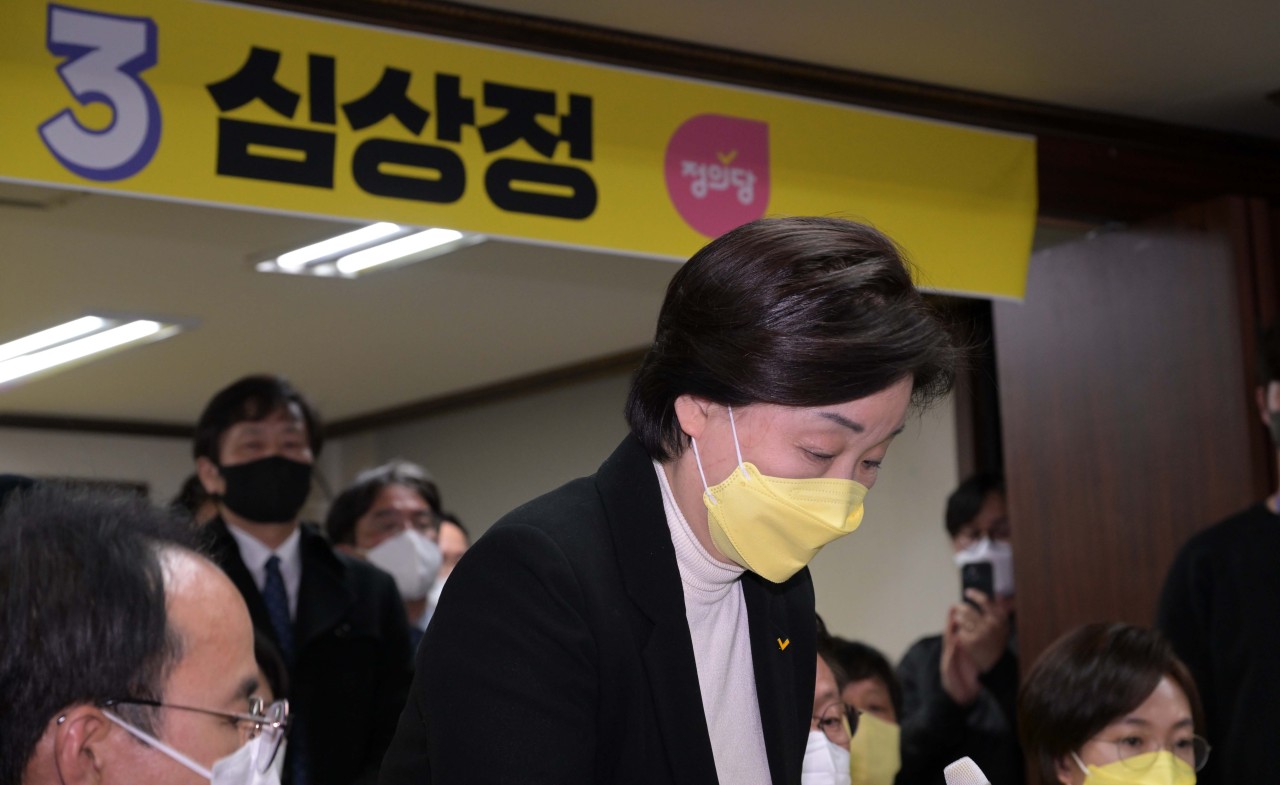 Sim said in a speech at her party’s situation room in Yeouido, Seoul, that she “solemnly accepts” the results and vowed that the Justice Party would make efforts again to win the minds of voters who want meaningful change to their livelihoods.

“We brought up inequality, climate crisis, political reform and multi-party politics as key topics and firmly established gender equality as a widespread social value,” Sim said. “The Justice Party will run again based on these values.”

The progressive party candidate was not expected to be anywhere near winning the election but was aiming to win a sizable number of voters by appealing to the need to bring an end to the two-party system and work toward ending gender discrimination in South Korea.