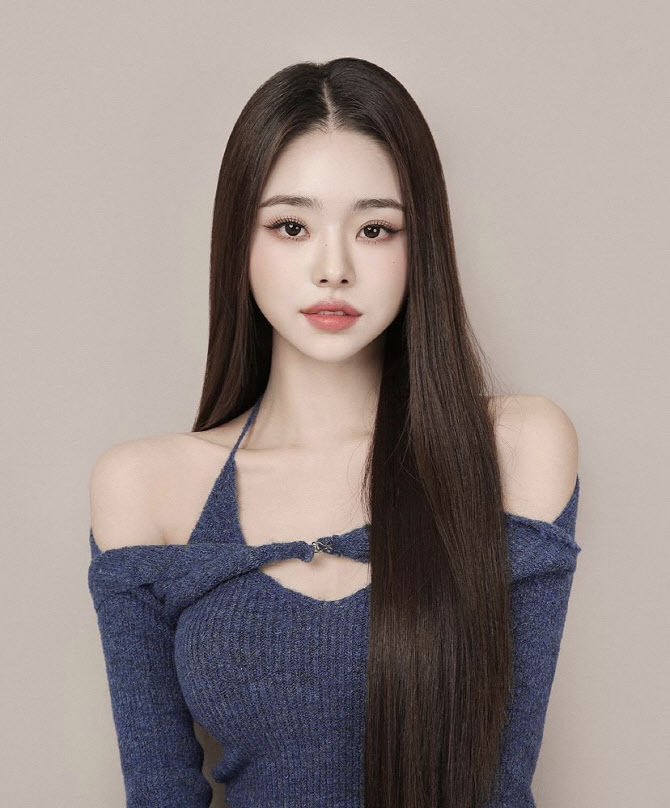 YouTuber Song Ji-a (Hyowon CNC)
Just after midnight on Tuesday, YouTuber Song Ji-ah -- better known for her channel name FreeZia -- posted a public apology for the recent controversy surrounding her wearing fake designer label clothes and accessories in her videos and on TV.

It was after nearly a fortnight of criticism, which on the surface seems like a disproportionate amount of fuss over something far from being important. She wore some fake items, so what? That’s not a state crime.

What lies behind the anger, however, is the feeling of being deceived by someone they adored for seemingly living out their fantasies, experts say.

Lim Myung-ho, professor of psychology and psychotherapy at Dankuk University, pointed to illusions of conformity that may have played a part in public’s initial affection toward Song.

“There is a tendency for some people to want to be a part of certain groups, ones with authority and wealth,” he said, explaining it is a mob mentality of some sort. “By pressing “Like” (on videos and posts), people tend to feel like they are part of that group.”

Prior to the controversy, Song’s channel had well over two million subscribers, with over 3.6 million on Instagram. She had been among the most popular rising creators in the country.

She has built a persona that is young, attractive and rich living in one of the most expensive homes in Seoul and wearing luxury items like top-ranked K-pop idols do.

While it was not directly for profit, she did falsely claim her belongings to be authentic, leading people to believe that she was wealthy.

In recent years, Korea has seen the rise of the so-called “flex” culture -- in which individuals boast their wealth via lavish consumption. A 2019 video of rapper Yumdda spending 40 million won ($33,390) in a single day has garnered nearly seven million views as of today.

Being rich, or pretending to be so, sells, apparently.

“Many people have the desire to be rich, and (watching these videos) is a way of circumventing such desires," said Lim, explaining that these videos allow viewers a vicarious experience. “Which is not a positive direction, as it derives from the desire to be in the group and feel superiority toward ‘normal’ people.”

Predictably, the problem with such illusions is that it is not real. Lim explained that such a feeling of conformity toward rich celebrities tends to backfire when these celebrtieis are discovered to be false.

While some reaction to Song’s controversy may seem disproportionate and sometimes downright classless -- such as former lawmaker and far-right YouTuber Kang Yong-seok bashing her looks on Facebook -- there is the clear fact that Song lied to the public. And the public includes those who feel a connection to stars almost on a personal level.

“I think it’s a matter of sincerity. The viewers connect with and support them (YouTubers) based on the belief that they are showing their authentic selves, and it’s infuriating when it’s revealed to have been all lies,” said a 22-year-old surnamed Park, who said she was disappointed at how Song handled things in the incident.

Connectivity and authenticity are among the key factors for success for shows as well as stars in Korea today, not just on YouTube but also on TV. The SBS variety show “My Little Old Boy” features celebrities‘ mothers watching and commenting on footage of their sons or daughters’ daily activities with a mostly-middle-aged celebrity panel. It won the grand prize at the 2021 SBS Entertainment Awards.

Producer Gwak Seung-yeong, the architect behind the show, said his show’s charm lies in being natural.

“‘My Little Old Boy’ shows the everyday life (of the panelists) as it is, whether it be of a middle aged man who is addicted to clubbing or is pressured by debt. I think this is why the viewers truly connect with the show,” he was quoted as saying.

The award-winning SBS show is what is locally categorized as an “observation variety” genre which claims to show the everyday lives of celebrities as they are. YouTube channels featuring non-celebrities also hinge on the connectivity factor, which can potentially a double-edged sword.

“People tend to feel more betrayed by those who they’ve considered close. The camera gives the viewers the illusion that they know these personalities,” Lim said.

Unlike in the past where the personal lives of stars were shrouded in mystery, more celebrities are opening up and reaching out to the public. Members of the world’s biggest boy band BTS routinely reveal their personal lives through vlogs (video blogs) letting fans feel as if they really know them and develop personal connection toward them.

“Since the trend today is for famous people to open up their personal lives more to the public, I think these incidents (like with Song) is likely to happen more frequently in the future,” Lim said.