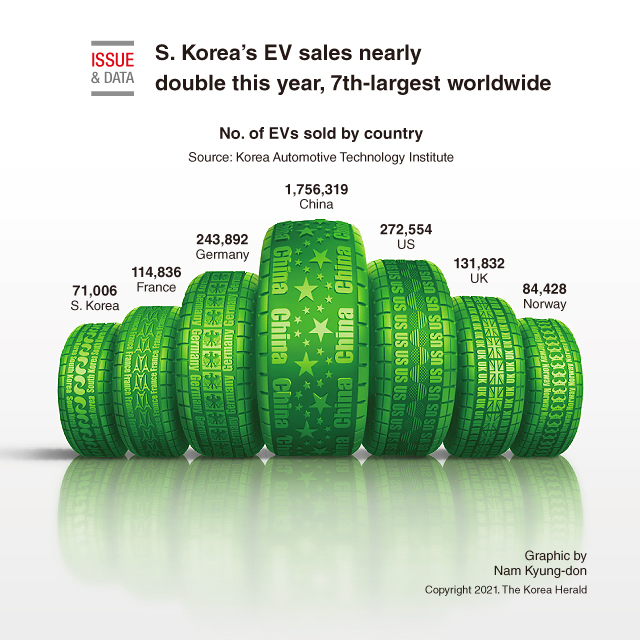 Sales of electric vehicles in South Korea almost doubled in the first three quarters of this year from a year earlier, ranking seventh in the world, data showed.

A total of 71,006 EVs were sold in Asia’s fourth-largest economy in the January-September period, up 96 percent from a year earlier, according to the data from the Korea Automotive Technology Institute.