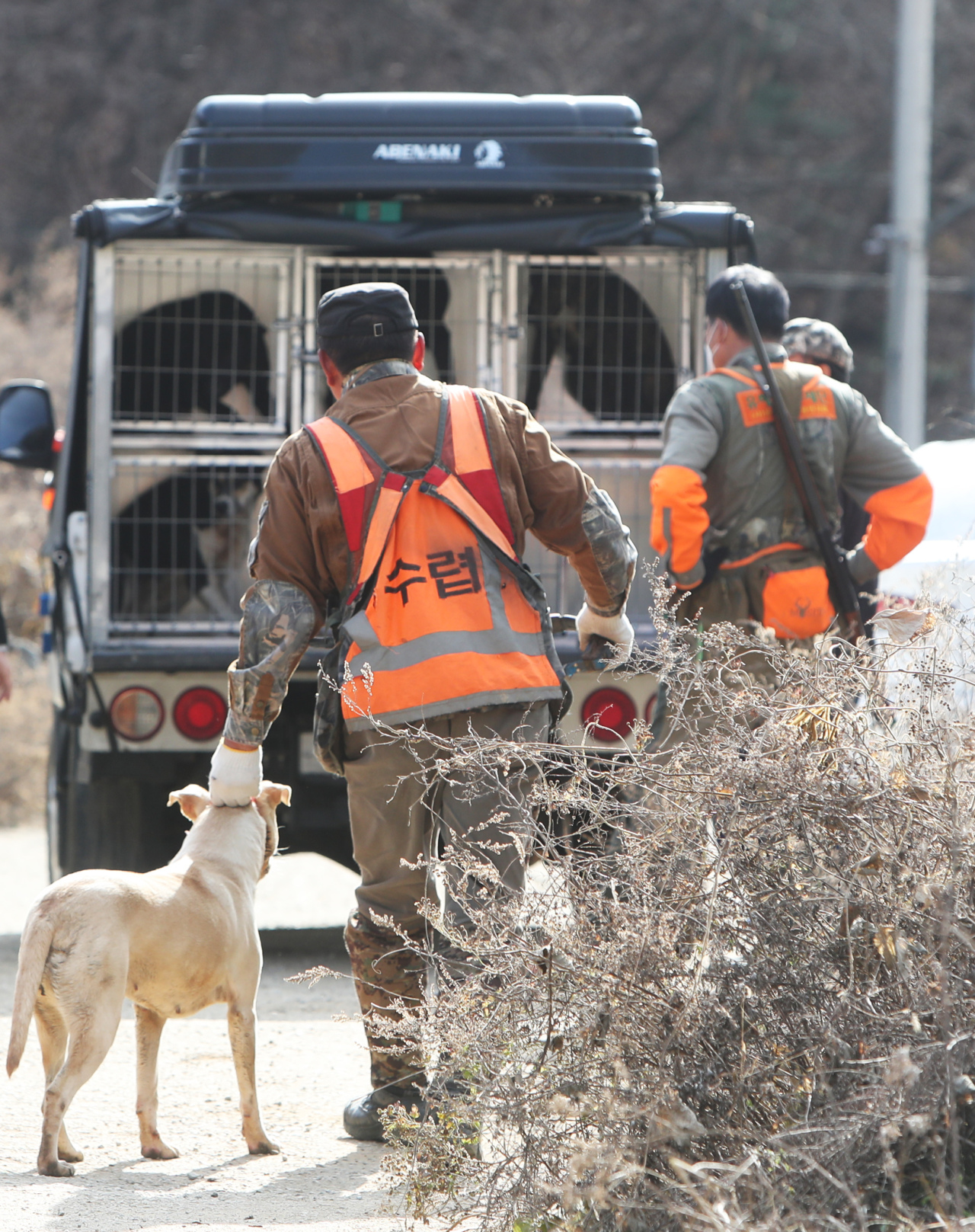 This photo taken Monday, shows hunters conducting a search operation in Yongin, south of Seoul, to find Asiatic black bears that escaped from a farm. (Yonhap)
A massive search operation resumed Wednesday to find an Asiatic black bear that remained on the loose for a third day after escaping from a bear farm just south of Seoul, officials said Wednesday.

The escape occurred at the farm in Yongin, 50 kilometers south of Seoul, at 10:30 a.m. Monday, when five Asiatic black bears left their cage.

Three of the bears were soon discovered by officials of the Han River Basin Environmental Office, who captured two of them and killed a third that ran to attack them despite being shot by an anesthetic gun. The fourth bear was spotted at a mountain area about 600 meters from the farm Tuesday afternoon and shot dead by hunters.

A team of 69 hunters and officials from the environmental office, accompanied by search dogs, resumed their search Wednesday morning for the fifth bear, known to be a cub weighing 70 to 80 kilograms at about three to four years of age.

In July, a bear escaped from the same farm and was killed. The farm owner was arrested last month on charges of obstructing the execution of official duties by falsely reporting two bears escaped in July to cover up his illegal slaughter. (Yonhap)