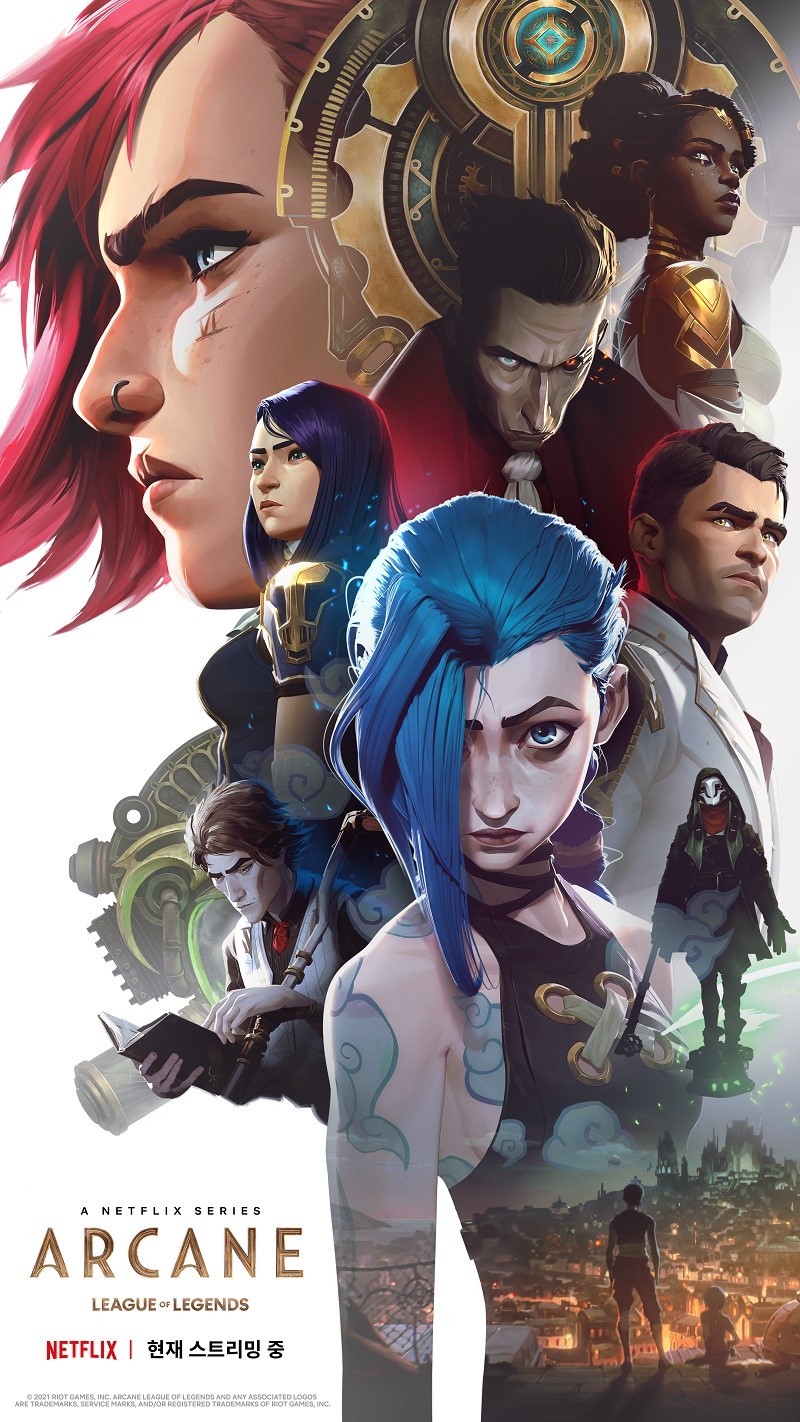 A poster image for “Arcane” (Riot Games)
Riot Games made a successful debut on Netflix with the League of Legends-themed animation “Arcane,” soaring to No. 2 on the service’s official weekly chart.

Riot Games released its animated series Nov. 7 after the Worlds 2021 Championship, one of the most popular global esports events.

“Arcane” ended the historic 46-day reign of Netflix global sensation “Squid Game,” topping the chart within a few days of its release.

The series has made the top 10 in various countries, including Hong Kong, Bulgaria, Russia and Egypt. 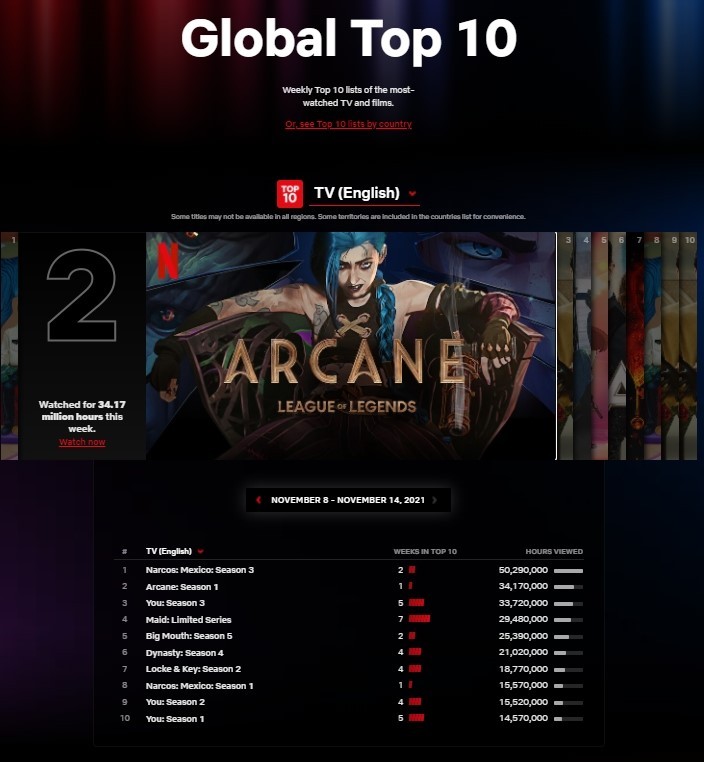 Unlike other content on Netflix, the animation is released in sets of three -- three new episodes come out every Saturday.

Creative content based on games is nothing new for the company.

After hosting an art exhibition titled “The Summoning” in 2015, featuring paintings of its champions and in-game stories in Korean, Riot Games shifted its attention to music.

The virtual K-pop girl band K/DA was unveiled at the Worlds 2018 Championship with an augmented reality performance of its first song, “Pop/Stars.” The video got more than 460 million views on YouTube, making K/DA the sixth K-pop artist to break through the 100 million views barrier, following in the footsteps of Psy, BTS and Blackpink.

An orchestra performed music from the game at the Sejong Center for the Performing Arts in Seoul in April.

Though “League of Legends Live: The Orchestra” was the first performance of game-based music at the Sejong Center, it was a sold-out affair.

The last three episodes in the nine-episode series will be available on Netflix on Saturday at 5 p.m.