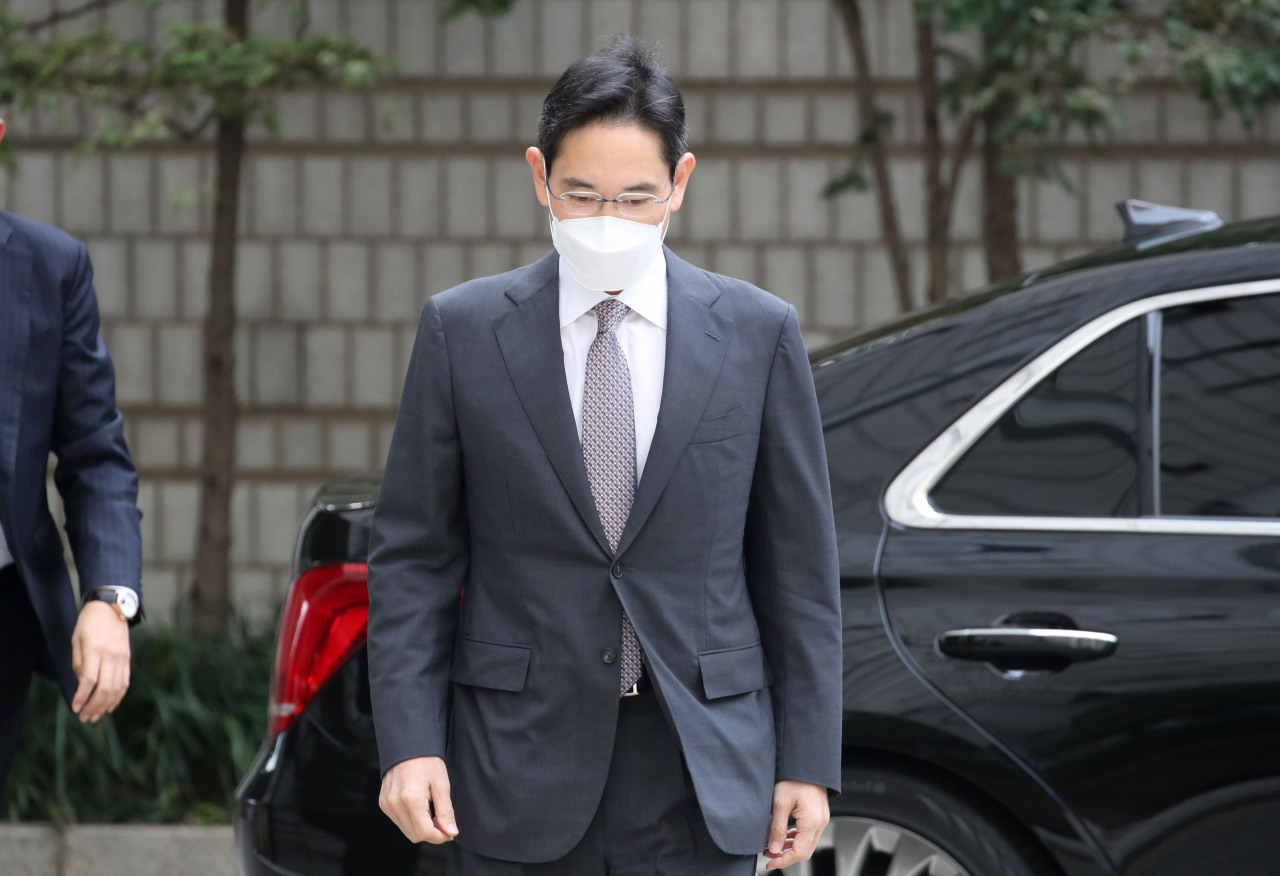 Lee Jae-yong, vice chairman of Samsung Electronics
Monday marks the first anniversary of the death of Lee Kun-hee, the chief of South Korea’s largest conglomerate Samsung and its flagship unit Samsung Electronics. But the world’s No. 1 producer of smartphone and memory chips still seems to lack a clear direction, with the charismatic leader gone.

Amid news about a global “chip war,” or aggressive bets by chipmakers in the US, Taiwan and elsewhere to alter market dynamics for their strategic interest, Samsung is seen to be dragging its feet to finalize a major investment plan.

Shares in Samsung Electronics remained depressed after a brief rally late last year, frustrating legions of retail stock investors, many of whom religiously bought the stock little by little monthly over bank savings.

Amid all this, Samsung Group’s new chief, the late chairman’s eldest son Lee Jae-yong, is tied down with legal woes.

Since Chairman Lee died, the junior Lee, who is vice chairman of Samsung Electronics, has spent seven months behind bars, convicted of bribing former President Park Geun-hye in an infamous scandal that led to Park’s impeachment in 2016.

He was released on parole in August, but currently stands trial on charges of fraud and stock manipulation.

Every Thursday, he attends court hearings. Last week saw the 19th court session of the trial that is progressing at a snail’s pace, with more than 200 witnesses to be summoned and over 210,000 pages of investigative records to be reviewed.

“Due to the parole condition that restricts free travel and the ongoing trial sessions on the inheritance scheme every week, (the vice chairman) is keeping an extremely low profile,” said a Samsung official.

Lee is also waiting a final court verdict, expected Tuesday, for alleged illegal use of the drug propofol. Prosecutors have requested a fine of 70 million won ($59,093) to be given to the executive, with a surcharge of 10.7 million won, accusing him of receiving propofol injections 41 times from January 2015 to May 2020.

Another legal risk for Lee was raised by a domestic investigative journalism organization recently, which alleged the Samsung vice chairman had established a paper company in the British Virgin Islands for yet unknown purposes in 2008.

Last week, prosecutors decided to look into the allegation, foreshadowing another set of investigations and legal proceedings.

Although the drug use and the paper company suspicions are considered major issues compared to the ongoing trial over stock manipulation charges, they all add up to the perceived risk of Samsung’s top leadership weighing down its stock performance, market analysts say.

Although Samsung has reported robust earnings throughout the time, owing to the boom cycle in the semiconductor market, its share value reflected investors’ unease about uncertainties surrounding the conglomerate.

Samsung shares, one of the most popular stocks among retail investors here, hit the year’s lowest of 56,000 won on Nov. 2, 2020, one week after Lee’s death. But the value rebounded soon after and reached a new high of 96,800 won on Jan. 11, one week before the junior Lee was put behinds bars again.

Since then, the shares have remained bearish from February through October at around 60,000 won, even after Lee was released on parole on Aug. 13.

“There were expectations after Lee Kun-hee’s death about Lee Jae-yong’s new Samsung briefly, but the second imprisonment should have affected the share value among foreign investors as they saw the event as a major risk,” said a market analyst.

However, many South Koreans and investors hope to see the new chief take full charge of Samsung and drive changes.

Much of the attention is on Samsung’s final decision over a new chip foundry plant to be built in the United States, which would be a sign of Samsung’s determination for enhancing its chip business amid a global struggle for the chip market’s leadership triggered by the US government.

Although Samsung officially has three chief executives who are in charge of operating the empire’s chip, smartphone and consumer electronics businesses, such major investment projects like the $17 billion foundry plant cannot be executed without the vice chairman’s decision.

“This is what foreign investors consider to be a structural limit of Korean chaebol companies, and it’s why they keep an eye on Lee’s status in making their investment decisions on Samsung’s future,” said a senior official from an investment banking firm.

Despite the burdens of legal risks, the vice chairman seems to be working on rebuilding his own Samsung anyhow.

Rumors continue to circulate about large-scale restructurings of Samsung affiliates. 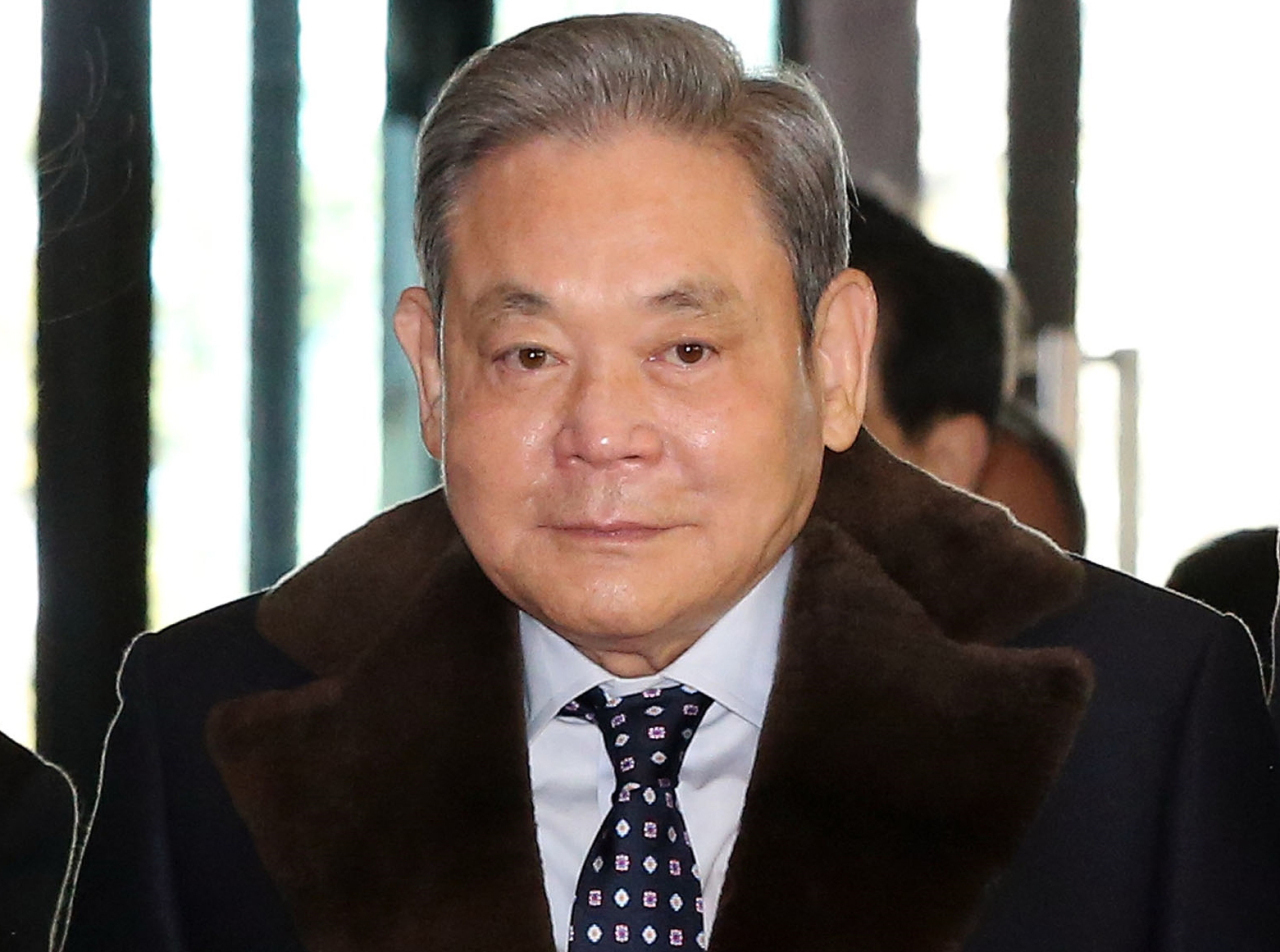 Late Samsung Chairman Lee Kun-hee
Samsung is actually in the process of trimming its smartphone and consumer electronics staff through voluntary retirement programs, a move viewed as part of the vice chairman’s determination to further strengthen the semiconductor business.

The rumors of restructuring also include a possibility that Samsung could sell its network business. US-based Cisco is said to be one of the potential buyers.

“Expectations are growing within the company that major plans like the US chip investment and network sale could be announced when [Lee Jae-yong] makes a comeback,” said a Samsung employee.