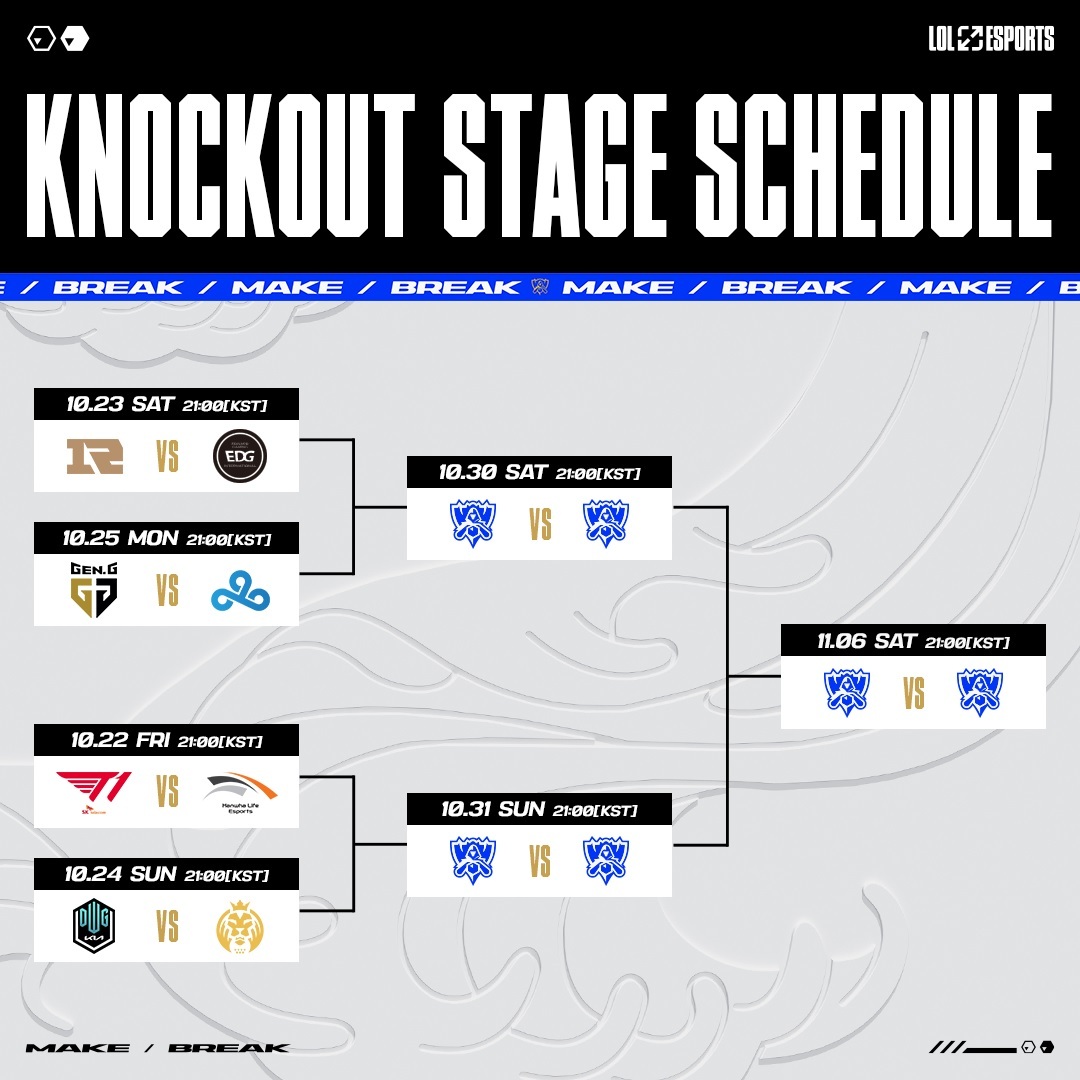 Bracket results for the quarterfinals, starting Friday (Riot Games)
The chances of Korean teams facing each other in the semifinals -- or even in the finals -- of the League of Legends World Championships have increased, as the Korean teams qualified in their respective group stages.

The only major upset in the group stage this year was the failure of FunPlus Phoenix of China, considered to be one of the favorites to win this year’s LoL World Championship.

The quarterfinals are scheduled to kick off with an inter-Korean matchup Friday evening between T1 and Hanwha Life Esports, a repeat of the 2021 LoL Champions Korea’s selection match for Worlds 2021, in which T1 beat Hanwha 3-2. One match is played per day starting Friday evening, ending with Korea’s Gen.G facing America’s Cloud9 on Monday. 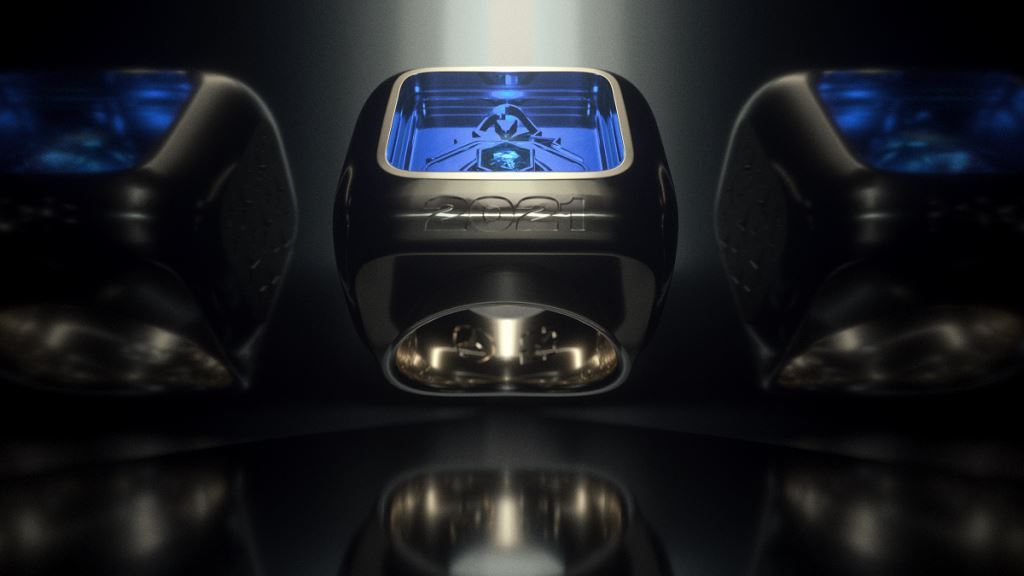 
Jointly designed by Riot Games and Mercedes-Benz, the 18-karat white gold custom-cut sapphire and diamond ring will be presented to the winner of Worlds 2021, when the team hoists the Summoner’s Cup.

Worlds is one of the most popular global esports events. Last year’s LoL World Championships Finals were broadcast in 16 different languages on 21 platforms, recording an average viewership of 23 million people, according to Riot Games.