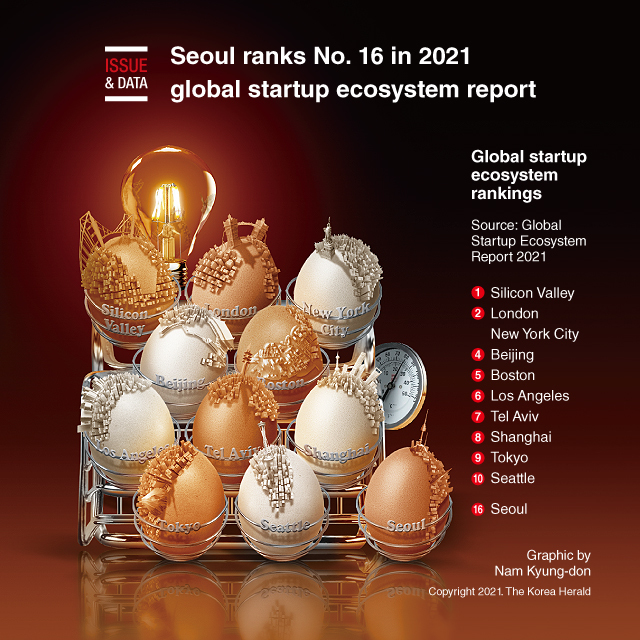 Seoul has the 16th-best startup ecosystem among cities around the world, an annual report by a San Francisco-based research firm showed.

According to Startup Genome’s Global Startup Ecosystem Report 2021, South Korea’s capital ranked No. 16 on the list of 280 cities across 100 countries in terms of the competitiveness of its startup ecosystem, up four spots from last year.

Seoul first appeared on the list in 2017 and entered the top 20 last year.