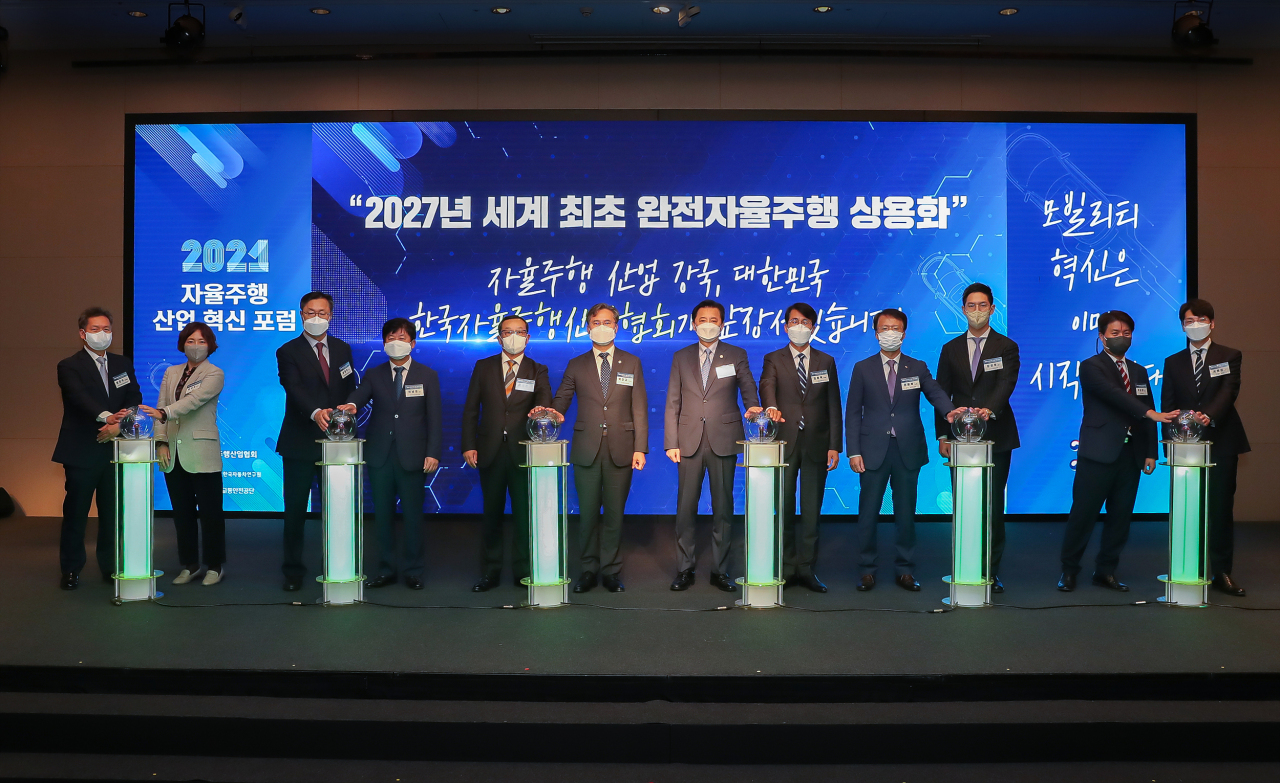 Government officials and company executives pose during the launching ceremony of the Korea Autonomous Industry Association in Seoul on Wednesday. (Katech)
Private and public stakeholders in the development of self-driving cars have established the Korea Autonomous Industry Association on Wednesday in order to better prepare for the coming new mobility era.

Aside from private firms, two state-run organizations -- the Korea Automotive Technology Institute (Katech) and the Korea Transportation Safety Authority -- led the inception of the new body.

“The Korea Autonomous Industry Association will establish the foundation for development of Korea’s autonomous industry and promote technological advancement to enhance the safety and convenience for the people,” said Cho Sung-hwan, president of Hyundai Mobis, an auto parts making affiliate of Hyundai Motor Group. Cho has assumed the inaugural chairmanship of the new association.

The KAIA is committed to making South Korea, home to global brands like Hyundai and Kia and leading electric car battery producers, a leader in the autonomous driving field, officials said. It will lead cooperation among private companies and the government on agendas related to autonomous driving, and will break the barrier between industries to create a new market ecosystem.

About 70 companies from different industries, including cars, IT and online platforms, have joined the association as inaugural members, according to Katech.

In the forum that followed after the launching ceremony, Seo Seung-woo, an electrical and computer engineering professor at Seoul National University, highlighted the importance of software in autonomous driving during his keynote speech.

“To enhance competitiveness of the autonomous driving industry, it is crucial that the country not only work on hardware development and infrastructures, but also gain strengths in the software, which the country is relatively weak at,” Seo said.