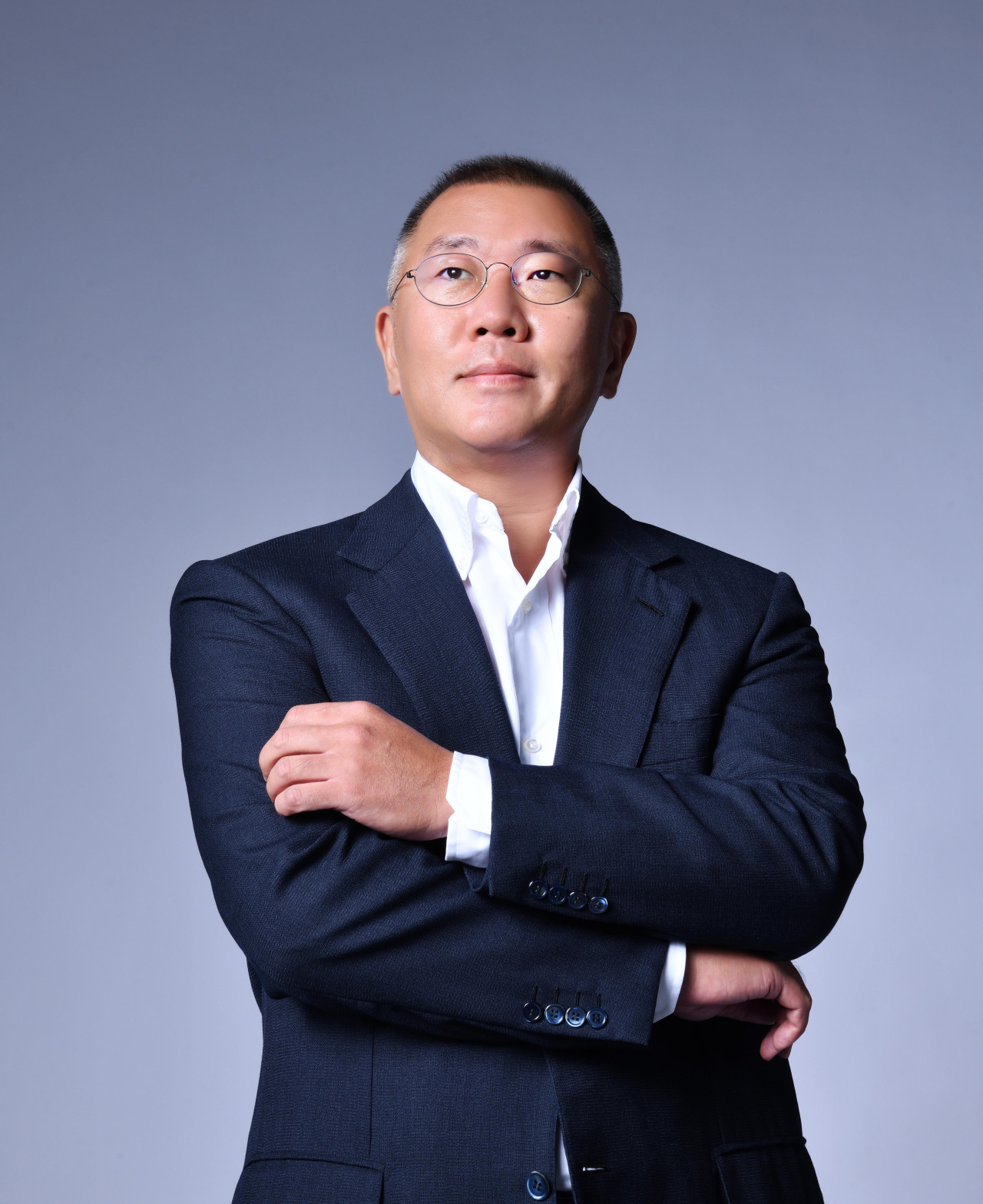 With the new chief at the helm, Hyundai Motor has embarked on a journey of transforming into a future smart mobility company.

According to Hyundai officials on Monday, Chung, who inherited the top job from his father and now honorary group chairman Chung Mong-koo last year, has always emphasized that the future lies on resolving problems that people find most difficult to solve.

For him, the solutions are robotics, urban air mobility, autonomous driving and hydrogen.

Chung’s first M&A since taking office was in the robotics sector, acquiring a 80 percent stake in the US robotics unicorn Boston Dynamics.

The group is currently developing the Factory Safety Service Robot with Boston Dynamics.

UAM is also an important pillar of the Hyundai Motor Group that aims to create safe and free mobility.

The company had announced that they will be showcasing an electric UAM model apt for city mobility by 2028.

Hyundai is also speeding up the transition to eco-friendly vehicles by releasing their EV models such as Ioniq 5, EV6, and GV60.

Chairman Chung has also been specially investing in hydrogen vehicles, seeing hydrogen as a future solution.

Earlier in September, the company said they aimed to achieve carbon neutrality by 2045.

Under Chung’s lead, the group’s two automakers, Hyundai Motor and Kia, are solidifying their brand image as eco-friendly brands with sales of eco-friendly cars between January to September increasing 68 percent on-year.

Hyundai Motor Group added that their chairman tries to communicate without barriers with employees and innovate organizational culture.

Chung promised employees during a town hall-style meeting last March that he will work on offering incentives and paying attention to human resources affairs, pointing out that what matters is not becoming No. 1 in car sales, but becoming a company where talented people want to work at.