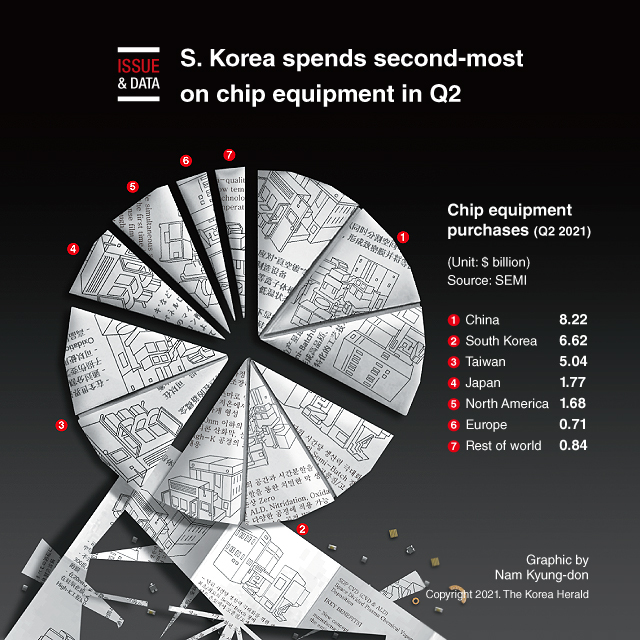 South Korea was the world‘s second-largest spender on chip equipment in the second quarter of the year, a report showed, amid a global semiconductor shortage.

South Korea, home to major memory chip producers Samsung Electronics and SK hynix, invested $6.62 billion in chipmaking equipment in the April-June period, up 48 percent from a year ago, according to quarterly billings data from SEMI, a global industry association representing companies in the electronics design and manufacturing supply chain.

But compared with the first quarter, when the country topped the ranking with $7.31 billion, its spending declined by 9 percent.

China reclaimed the top spot with $8.22 billion after its quarterly billings soared 79 percent from a year earlier and 38 percent from the previous quarter. (Yonhap)