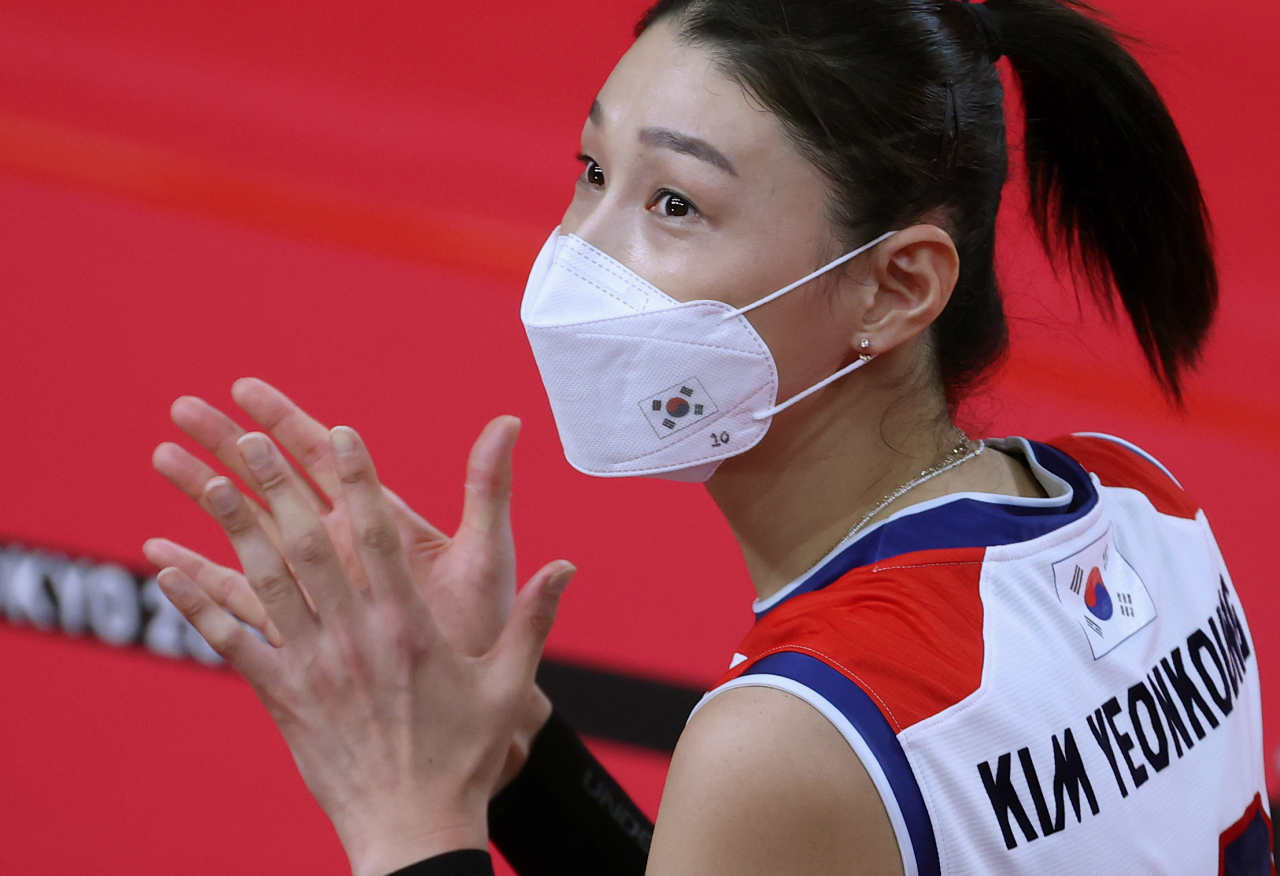 South Korean volleyball star Kim Yeon-koung finalized her retirement from international play on Thursday, following a meeting with the head of the sport's national governing body.

The Korea Volleyball Association (KVA) announced that Kim reaffirmed her decision to leave the national team in a meeting with KVA President Oh Han-nam earlier Thursday.

Kim had first revealed her plans to retire from international play on Sunday, moments after South Korea's loss to Serbia in the bronze medal match of the Tokyo Olympics.

But after arriving back home on Monday, Kim left the door slightly open for a possible return, saying she would have to discuss her future with Oh before finalizing her decision.

Oh had previously said, while he wanted the 33-year-old player to stay on, he would also respect Kim's wishes.

Kim is widely regarded as the greatest volleyball player ever to come out of South Korea. She made her senior national team debut in 2005 and single-handedly turned South Korea into an international force.

With Kim leading the attack, South Korea reached the semifinals at two of the past three Olympic Games and won gold medal at the 2014 Asian Games.

Kim, who will continue her club career with Shanghai Bright Ubest in China, thanked her coaches and teammates she has had over the past 16 years.

"I wouldn't be the player that I am today without them," Kim said in a statement released by the KVA. "The time I've spent on the national team has been really meaningful to my life. I've enjoyed it so much. Though I am leaving now, I believe the new generation of players will continue to do the country proud."

Oh said he was grateful for Kim's devotion to the national team.

"As the head of the national federation, I have been extremely fortunate to have met such a great player," Oh said. "A part of me wishes that she would play for the country a little longer, but she has already accomplished so much. I should respect her future plans and her decision to retire from the national team. I will continue to cheer for her for the rest of her playing career."

The KVA said it proposed a retirement ceremony for Kim but the player wanted to have it after her club career finishes.

In Tokyo, Kim carried the underdog South Korea on her back to an unlikely run to the final four. South Korea had a couple of five-set victories in the preliminary round, including a thriller over Japan, to reach the quarterfinals. South Korea, which entered the Olympics ranked 14th in the world, then upset world No. 4 Turkey in the quarterfinals in another five-setter, before losing to No. 2 Brazil in the semis and then No. 6 Serbia in the bronze medal match.

She finished second overall with 136 points in Tokyo. (Yonhap)