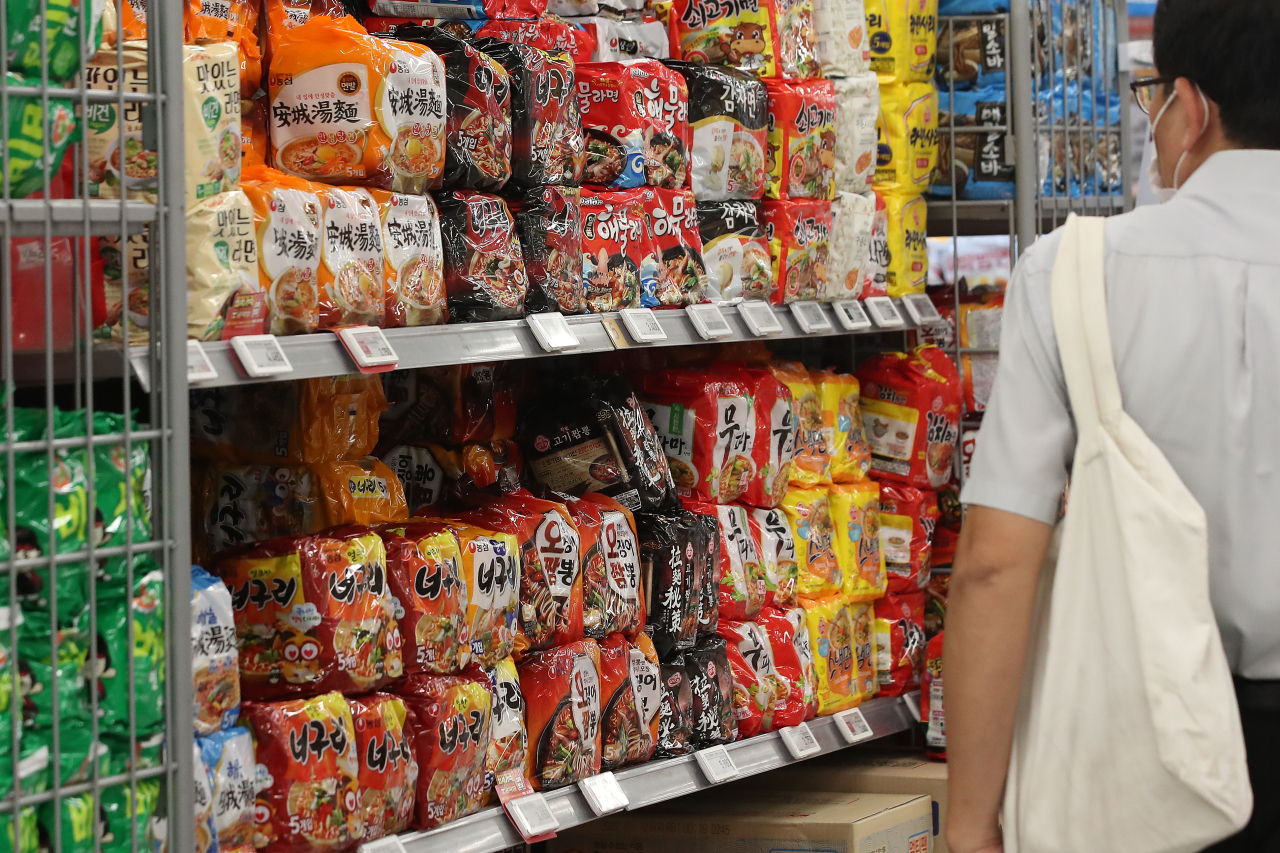 Packaged instant noodle products are stacked up at a discount store in Seoul on Monday. Customs data shows exports of Korean ramen rose to an all-time high in the first half of the year. (Yonhap)
In a sign of growing popularity, revenue from South Korean instant noodle exports reached a record high of 368.7 billion won ($319 million) during the first half of this year, according to data from the Korea Customs Service.

The figure broke the previous record of $302.8 million set the same time one year ago and was up 5.8 percent.

When broken down by country, China was the largest importer of South Korean instant noodles where $68.13 million worth was sold.

The US was the second-largest market with $37.3 million followed by Japan and Taiwan where the products racked up $33 million and $16.2 million in export revenue, respectively.

“There are multiple factors. Nongshim, for instance, entered the US market in the 70s and China in the 80s which means the company had more time for people to be familiar with them,” said one industry official who declined to be named.

But without decades of efforts, the company might not have capitalized on the marketing opportunity.

“Even if Jjapaguri had suddenly gained popularity, if it had not been available locally, the buzz would have soon faded away. But because those products were available at supermarkets for everyone to buy, I think it led to purchasing them and raising brand awareness, prompting people to try other brands,” the official said.

Buoyed by the fire noodle challenge on YouTube, Buldak, which is being sold in 85 countries, saw its export revenue rise from 10 billion won in 2015 to 300 billion in 2020, according to the company,

It is worth noting, however, that export growth rates for South Korean instant noodles suffered a drop in the first half of this year compared to last year’s 37.4 percent jump.