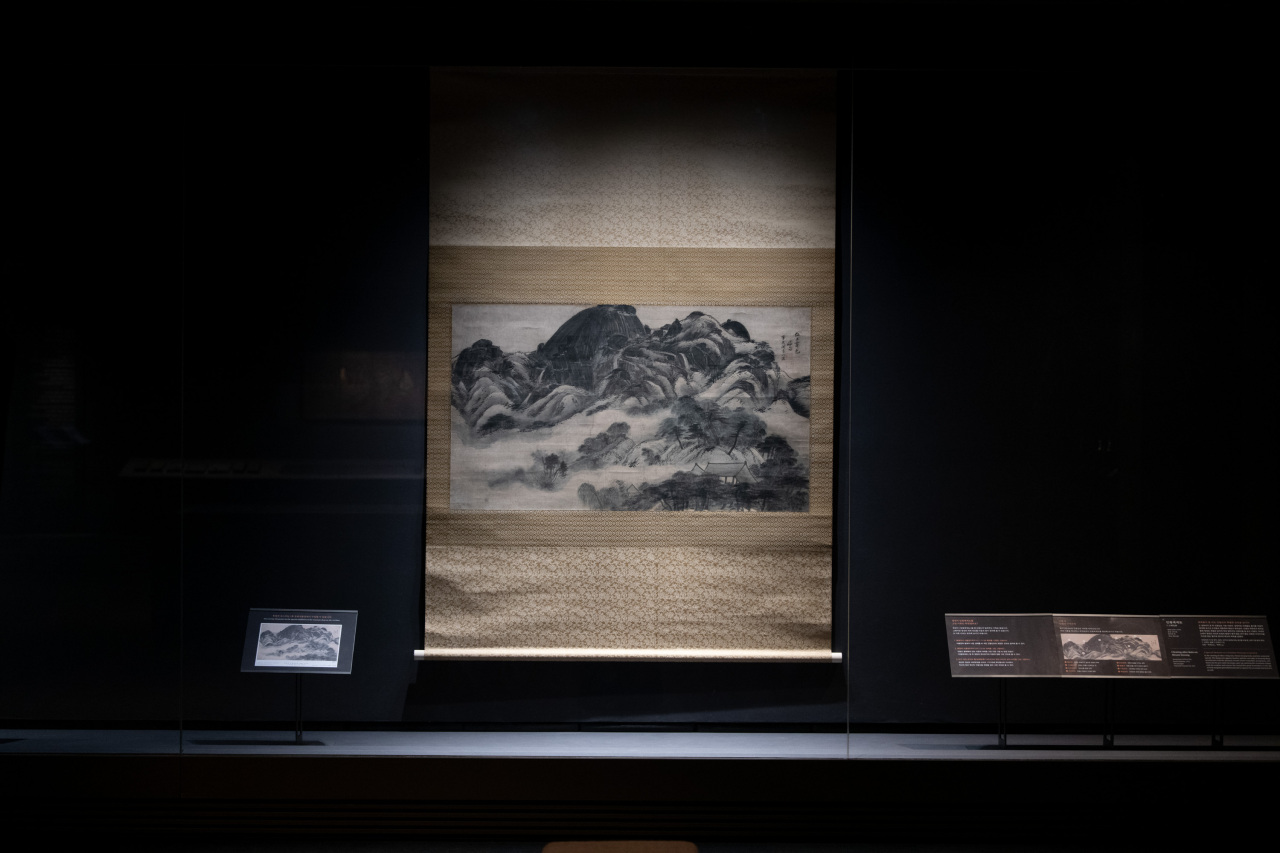 An installation view of “A Great Cultural Legacy: Masterpieces from the Bequest of the Late Samsung Chairman Lee Kun-hee” at the National Museum of Korea (NMK)

The title “A Great Cultural Legacy: Masterpieces from the Bequest of the Late Samsung Chairman Lee, Kun-hee” is befitting of the massive trove on display at the National Museum of Korea which opens to the public Wednesday.

The collection by the late business tycoon appears to show he had much appetite for amassing art as he had for growing his conglomerate group.

“We selected items that have artistic and historic value for this exhibition,” NMK curator Lee Soo-kyung said during a press preview on Tuesday.

A total of 77 items, including metal craft, porcelain, bibliographic materials, calligraphies, paintings and wooden furniture, were selected from the more than 21,600 items that the Lee bequeathed to the museum. Among those on display during the two-month exhibition are 28 state-designated National Treasures and Treasures.

“Our main purpose is to show the characteristics of Lee Kun-hee’s collection. It encompasses diverse items from different periods throughout Korean history,” NMK curator Lee said.

The displayed items span from the prehistoric era to the early 20th century. 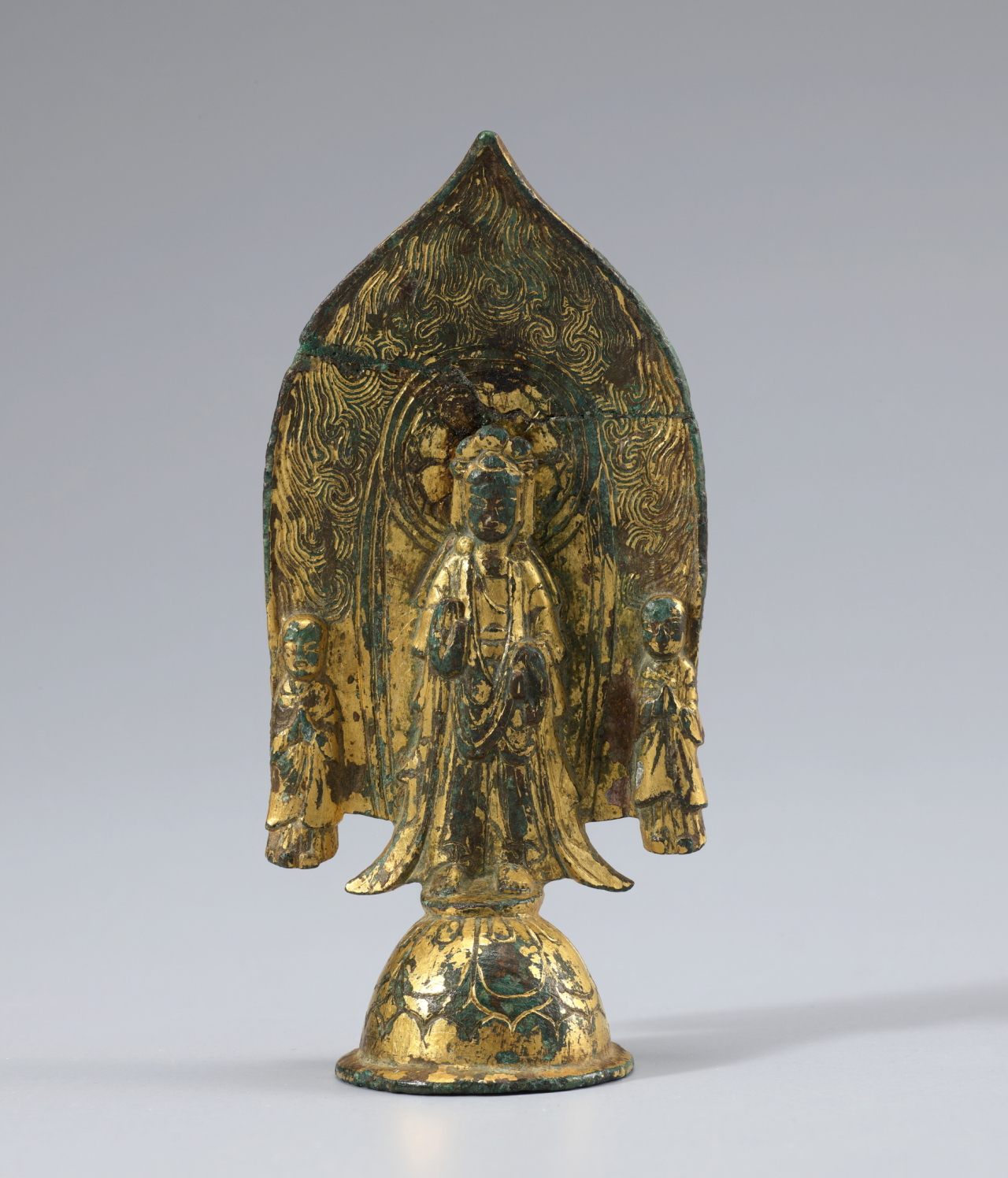 Joseon-period painter Jeong Seon painted the powerful landscape at the age of 76 in 1751.

Curator Lee explained that the museum selected the work as the exhibition’s centerpiece because it meets the criteria of valuable artwork.

“When evaluating whether it is valuable, we look into how large they are and the level of perfection as well as how much the artist understands the subject he is drawing,” Lee said. “Through that evaluation process, we found the painting to have the highest value among the donated items.”

She added that the artwork also shows Jeong Seon’s unique style of painting in strong and fast strokes.

Although there are no items at the exhibition that are being displayed for the first time, the curator said the special exhibition will still help enhance the visitors’ understanding of the valuable items.

“Jeong Seon’s painting is very detailed. This is because he knew the mountain intimately from living in the neighborhood. We wanted to show the visitors this sort of interesting facts of each piece,” said Lee of NMK.

Lee Ae-ryung, who heads the Fine Arts Division at NMK, also added that the painting was chairman Lee’s first purchase of what would later grow into a massive collection. 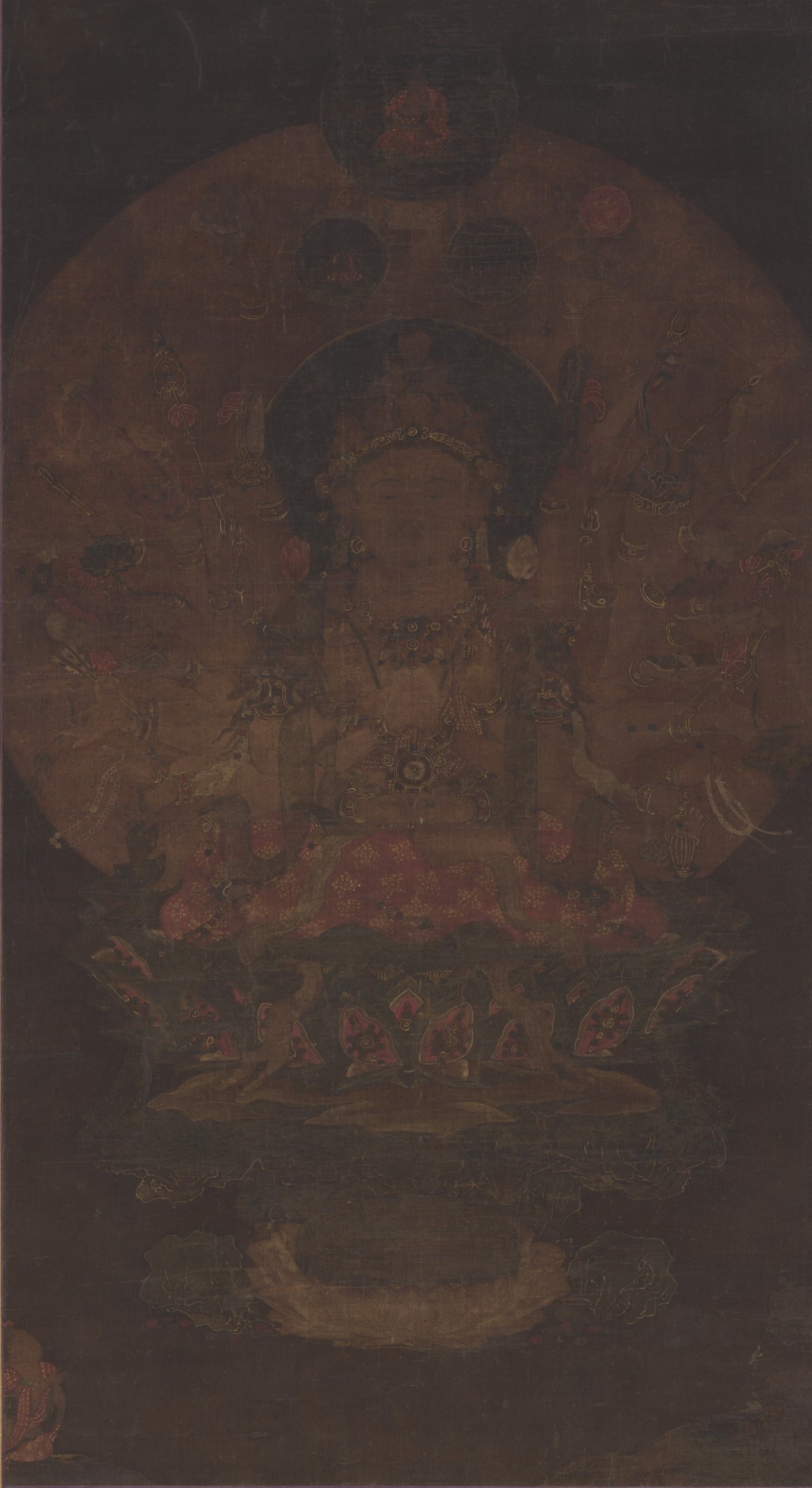 Treasure No. 2,015 “Thousand-Armed Avalokiteshvara,” the only extant painting of its kind from the 14th-century Goryeo Kingdom (NMK)
According to the NMK, the four other most notable relics are: “Bodhisattva Triad with a Single Halo” (National Treasure No. 134) from the 6th century during the Three Kingdoms period; “Practices and Vows of Samantabhadra from the Flower Garland Sutra” (National Treasure No. 235) by Mungyeong from the 14th century during the Goryeo Kingdom; “Thousand-Armed Avalokiteshvara,” (Treasure No. 2015) which is the only existing painting of its kind from the 14th century; and “Sound of Autumn” (Treasure No. 1393) painted by Joseon court painter Kim Hong-do in 1805.

The late Lee’s interest in repatriating Korean cultural heritage from abroad can be seen at the special exhibition.

The museum curator Lee Soo-ran explained that the touchscreen, which shows infrared and X-ray photographs of the two Goryeo-era Buddhist paintings, provides more details that could not be observed with the naked eye.

“It has been some 700 years since those paintings were painted. They are in good quality but it has darkened due to the passage of time. And we cannot display them under bright lights because paintings can easily become discolored,” curator Lee Soo-ran said. “Infrared photography shows sketches that were done at the time and X-ray photography helps distinguish colors that were used by showing the mineral pigments.”

Lee Soo-ran added that such photographs of the two paintings had also been taken by Leeum, Samsung Museum of Art before, but the current display was of higher quality and far more detailed.

The infrared photography of “Thousand-armed Avalokitesvara” in particular shows many hands as well as numerous eyes that are drawn on the nimbus, Lee explained.

“There are not many Goryeo-era Buddhist paintings that exist today. There are several records about Thousand-armed Avalokitesvara but this is the only relic that was found,” Lee Soo-ran added.

Under current social distancing rules, the number of visitors will be limited to 30 people every 30 minutes. No exhibition catalog will be published, but images of the exhibits and the related information will be available on the museum’s website, according to NMK.

All tickets to the exhibition for the next 30 days were sold out on Monday.

The online booking starts at midnight every day on the museum’s website and allows visitors to make reservations for the next 30 days.