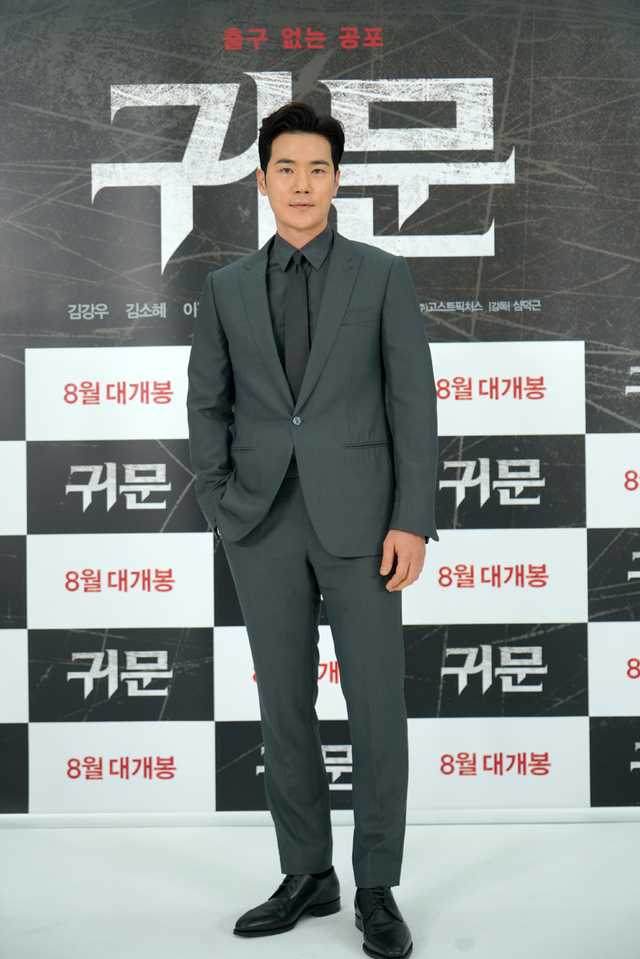 “I tried to make the audiences feel that they are not watching a movie in the theater. I wanted to bring them to the training center in the movie,” the director said during an online press conference held Monday.

Although his goal was not easy to accomplish, he said it was made possible by using Screen X technology. Screen X is a technology that projects footage onto the sidewalls as well as the main screen of a theater to create an immersive experience.

“I am not an experienced director so it was difficult for me to monitor one screen. But this time I had to oversee three screens for the Screen X version,” the director added.

In the film, a building manager murders guests and commits suicide in 1990 at the Guisari training center. Since then, suicides and deadly accidents have occurred every year at the center, forcing it to close its doors. After several years, ghost stories about a door, called “guimoon,” on the premises starts to spread. Rumors say no one has been able to return home after going through the door.

Despite the scary rumors, Do-jin (played by Kim Kang-woo), director of the Psychic Research Institute, and three university students who want to create a video about the building walk through the door.

Oh Yoon-dong, a producer of the Screen X version, said theatergoers watching it in 4DX are in for a treat.

“When blood drops on Won-jae’s head. A thick blood-like liquid will also drop on the audiences’ heads as well,” he said, adding that there are as much as 20 different effects.

In making the innovative film, director Shim added that he hoped that it could show horror films in a new light.

During the press conference, actor Kim talked about why he decided to take on the lead role.

“When I first met the director, since he was so eloquent, I thought he might be a fraud who only talks and does not have what it takes to be a good director,” Kim said. “We had a drink after that meeting and he started talking about the movie and I was convinced by his passion to make a new type of horror movie.” 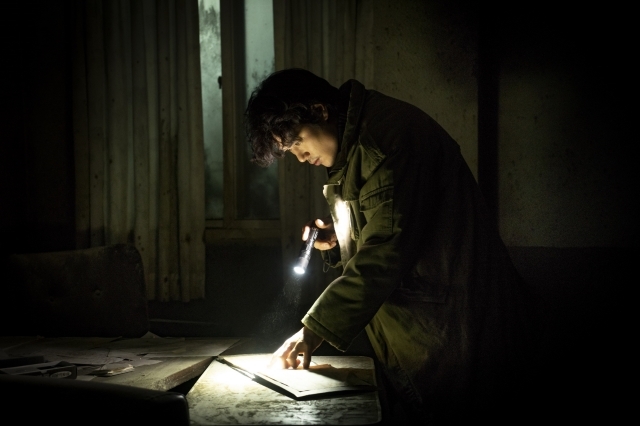 (CJ CGV)
The actor also talked about how the director sought to make the film as realistic as possible.

“It is easier to film on a built set. But instead of doing that our team found a shuttered training center and filmed our movie there,” Kim said. He added that he was able to better focus when performing his character because he felt scared when shooting inside an actual abandoned building.

“Instead of making props we mostly used the objects that were in the building,” the director said.

“Guimoon: The Lightless Door” will hit local theaters in August. A specific opening date has not been fixed yet.