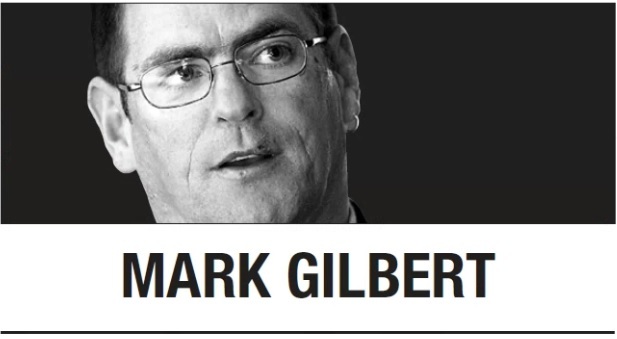 On Monday, British Prime Minister Boris Johnson is poised to lift almost all of the remaining restrictions imposed to fight the COVID-19 pandemic in England. Even as the delta variant drives a rebound in infections, the government is determined to get customers back into shops, diners back into bars and restaurants, people out and about. I’m going to skip the celebration.

For all of the claims that science would dictate the ebb and flow of restraints on civil liberties, the July 19 cessation of constraints, triumphantly called “Freedom Day,” seems entirely date-dictated rather than data-driven. According to Public Health England, weekly case numbers are back at levels last seen in January, with almost 144,000 people testing positive in the last week of June. Government scientific advisers are warning that lifting basic precautions next week could lead to as many as 200 COVID-19 deaths per day in August.

For me, those numbers justify my extreme caution during the pandemic. It turns out I‘m much, much more risk averse than I would ever have expected -- and remain so compared with the rest of my country. Since the first lockdown was imposed 16 months ago, I haven’t ventured more than an hour‘s walk from my home. The one exception was a three-day rental-car trip to the north of England last week to deal with some family business -- all of which was conducted outside in a pub garden. I’ve barely used public transport. I haven‘t eaten inside at a restaurant. I haven’t had a haircut since Christmas. Christmas 2019, that is.

Sure, I‘ve had both doses of vaccine. And I carry an N99 mask that says it has military grade, triple-layer technology that filters out just about everything including viruses. But the risk/reward trade-off (which I’ve spent three decades analyzing and writing about, albeit in the realm of finance rather than personal safety) seems blatantly skewed in favor of doing almost anything it takes to reduce the chances of catching the virus.

While the link between getting infected and dying or being hospitalized has been weakened, it hasn‘t been broken. And the nasty symptoms associated with so-called long COVID sound like far too high a price to pay for being able to watch a film at the cinema or attend a music gig.

For me, the most depressing aspect of the England soccer team’s failure to beat Italy to the European Championship trophy last weekend wasn‘t the result. It was the spectacle of 60,000 people crammed into the stands at Wembley Stadium, unmasked with social distancing clearly a non-starter. And those scenes were repeated in pubs all around the country.

We seem to be repeating some of the worst mistakes made at the start of the pandemic, but without the excuse of ignorance about the risks posed by the virus to absolve our collective foolishness. On March 11, 2020, my hometown team Liverpool hosted Atletico Madrid in our defense of the Champions League title we’d won the previous season. Some 3,000 Spanish fans traveled to the city to attend the match in the same week as their domestic league decided to bar fans from local matches.

It was the last full capacity soccer game in England before lockdown shuttered stadiums around the country, and it wasn‘t just my team that lost that night. By the end of that month, Liverpool had one of the highest infection rates in the nation, and it does today. Who can say how many deaths resulted from that one match?

Last month, reigning Formula One champion Lewis Hamilton expressed his concern at the prospect of 140,000 motor racing fans attending this Sunday’s Grand Prix at the UK Silverstone circuit. “It feels a bit premature to me,” he said.

What‘s particularly crazy about the British government’s seeming willingness to play fast and loose with the population‘s health is that it’s at odds with the prevailing atmosphere. An Ipsos MORI poll taken at the start of the month for The Economist showed 70% in favor of maintaining existing mask rules for another month, with more than half of respondents supporting restrictions until the virus is under control worldwide. And exchanging clear-cut rules for guidelines simply urging people to be cautious doesn‘t make sense.

What will it take for me to return to a more normal life? A drop in the number of new infections to a negligible level, for one thing. A hiatus during which time the virus fails to mutate into new, potentially vaccine-resistant strains would give me more confidence. And a faster global distribution of vaccines would also reassure me that everything’s being done to break this pandemic.

Until then, I‘m not letting my guard down - no matter what the government says.