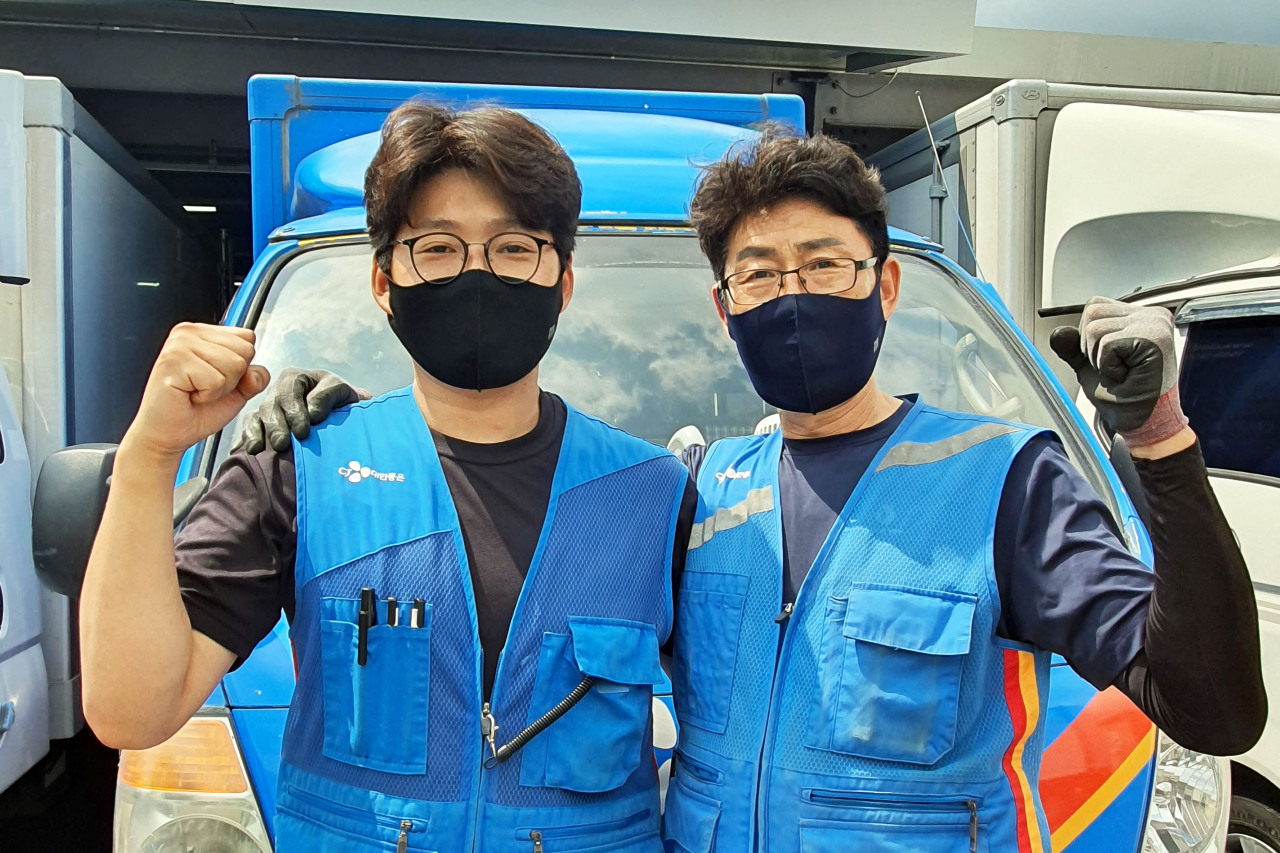 Delivery worker Kyung Hyun-doo and his father pose for a photo. (CJ Logistics)
More than 1 in 3 of delivery workers of CJ Logistics, the industry’s largest, are in their 20s and 30s, the company’s data showed Thursday, contrary to the popular perception that couriers come from older generations.

Once considered a “job for older men,” the company explained that improving working conditions and relatively high incomes have made delivery workers a more appealing job for younger job seekers.

On average, these younger delivery workers at CJ Logistics earned 6.94 million won per month before expenses during the first half of this year.

The figure is nearly twice more than the average salary of workers in the country according to data announced by Statistics Korea in February -- 3.09 million won.

“The idea that couriers earn as much as they work is spreading,” the company said.

But CJ Logistics’ estimate of the average salary has been criticized before by the Takebae Union, which represents couriers in the country.

In 2019, the union said the company failed to paint an accurate picture by ignoring agency fees in its estimate of the average annual net income for 2018, which stood at 52 million won after expenses.

Working as a business owner on their own, the lack of stress caused by an office hierarchy also helped attract younger staff to the job, the company said.

“I think the biggest appeal (of the job) is taking home as much as you work without having to worry about your boss like regular office workers,” Kyung Hyun-doo, a 26-year-old delivery worker at CJ Logistics was cited as saying.

Internal data from May also showed that some 2,700 delivery workers at the company were married couples while the number of those working with their parents, siblings or relatives stood at just over 4,000.