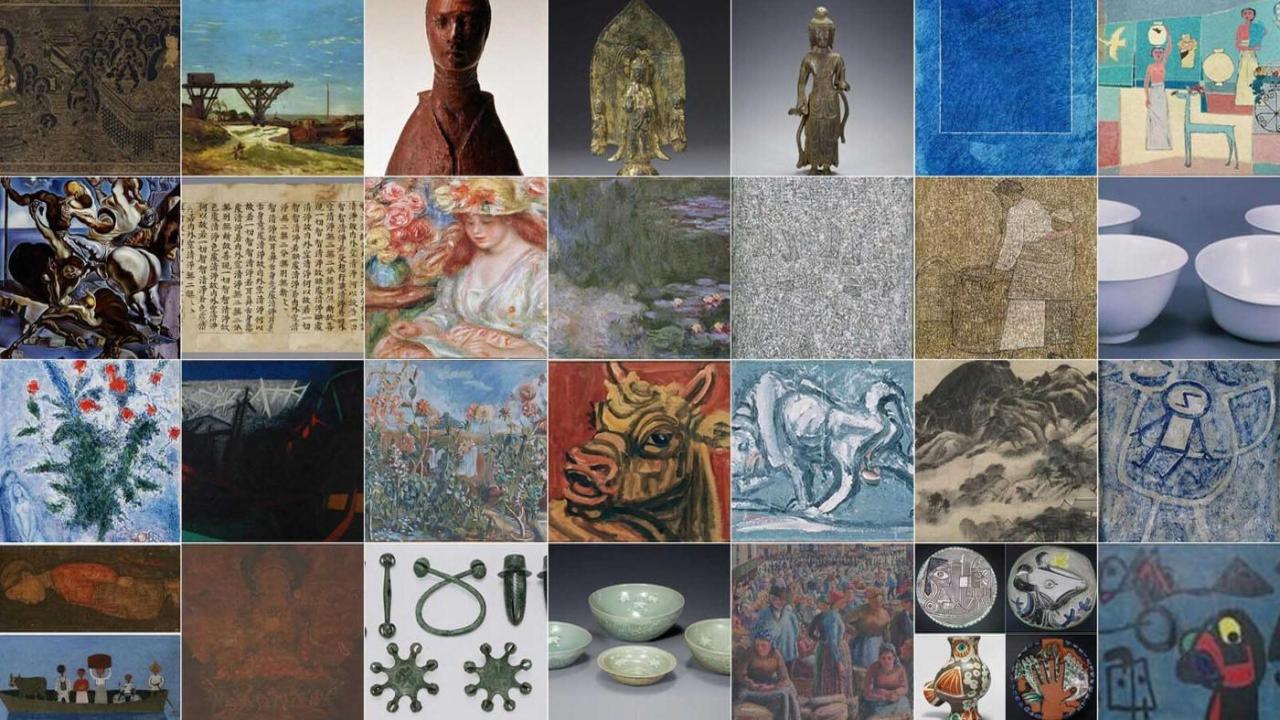 This composite photo, provided by Samsung Electronics Co., shows some of the 23,000 pieces of art donated by the late Samsung Group Chairman Lee Kun-hee. (Samsung Electronics Co.)
The government's plan to build a museum dedicated to late Samsung Chairman Lee Kun-hee's massive art collection has stirred a debate among art circles as well as local governments that were vying to attract the facility.

Last week, the culture ministry unveiled a plan to build the museum by 2026 or 2027 at two potential locations in central Seoul -- in Jongno and Yongsan wards. The announcement came roughly two months after Lee's family announced the donation of around 23,000 art pieces, including masterpieces by Korean and Western artists, such as Kim Whan-ki, Claude Monet and Salvador Dali. Lee died in October.

The decision obviously came as a disappointment for around 30 municipal governments -- ranging from the country's second-largest city Busan to Lee's birthplace Daegu -- that were aiming to attract the museum that will house the vast collection.

Provincial governments criticized the decision as a move aimed at further boosting cultural facilities that are already concentrated in the greater Seoul area -- a populous region where roughly half of the country's population lives.

The Busan city government called it "a one-sided decision that ignored provincial regions and did not go through a fair decision process in the least," noting how around 38 percent of national museums and galleries were built in the greater Seoul area over the past 10 years.

The city of Daegu also raised its voice, saying the decision shattered the wishes of people in non-Seoul regions who were looking forward to "balanced national development."

The Haeundae ward office in Busan, meanwhile, sent letters to provincial governments excluding those in the greater Seoul area and Sejong, urging them to join a campaign to build the museum outside of those areas.

Art connoisseurs and artists are also among those opposing the plan, questioning the museum's purpose.

In a statement issued Monday, a group of 677 art experts asked the government to reconsider the plan on bringing together artworks and cultural assets from various eras into one building. They called for a museum focused on modern artworks, demanding the government separate artworks from that era from contemporary artworks.

Artists in the country's southeastern region -- such as Busan, Ulsan and South Gyeongsang Province -- also held a press conference on Tuesday, asking the government to review the plan.

In a press conference held last week, Culture Minister Hwang Hee said the decision put "the public's right to enjoy culture at the center," stressing that approachability was one key factor in choosing the potential locations.

"(The decision) seemed to be the most optimal in that more people can enjoy them and that it can also lead to other areas, like tourism and business."

Yun Bummo, the director of the National Museum of Modern and Contemporary Art, Korea (MMCA), added that modern artworks are currently well preserved and exhibited at the MMCA in central Seoul, noting that the word "modern" is included in the museum's official name. (Yonhap)