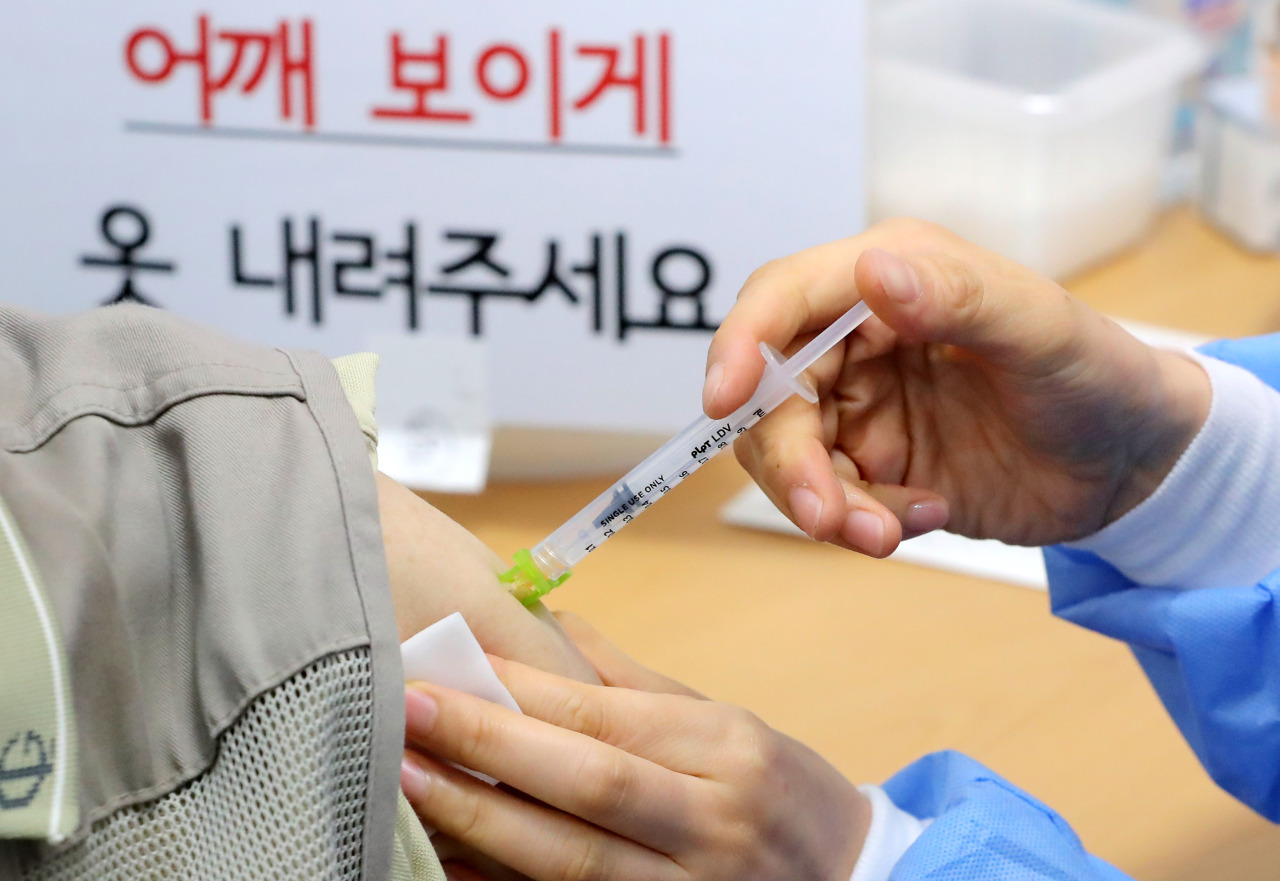 A health worker gives a COVID-19 vaccine shot at an inoculation center in Seoul on Saturday.

Health authorities on Monday said they have confirmed 105 administrative errors out of 14.79 million vaccinations given here.

Of the 105 errors, 85.7 percent or, 90 cases, involved administering vaccines to unauthorized people, according to the Korea Disease Control and Prevention Agency. Most of them were cases of giving the AstraZeneca vaccine to people aged under 30.

Due to risk of possible blood clots, health authorities since April 12 decided not to administer the AstraZeneca vaccine to people under age 30.

The KDCA said 10 cases were related to vaccine administration interval errors, mostly giving the second dose of a vaccine earlier than the recommended time, while five cases involved giving the wrong dosage amount of a COVID-19 vaccine.

No case of administering a lower amount of a vaccine dose has been counted into the KDCA's data yet. One medical clinic in Incheon reported that some 40 people were only given half dose of the AstraZeneca vaccine. Local authorities are currently investigating how many people have been actually administered with half dose of the vaccine.

South Korea currently administers two-part vaccines from AstraZeneca and Pfizer as well as Johnson & Johnson's single-dose vaccine supplied by the US government. (Yonhap)