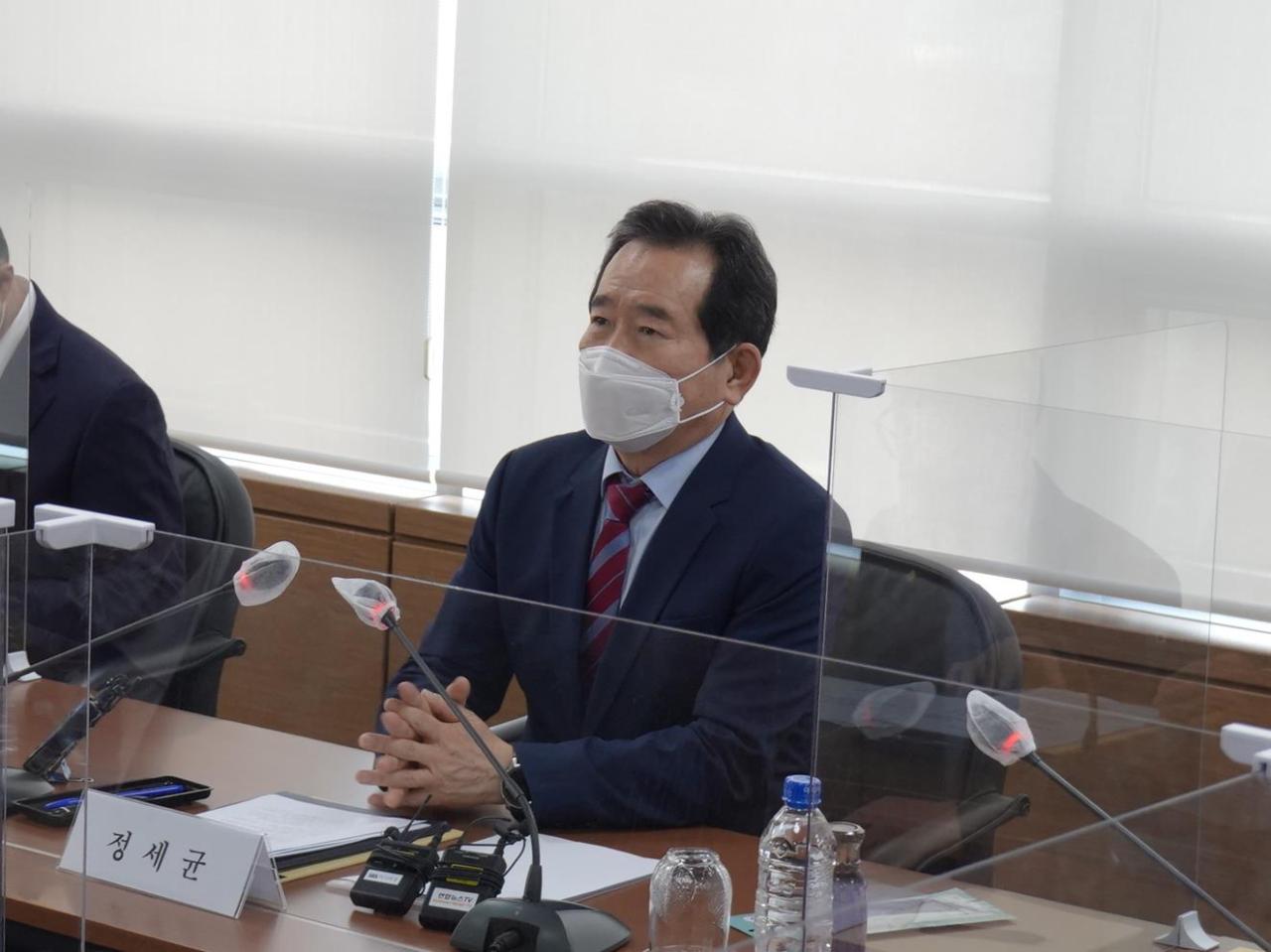 “Korea still lacks institutionalization of anti-takeover measures. I believe the country’s relatively short corporate history is the key reason behind the absence of a poison pill system and dual-class share system,” Chung said at a meeting with chief executive officers of listed firms here.

“Local VCs and startups with creditable skills but short of capital are vulnerable in keeping their management rights,” Chung said. “Since it would be risky to implement such measures on all the local firms right away, it can be a way to apply them to those firms first to see outcomes. When we see more positive functions of the measures, the government might implement them to other companies as well.”

The poison pill, or a shareholder rights plan, allows companies mired in a hostile takeover to increase shares among allies by issuing new shares to existing stockholders. It can also purchase rights to the shareholders at below-market prices.

The practice already exists in countries such as US, Japan and France, but not in the Asia’s fourth-largest economy. The dual-class share system is also prohibited in the local stock market.

Following Coupang’s splash market debut on the New York Stock Exchange in March, more local unicorns have set their eyes on overseas stock market listings. Some local experts and listed firms have attributed their outward-looking ambitions to the absence of dual-class share system.

Chung, however, said that “Korean Coupang’s US listing is a pride (to us),” adding it is not a negative phenomenon to see local firms to expand their presence in global markets. He then highlighted the importance of both the government and local firms’ duty in preparing effective laws and measures on management protection.