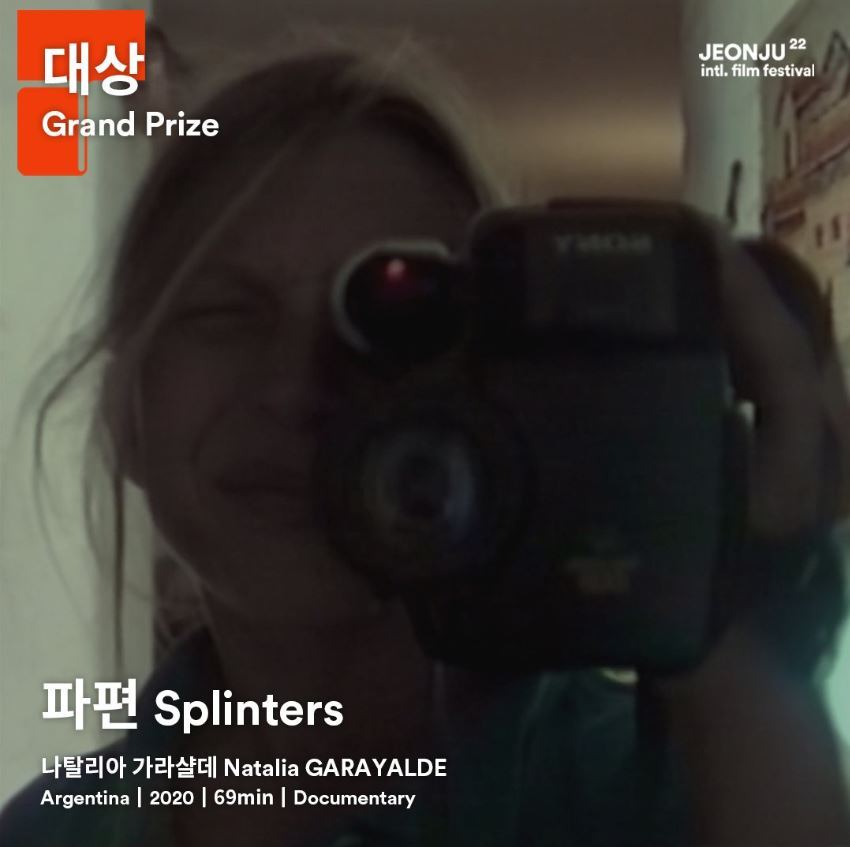 Under the international competition category, which focuses on new and emerging directors from around the world, Natalia Garayalde won the grand prize with her 69-minute documentary “Splinters,” about a deadly explosion at a military munitions factory in 1995 told through the lens of a 12-year-old girl. As a prize, Garayalde received 20 million won ($18,000).

Under the Korean competition category, “Kim Min-young of the Report Card,” co-directed by Lee Jae-eun and Lim Ji-sun, won the grand prize and was awarded 15 million won. 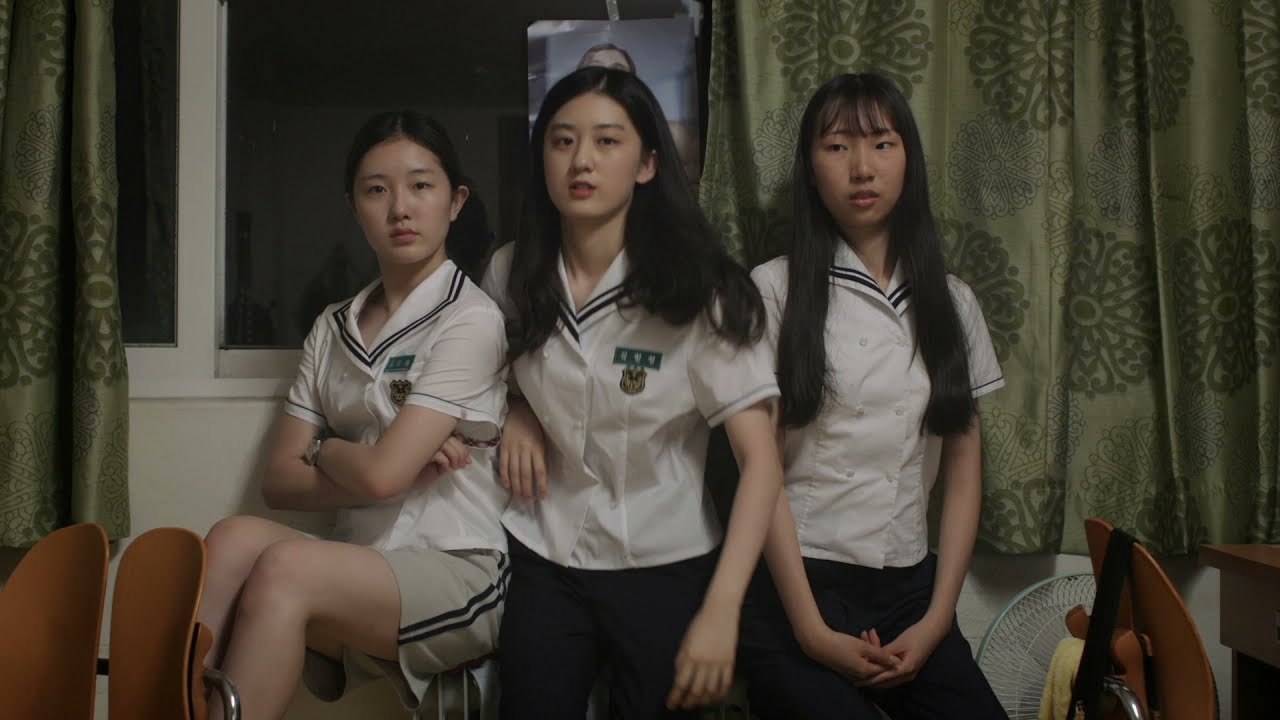 A scene from “Kim Min-young of the Report Card” co-directed by Lee Jae-eun and Lim Ji-sun, which won the grand prize in the Korean competition at the 22nd Jeonju International Film Festival. (Jeonju IFF)
The movie portrays the story of three girls — Min-young, Jeong-hee and Susana -- who became close friends in high school but start facing conflicts as they decided to pursue different lives after graduating. Jeong-hee works part-time at a tennis club while Min-young is preparing to transfer to another university. Susana left Korea to attend Harvard University in the US.

Actor Gong Seung-yeon, who played Ji-na, a woman who avoids all relationships, in “Aloners,” directed by Hong Seung-eun and actor Jeong Jae-kwang who played high school baseball player Gwang-ho in “Not Out,” directed by Lee Jung-gon won the best actor prizes under the Korean competition category.

In the Korean competition for shorts category, “Vacation Event” directed by Choi Min-young won the grand prize. This short film depicts a story of high school student Ga-hye, who does not have parents and has a younger brother that she has to take care of. To earn money she works a part-time job at a chicken restaurant and also steals items from others. 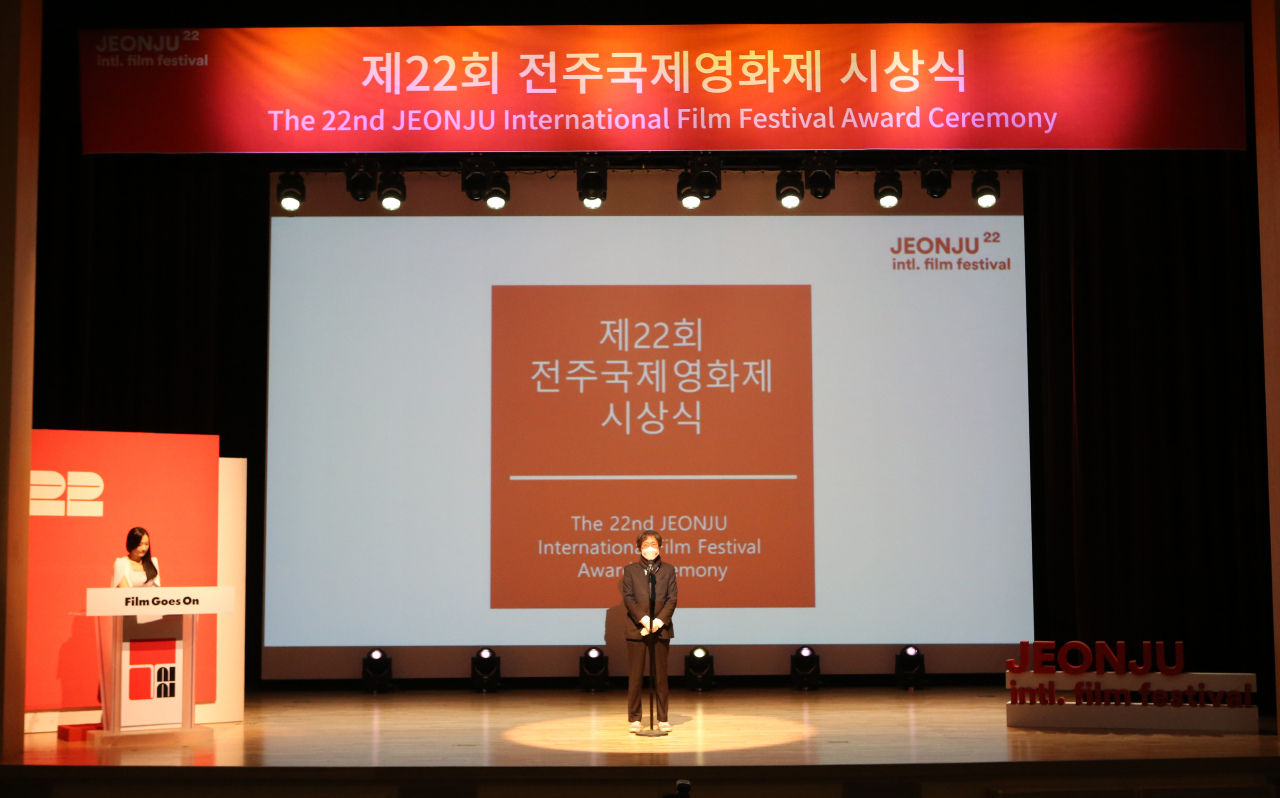 The 22nd Jeonju International Film Festival award ceremony takes place at the Korea Traditional Culture Center in Jeonju, North Jeolla Province on Wednesday. (Yonhap)
Under the slogan “Film Goes On,” this year‘s Jeonju International Film Festival kicked off on April 29 as a hybrid event screening 194 movies from 48 countries. The event runs until Saturday.

Meanwhile, this year’s closing film, which will be screened at Jeonju Cine Complex at 7:30 p.m on Saturday, is animation “Josep,” directed by Aurel. This movie tells a fictional story based on the life of a Spanish illustrator Josep Bartoli (1910-1995).