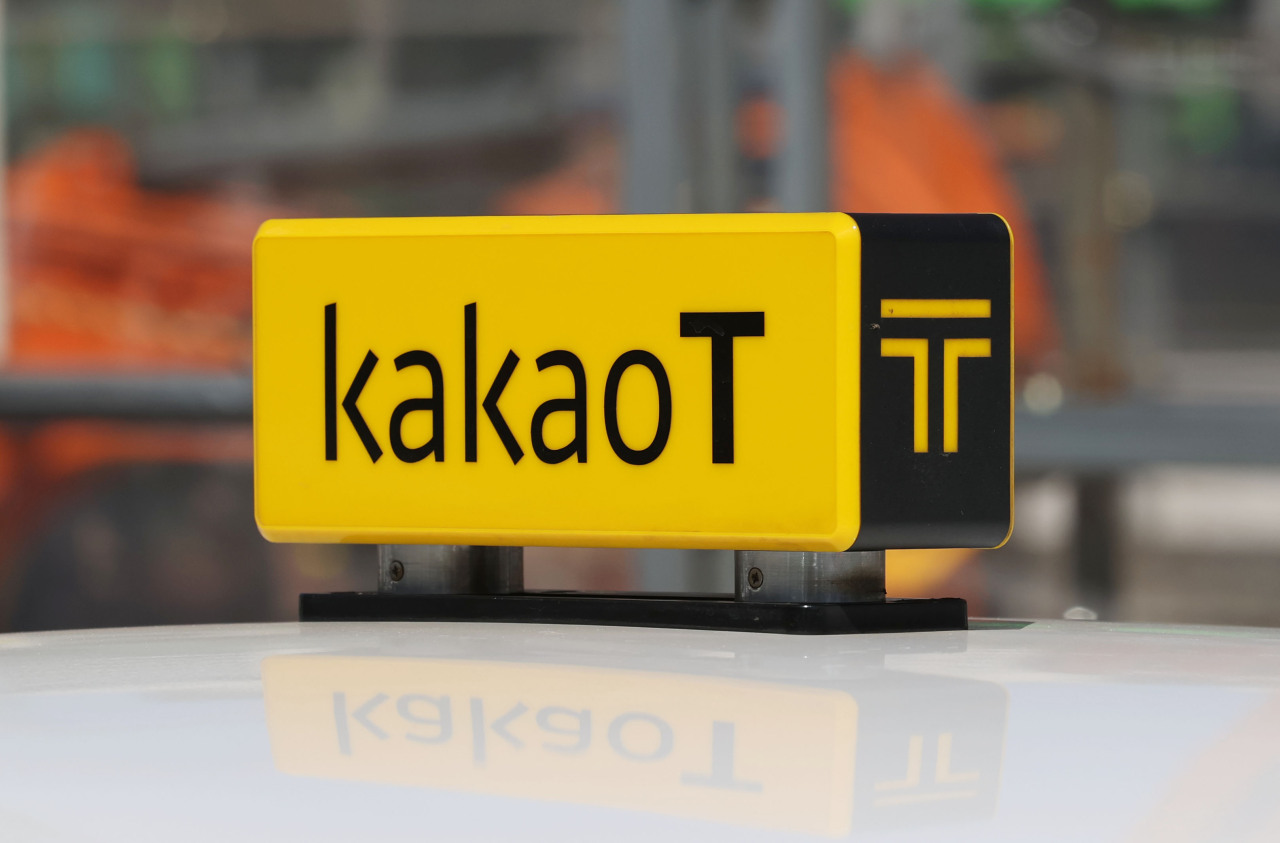 A Kakao T taxi is pictured outside Seoul Station. (Yonhap)
Kakao Corp., the operator of South Korea’s top messaging app KakaoTalk, posted a record-breaking revenue of 1.25 trillion won ($1.1 billion) for the first quarter, up 45 percent from a year earlier, the company said Thursday.

Its operating profit also rose by 79 percent to a record-breaking 157.5 billion won during the same period, largely on the back of its taxi-hailing and digital wallet services.

The relatively new platform business, including Talk Biz, Portal Biz and New Business, racked up 668.8 billion won in revenue, up 3 percent from the previous quarter and 51 percent from the same time one year ago.

First launched in 2010, KakaoTalk has been the unrivaled messaging app in the country, boasting 46.35 million monthly active users during the first quarter of this year, up 1.17 million from one year ago.

The app had 52.97 million monthly active users globally during the first three months of this year.

When broken down, its “new business” sector including Kakao Mobility and Kakao Pay saw its revenue jump 89 percent from the same time last year to 189.8 billion won -- the biggest yearly increase among all departments at the company.

An increase in sales from its taxi-hailing and transaction volumes of its mobile payment and digital wallet services helped contribute to the increase.

Talk Biz, which includes the company’s profit-generating businesses on KakaoTalk including in-app ads service KakaoTalk Biz Board, posted 361.5 billion won in revenue up 61 percent from the same time last year and 2 percent from the previous quarter.

Sales of its music content also dropped 3 percent on-year, though the figure is a 4 percent quarter-on-quarter increase. It posted 127.4 billion won in its IP business sales, up 55 percent from the same time last year thanks to an increase in video content sales and success of its record distribution business.

The company said it is set to publish an environmental, social and governance report outlining its corporate sustainability efforts sometime this month.