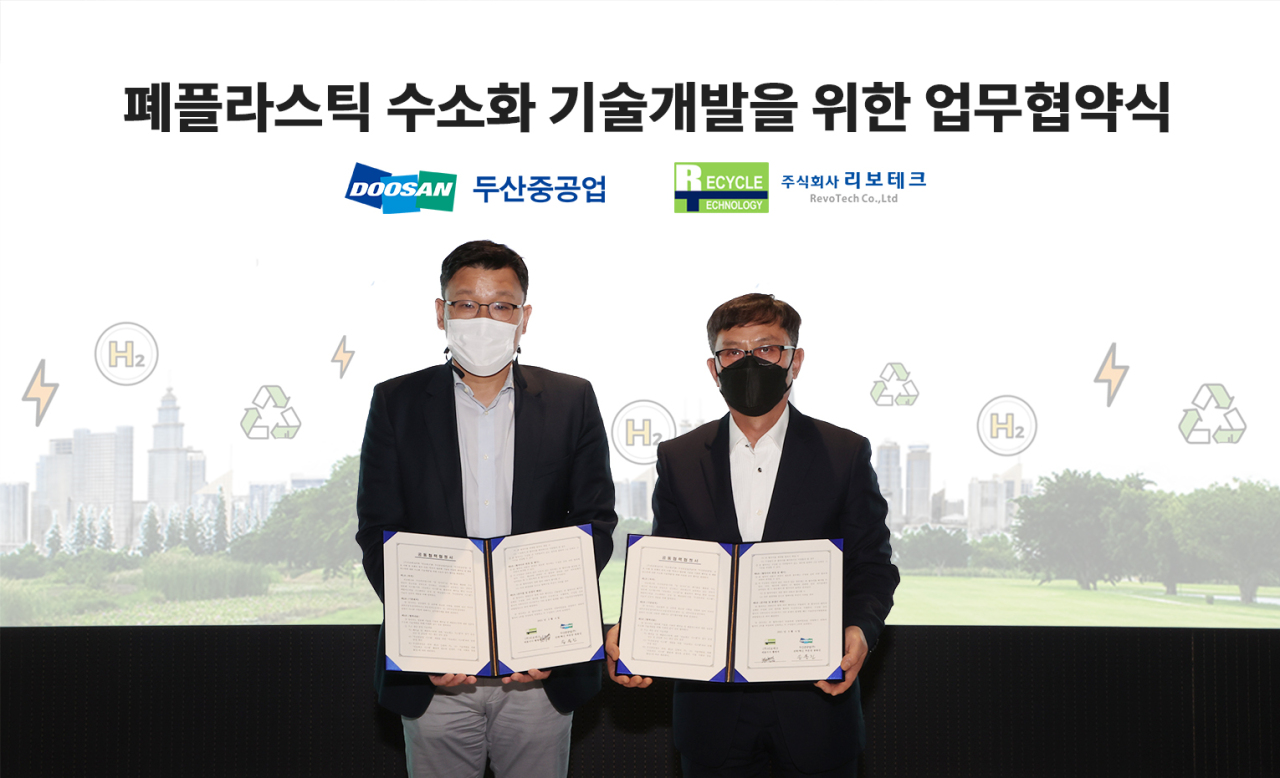 Doosan Heavy Industries & Construction will transform plastic waste into gases by heating it up, and extract hydrogen from those gases, the company said Thursday.

The initial goal is to develop within the year a hydrogen reformer that can produce 0.3 metric tons of hydrogen per day and install the equipment at RevoTech’s plastic waste processing facility in Mungyeong, North Gyeongsang Province, according to officials.

The next step, after conducting a feasibility study, will be to commercialize the technology in order to produce more than 3 tons of hydrogen per day.