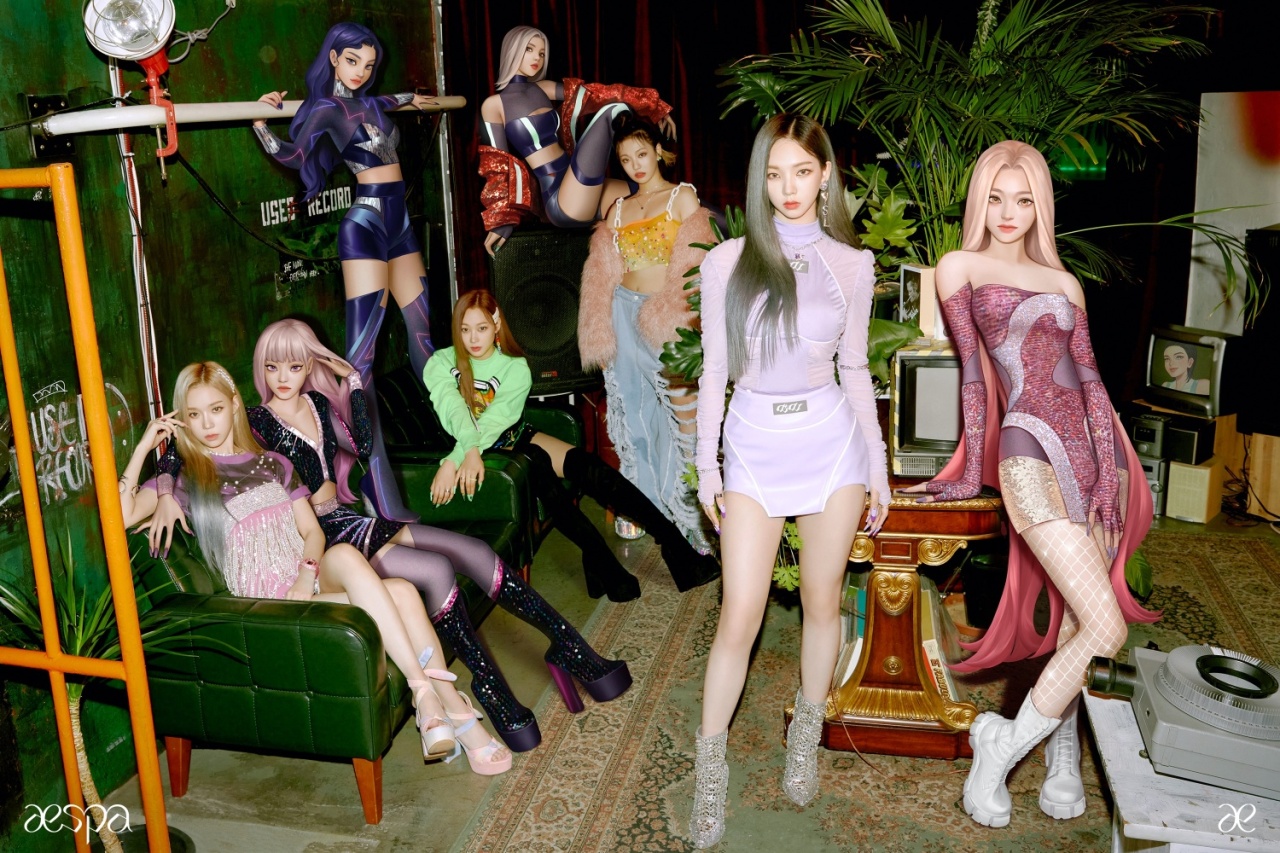 The four-piece group, trained and produced by K-pop powerhouse SM Entertainment, made its debut in November with single "Black Mamba."

The song made a splash on global music charts, landing on the Billboard Global Excl. US chart and topping streaming on the Korean music chart ran by China's QQ Music. The song's music video also became the fastest debut music video by a K-pop act to reach 100 million views on YouTube.

The band's name, aespa, comes from the English words "avatar, experience and aspect," with the name meaning "to be able to meet another self through an avatar and experience a new world." Under the concept, aespa's four members -- Karina, Giselle, Winter and Ningning -- appear with their own virtual avatars.

The band is the first new K-pop group SM Entertainment is showcasing since NCT was unveiled in 2016. It is also the first new girl group affiliated with the agency since Red Velvet's debut in 2014. (Yonhap)