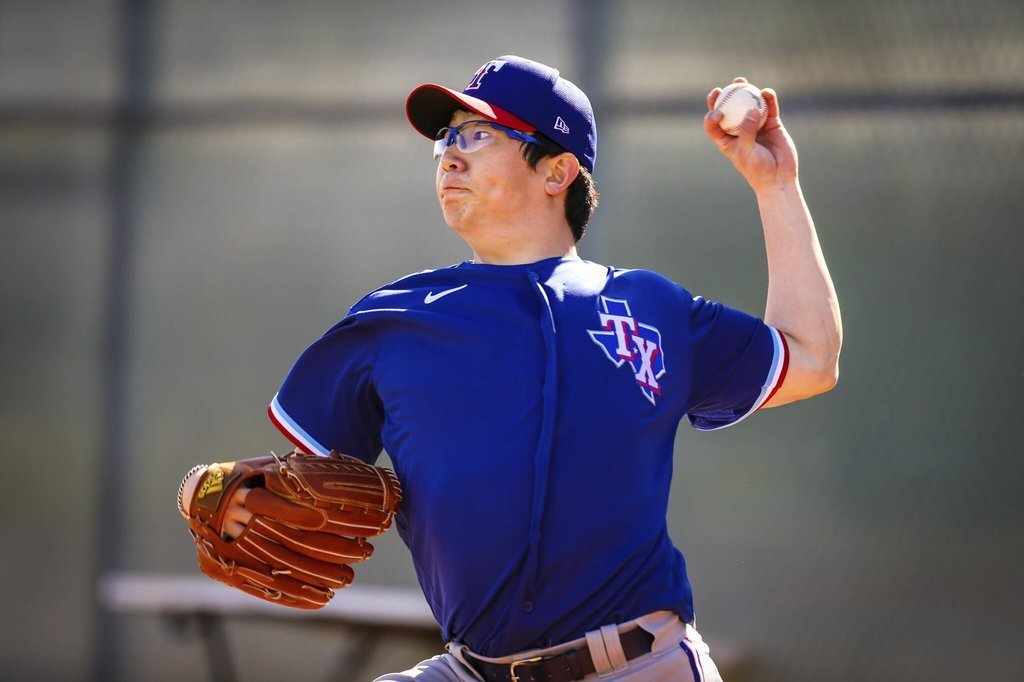 The bullpen took over with one out and bases loaded in the bottom fourth and the game tied at 1-1, and reliever John King bailed out the Korean left-hander with a couple of groundouts.

The Rangers prevailed 3-1, after scoring twice in the top of the sixth inning thanks to a wild pitch and a sacrifice fly. After Yang left the game, Texas relievers held the Twins to four hits and a walk over the final 5 2/3 innings, while striking out seven batters.

Yang signed a minor league deal with the Rangers in February after a successful 14-year career with the Kia Tigers in the Korea Baseball Organization (KBO). He made his big league debut in relief on April 26, and made another bullpen appearance four days later before getting the starting assignment on this day.

Yang was filling in for injured right-hander Kohei Arihara, and after about a 30-minute rain delay, Yang meant business right from the first inning, when he struck out the side -- using three different pitches, too.

Yang got red-hot leadoff man Byron Buxton to fan on a slider. Then former MVP Josh Donaldson whiffed on a high fastball. The ever-dangerous Nelson Cruz, he of 425 career home runs, went down swinging on a changeup.

But with one out in the second, Yang served up a towering solo home run to Mitch Garver, the second long ball he's given up in the regular season.

Undeterred, Yang went back to his strikeout ways, with Jorge Polanco swinging and missing a low changeup and then Max Kepler caught looking at a slider on the inside corner.

Yang struck out the first two batters of the third inning and pitched around a Buxton double. All told, he struck out seven of the first nine batters he faced.

A Joey Gallo groundout for the Rangers in the top fourth tied the score at 1-1, before Yang got himself into a bases-loaded jam in the bottom half of that inning with a single, a double and a walk.

Yang struck out Polanco for the second time in the game, and manager Chris Woodward summoned King from the bullpen -- but not before giving Yang a handshake for the solid job.

Yang's ERA rose slightly from 2.08 to 2.25, and he's still looking for his first major league victory.

Three of the four hits Yang gave up went for extra bases, but for the most part, Minnesota hitters had trouble squaring up on the bespectacled Korean pitcher.