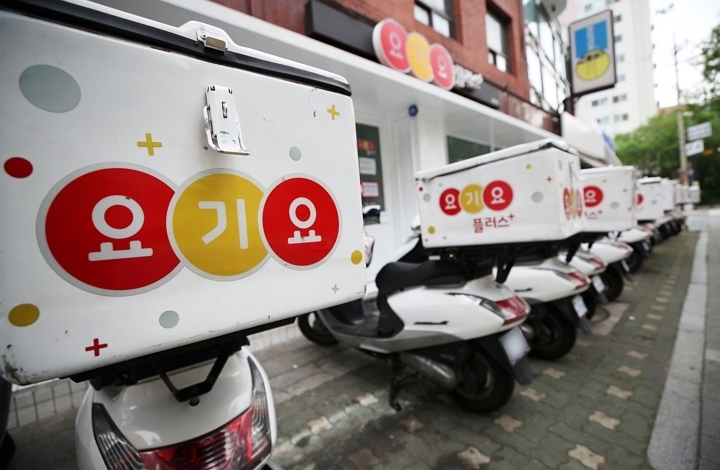 According to the sources, around eight parties have joined the acquisition race, including Shinsegae and Yanolja.

South Korean retail giants Lotte and GS Retail previously had shown interest in purchasing the food delivery platform but appeared to have not participated in the bidding, sources added.

The deal was once estimated to fetch as much as 2 trillion won ($1.78 billion), but deal observers say the price may turn out lower than expected as Delivery Hero has an August deadline to sell Yogiyo.

The Fair Trade Commission of South Korea in December last year gave the German operator the green light to acquire the country’s top food delivery platform Baedal Minjok on condition that it dispose of Yogiyo by that time over monopolization concerns.

According to a local survey, the market share of Baedal Minjok reached 66 percent as of January, followed by Yogiyo with 17.9 percent and Coupang Eats with 13.6 percent.