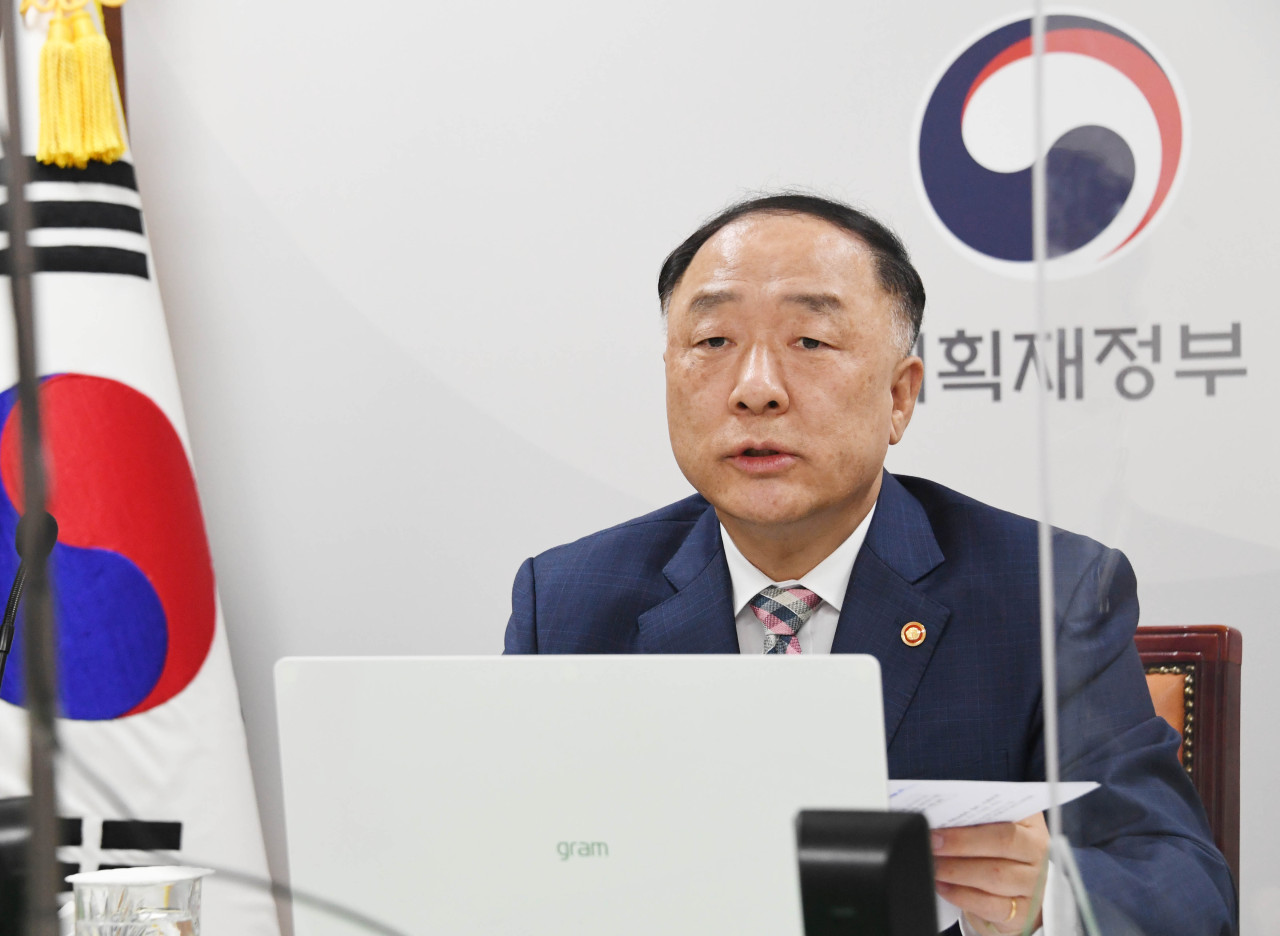 Finance Minister Hong Nam-ki speaks during a virtual meeting with Masatsugu Asakawa, president of the Asia Development Bank, on Tuesday. (Ministry of Economy and Finance)
South Korea said Tuesday it plans to allocate up to $700 million for the lower-interest loan program with the Asian Development Bank, in line with efforts to support developing nations.

Finance Minister Hong Nam-ki held a virtual meeting with ADB President Masatsugu Asakawa and signed a memorandum of understanding to expand the Economic Development Cooperation Fund program between South Korea and the regional development bank, according to the Ministry of Economy and Finance.

The newly earmarked budget represents a rise from the previous ceiling of $650 million.

Asia's No. 4 economy also said it plans to chip in $25 million for ADB's e-Asia and Knowledge Partnership Fund this year, up from the previous year's $8.47 million, to help developing nations cope with the economic fallout of the COVID-19 pandemic. (Yonhap)