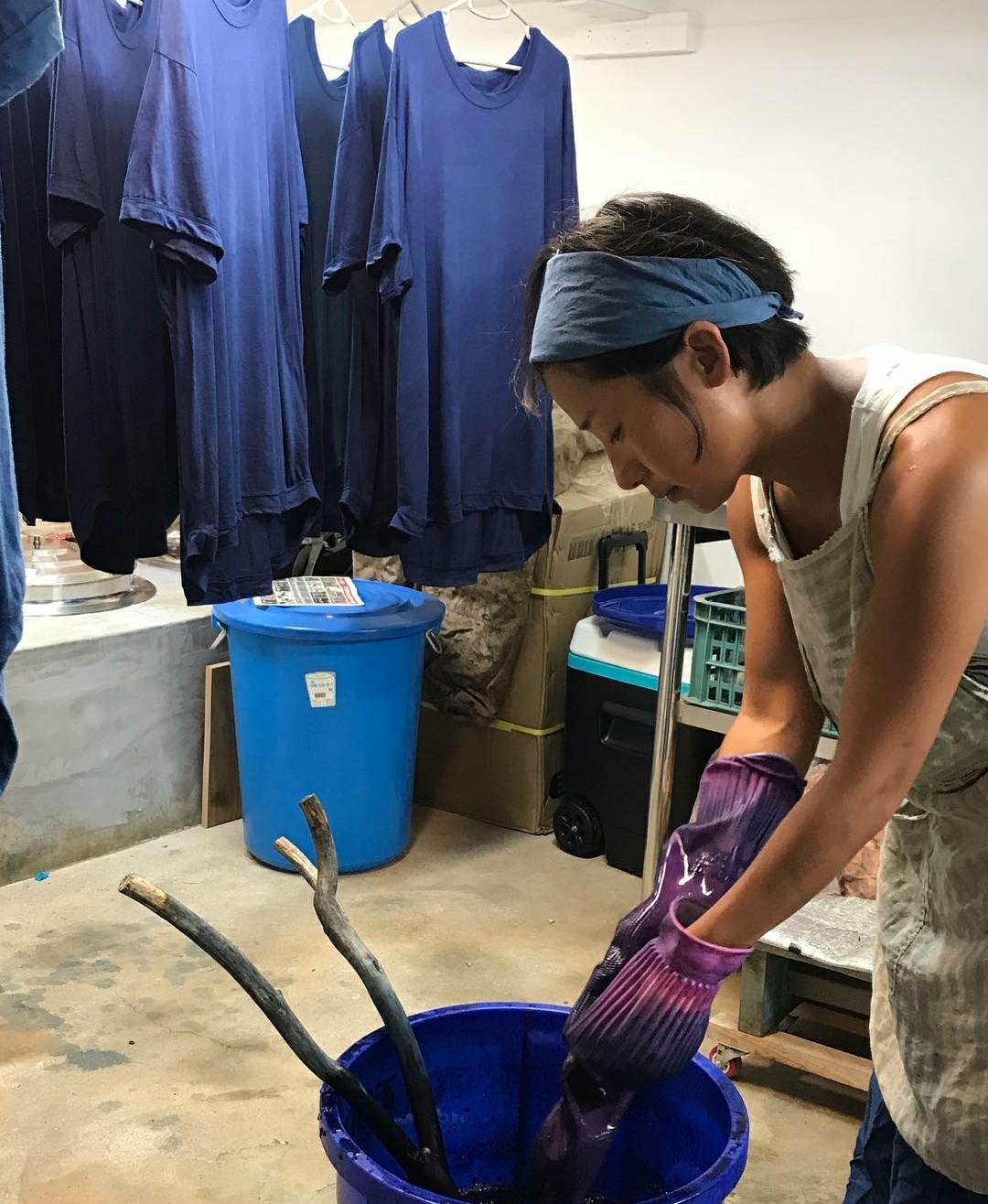 
When Kim Ji-young decided to move to Jeju Island in 2013 to leave behind the hectic city life in Seoul, she realized how many clothes she had kept in her closet without wearing them. Among them was an outfit that she had not worn even once. While packing for the big move, she found herself having to throw away far too many clothes.

“My lifestyle has changed here in Jeju. I don’t have to be fashion conscious anymore, which was kind of stressful to me. Now I am pursuing more sustainable fashion, putting more value into coexisting with the nature,” Kim said. She began to make clothes on her own with eco-friendly materials and natural dyeing. She later established a small fashion brand under the name of MOJ to share her belief with others. 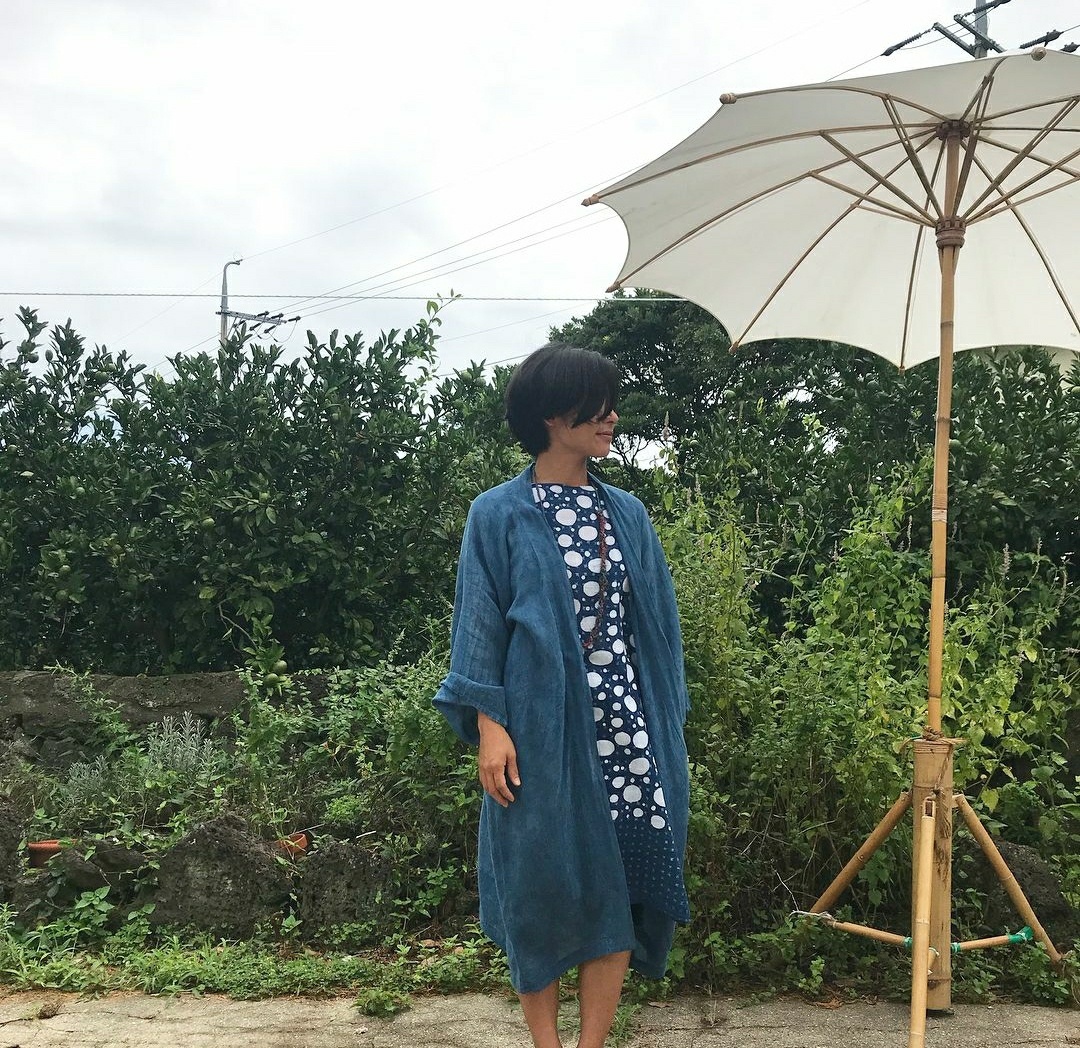 Fashion designer Kim Ji-young wears a naturally-dyed robe that she made with eco-friendly fabrics. (Courtesy of Kim)
As more people become concerned about environmental issues in the aftermath of the pandemic and begin to spend more time at home reflecting on their lifestyle, slow fashion has risen as a contender against fast fashion’s excessive production and mindless consumption.

Ryu Seung-yon, the founder of Ryuzium -- a fashion brand that values slow fashion and customizes clothes to clients’ request -- wanted to make clothes that people cherish. She uses recyclable fabrics instead of synthetic textiles, which take about 30 years to biodegrade.

“Mass produced clothes are relatively cheap and people readily throw them away, which I thought was quite exhausting. I wanted to make clothes that people take to be so valuable that they are passed down to their kids,” Ryu said. Most of Ryu’s clients were relatively old due the high price tag prior to the pandemic, but the brand has recently been seeing a growing number of younger clients. 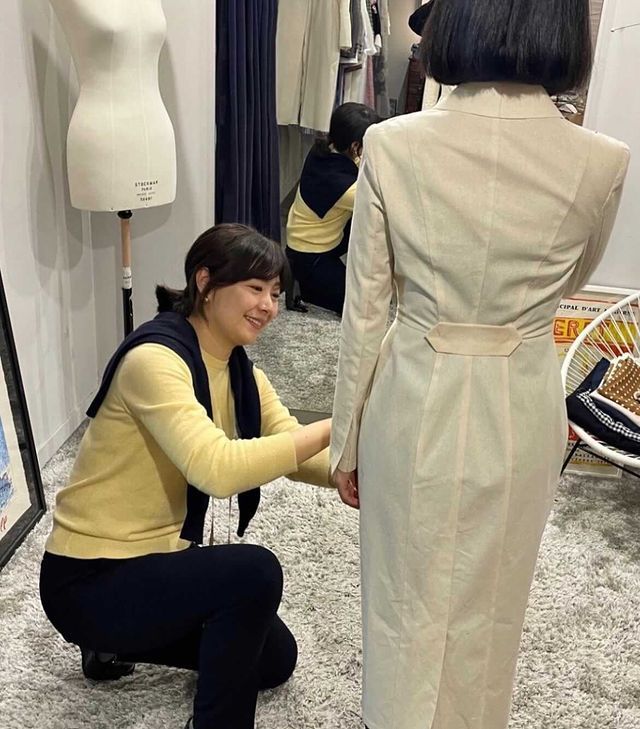 Ryu Seung-yon, the founder of Ryuzium, tailors a piece for a customer. (Courtesy of Ryu)
According to the Korea Environmental Industry and Technology Institute, the textile industry produces nearly 120 metric tons of carbon emission, which accounts for 10 percent of the world’s total carbon emissions. One big change in lifestyle brought on by the pandemic is that online purchases have become more prevalent and easier than before, tilting the scale in favor of fast fashion businesses.

“Slow fashion values sustainability and emerged against fast fashion that is accompanied by environmental problems with mass distribution,” said Kim In-kyung, a Konkuk University professor. “South Korea is sensitive to trends and has an environment conducive to the fast fashion system. However, in the pandemic times, younger people are becoming aware of the problems and more people are concerned about ethical consumption.”

Kim said the concept of sustainable fashion began to be actively discussed in the 2000s. It is not limited to environmental issues, but also includes concepts of human rights, fair trade and community. 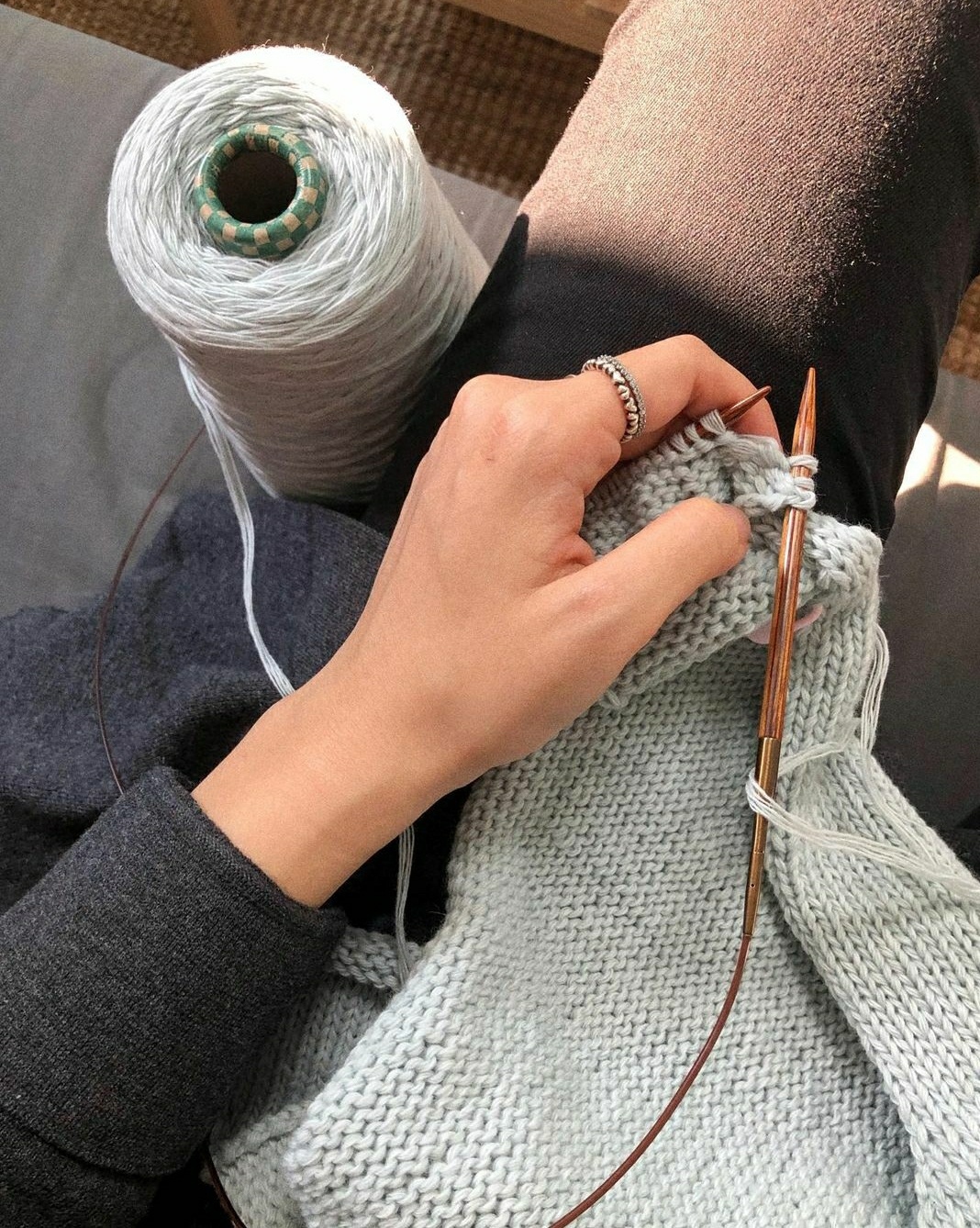 Gwon Hyo-mi knits her own clothes. (Courtesy of Gwon)
Gwon Hyo-mi, 29, began to practice slow fashion after her favorite readymade fashion brand became embroiled in a copyright dispute. Now she knits some of her own clothes.

“I was so frustrated and became sick of readymade clothes, so I decided to make my own. I also avoid artificial wools to make clothes that are more eco-friendly,” Gwon said. 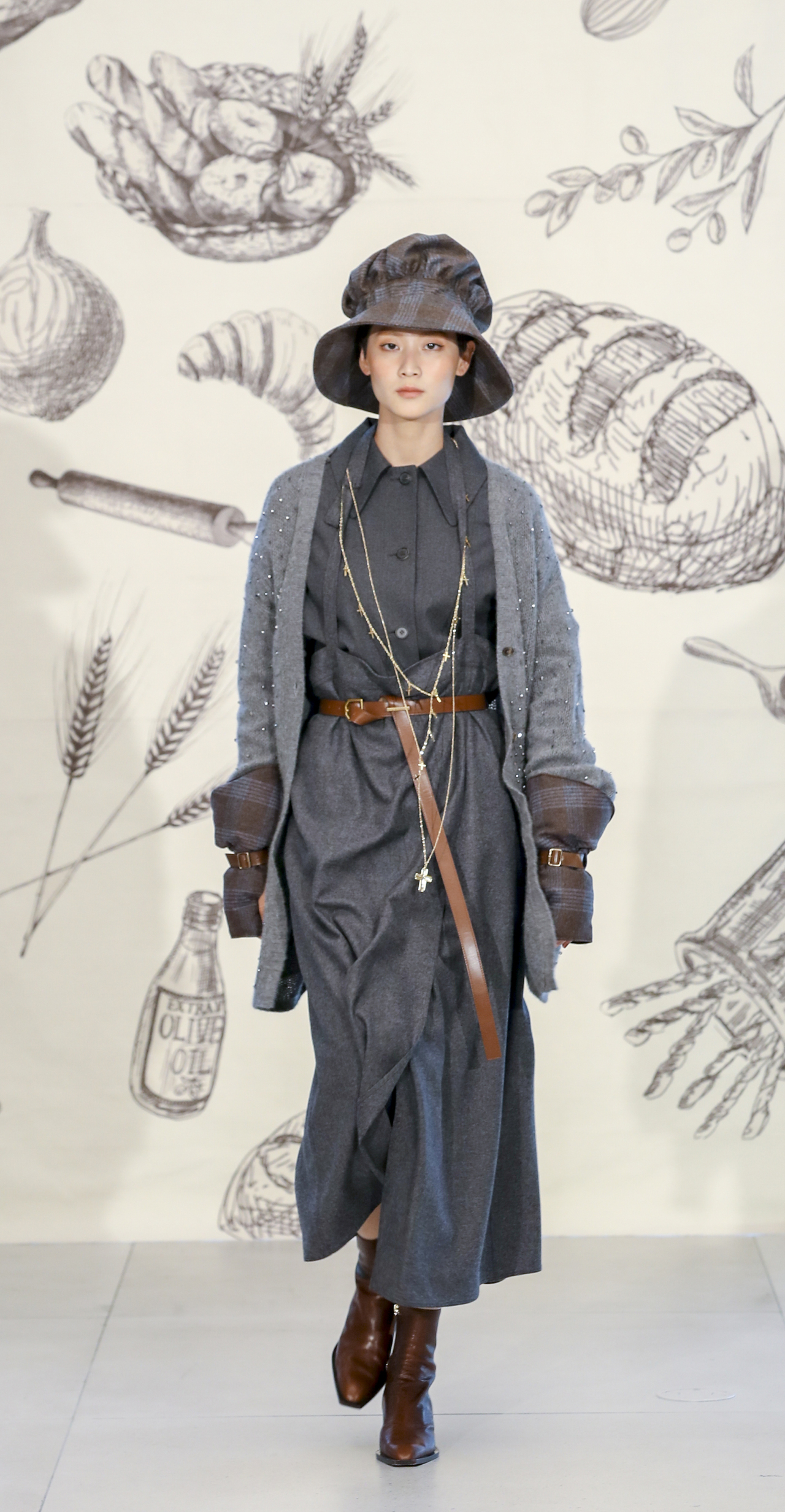 Fashion Designer Gee Chun-hee showcases her 2021 F/W fashion collection inspired by slow fashion. (Miss Gee Collection)
Slow fashion is not just an emerging movement among specific groups of people, but has also spilled over into the fashion industry.

Fashion designer Gee Chun-hee, the founder of Miss Gee Collection, presented her 2021 F/W fashion show in Seoul with the concept of slow fashion that she likened to making bread that starts from cultivating yeast.

“We are living in a time where the culture changes so fast, losing important values. I believe it is important to maintain the process of making clothes, which is similar to making bread in that we need time to wait.”