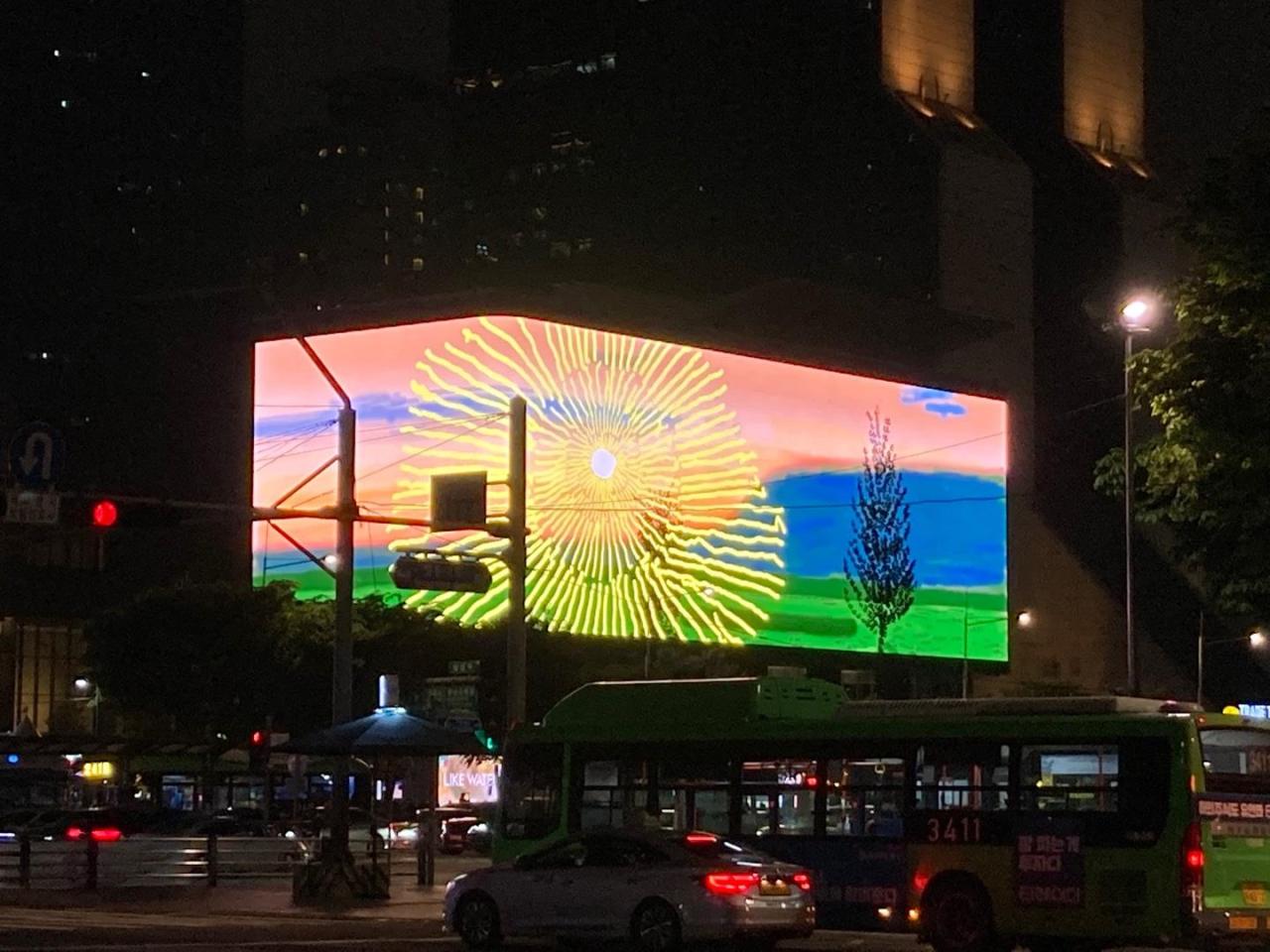 The animated video shows the sun rising slowly over the plains until it bursts into radiance to fill the entire screen. The video represents a symbol of hope as the world awakens from COVID-19 lockdowns. The video was released on iconic screens in five cities around the world, including London’s Piccadilly Lights, New York’s Times Square, Tokyo’s Yunika vision and Los Angeles’ Pendry West Hollywood. It was shown at 8:21 p.m. on Saturday in Seoul, to signify the year 2021.

“There has never been a better time for this shining image of hope, which links people across borders and continents to celebrate the arrival of spring,” said Josef O’Connor, the artistic director of Circa in a statement. “We are especially grateful to David Hockney, a master in exploring the boundaries of new media, for allowing Circa to present his work in such a bold and democratic way, connecting Piccadilly Lights with screens in America, South Korea and Japan”

Circa has organized digital art projects by global artists to show at Piccadilly Lights in London since last October. This is the first project to be shown on multiple screens around the world. O’Connor, who is the founder of Circa, said that he conceived the idea of sharing art with the public when COVID-19 forced the world to go on lockdowns starting last year.

Showing the video on the large LED screens also represents taking a pause from the commercial advertisements that run 24/7 to show a new artistic idea.

“What does the world look like? We have to take time to see its beauty. That’s what I hope my work will encourage people to do when they see it on the large screen,” said Hockney regarding the video.

Next month, Circa will present works by LA-based artist Nikita Gale. O’Connor said that screenings in Milan and Madrid are also being discussed.

Circa also announced that it will work with Barakat Seoul and Seoul Museum of Art to showcase a yet undecided Korean artist to screens around the world in August.

The video will be shown every night until the end of the month and can also be seen on the Circa website at 8:21 p.m. by London time, or 4:21 a.m. here.