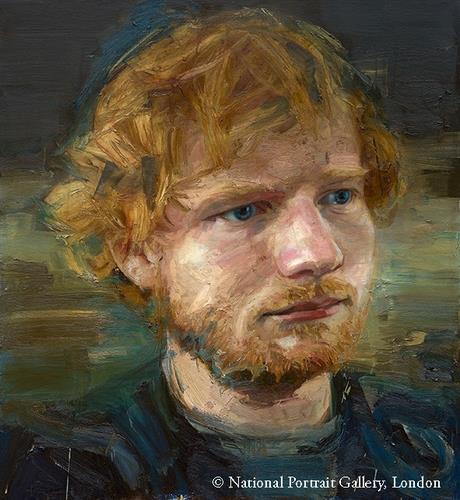 The exhibition is divided into five sections with the themes "Fame," "Power," "Love and Loss," "Innovation" and "Identity and Self-portrait," and features an array of portraits in different styles and from various eras -- ranging from a 16th-century painting on wooden panels to holographic works from the 21st century.

The 76 people whose portraits were drawn also vary from literary legends William Shakespeare and Emily Bronte, scientists Charles Darwin and Sir Isaac Newton, and more contemporary figures like The Beatles and David Beckham.

A total of 73 painters worked on the portraits, including celebrated painters like Peter Paul Rubens, Auguste Rodin, Andy Warhol and David Hockney, the museum added.

"It is the first time that many of these works have left the United Kingdom and the first time that our exceptional collection will travel to Korea, giving audiences there an unprecedented opportunity to encounter some of the most accomplished portraits produced in the last five hundred years," said Nicholas Cullinan, director of the National Portrait Gallery, London.

The exhibition runs through Aug. 15. (Yonhap)