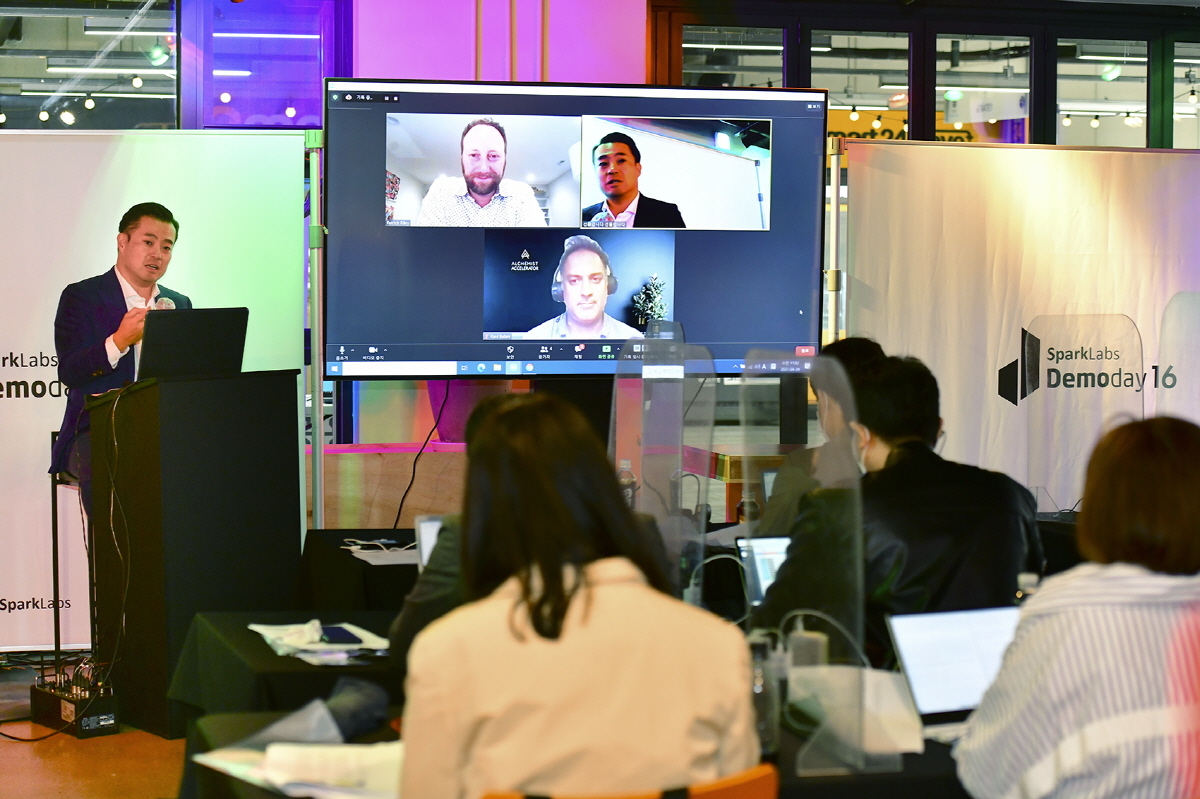 Cap: Lee Han-joo (left), co-CEO of SparkLab, speaks during a panel session with the participation of Ravi Belani, managing director at Alchemist Accelerator, and Patrick Riley, CEO of Global Accelerator Network, on Thursday. (SparkLabs)
Blockchain technology -- not just the cryptocurrencies that rely on it -- is becoming mainstream, as evidenced in the recent market debut of US cryptocurrency exchange Coinbase and nonfungible tokens gaining popularity, said advocates of digital assets on Thursday.

“There are many promising blockchain companies but they are overshadowed by cryptocurrencies (for now),” said Lee Han-joo, the co-CEO of SparkLabs, a leading South Korean accelerator, at the company‘s demo day that invited startups and investors around the world.

“Established enterprises are already utilizing the blockchain technology and I’m sure there will be more great companies in the sector,” Lee added.

Blockchain is a decentralized digital record of transactions that forms the underlying technology of cryptocurrencies.

A growing number of companies are creating totally different services using the decentralized technology, according to Ravi Belani, managing director at the Silicon Valley-based Alchemist Accelerator. "Any industry which is decentralized, which is where the whole world is moving, you can have a blockchain application," Belani said.

But investors should watch out for startups that are trying to take advantage of the blockchain frenzy.

“Blockchain is a great technology, but issues right there is so many companies come away with a horrible idea but say they are using blockchain. It's a great tool but you still need great ideas alongside using blockchain in order to be successful,” said Patrick Riley, CEO of Global Accelerator Network.