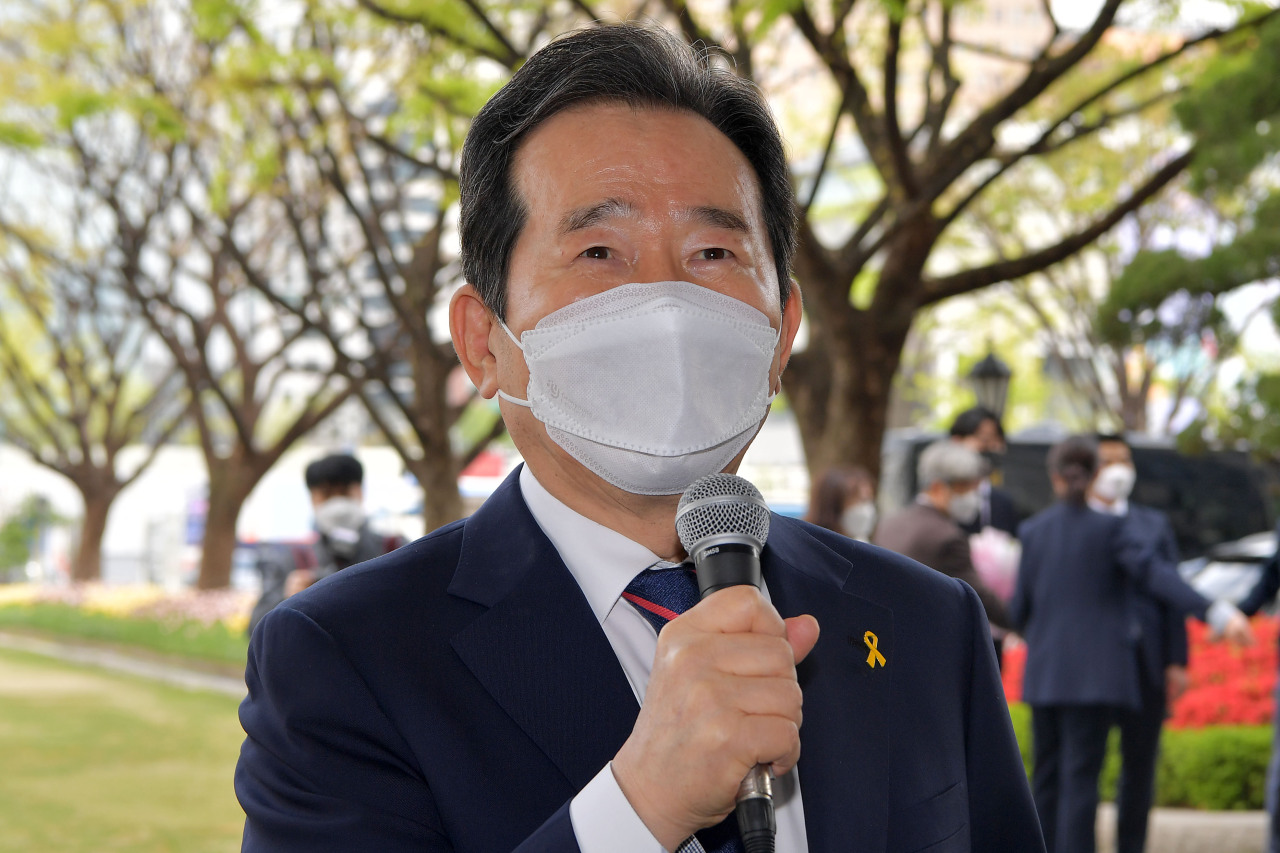 Former Prime Minister Chung sye-kyun (Yonhap)
The imminent return of Chung Sye-kyun to the political realm, following his resignation as prime minister earlier this week, is expected to set off in earnest a high-stakes race to win the ruling Democratic Party's (DP) ticket to run in next year's presidential election.

Chung stepped down from the public office Friday after serving a 15-month stint, mainly preoccupied with the fight against the COVID-19 pandemic.

The 71-year-old former six-term lawmaker has yet to officially declare his bid for the presidency, but his departure was unquestionably seen as a step in that direction.

"I will pour my efforts to the end so as to take on (the mantle of) the people's imperative and repay them in a bigger way," Chung said in his farewell message, calling his departure from the prime ministerial seat "a new start."

According to sources close to Chung, at least up to 30 incumbent lawmakers inside the DP have already signed up to campaign for Chung once he officially jumps into the party race for the 2022 presidential election. Chung's side has reportedly finished all necessary preparations for him to activate his presidential campaign as soon as he makes his presidential bid official.

Inside the DP, the imminent return of Chung is likely to send the starting signal for the competition to win the party's ticket for the presidential poll. The DP is scheduled to officially launch its primary race in late June to elect its final standard bearer by September.

An uphill battle awaits Chung, however, with his opinion poll ratings obstinately remaining minuscule in comparison with his potential rivals, despite his widely praised management of the country's pandemic situation while in office.

In recent opinion polls, support ratings for Chung as a presidential candidate were recorded in the 1 to 2 percent range, while Gyeonggi Governor Lee contended with former Prosecutor General Yoon Seok-youl for the lead in presidential hopefuls' polls, with ratings in the 20 percent range.

Lee Nak-yon was trailing the Gyeonggi governor as the second-most-favored presidential candidate from the DP by a wide margin but was running decidedly ahead of Chung.

Chung's side is positive that his official entry into the presidential race could turn the tide because, a person close to him said, "he, as an incumbent prime minister so far, had not been recognized as a potential presidential candidate."

Another determinant of the fate of Chung's presidential bid may depend on whether he wins the support of the party's mainstream faction supportive of President Moon Jae-in, observers also said.

"All preparations have been done with a view to activating his (presidential) campaign once he returns (to politics)," a source close to Chung said, adding that his campaign may officially go into operation following the party congress slated for May 2. (Yonhap)