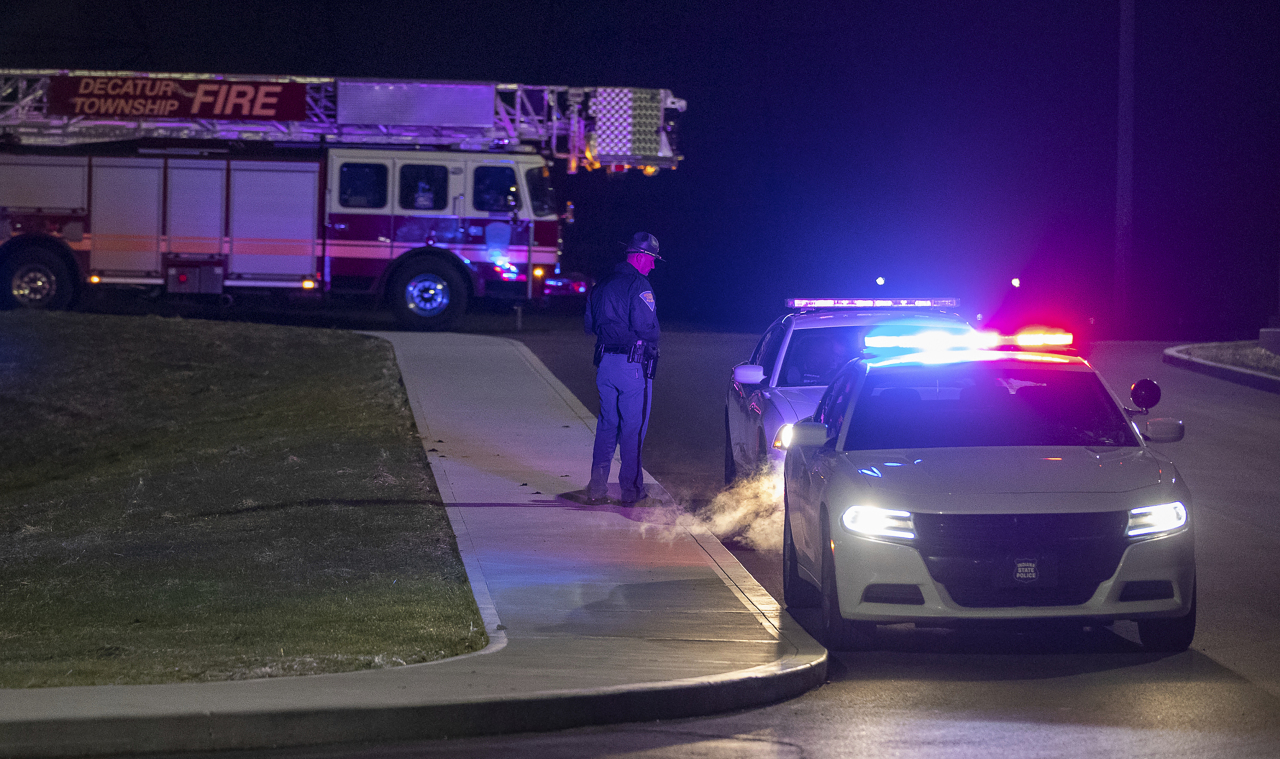 Five people were hospitalized after the Thursday night shooting, according to police. One of them had critical injuries, police spokesperson Genae Cook said. Another two people were treated and released at the scene. FedEx said people who worked for the company were among the dead.

A witness said that he was working inside the building when he heard several gunshots in rapid succession.

“I see a man come out with a rifle in his hand and he starts firing and he starts yellin' stuff that I could not understand,” Levi Miller told WTHR-TV. “What I ended up doing was ducking down to make sure he did not see me because I thought he would see me and he would shoot me.”

Police have not identified the shooter or said whether he was an employee at the facility.

“We're still trying to ascertain the exact reason and cause for this incident,” Cook said.

It was the latest in a recent string of mass shootings across the US Last month, eight people were fatally shot at massage businesses across the Atlanta area, and 10 died in gunfire at a supermarket in Boulder, Colorado.

It was at least the third mass shooting this year in Indianapolis alone. Five people, including a pregnant woman, were shot and killed in January, and a man was accused of killing three adults and a child before abducting his daughter during at argument at a home in March.

Family members gathered at a nearby hotel to await word on loved ones _ and some employees were bused there for tearful reunions. But other relatives said they still had no information about their loved ones hours later. Most employees aren't allowed to carry cellphones inside the FedEx building, making contact with them difficult.

“When you see notifications on your phone, but you're not getting a text back from your kid and you're not getting information and you still don't know where they are . what are you supposed to do?” said Mindy Carson, holding back tears. Her daughter, Jessica, works in the facility and she had not heard from her.

Police were called to reports of gunfire Thursday just after 11 p.m., and officers “came in contact with (an) active shooter incident,” Cook said. The gunman later killed himself.

“The officers responded, they came in and did their job. A lot of them are trying to face this, because this is a sight that no one should have to see,” Cook said.

Indianapolis Mayor Joe Hogsett lamented that the city was “confronted with the horrific news of yet another mass shooting, an act of violence that senselessly claimed the lives of eight of our neighbors.”

FedEx released a statement saying saying it is cooperating with authorities.
“We are deeply shocked and saddened by the loss of our team members following the tragic shooting at our FedEx Ground facility in Indianapolis,” the statement said. “Our most heartfelt sympathies are with all those affected by this senseless act of violence.”

A man told WTTV that his niece was sitting in the driver's seat of her car when the gunfire erupted, and she was wounded.

“She got shot on her left arm,” said Parminder Singh. “She's fine, she's in the hospital now.”

He said his niece did not know the shooter.