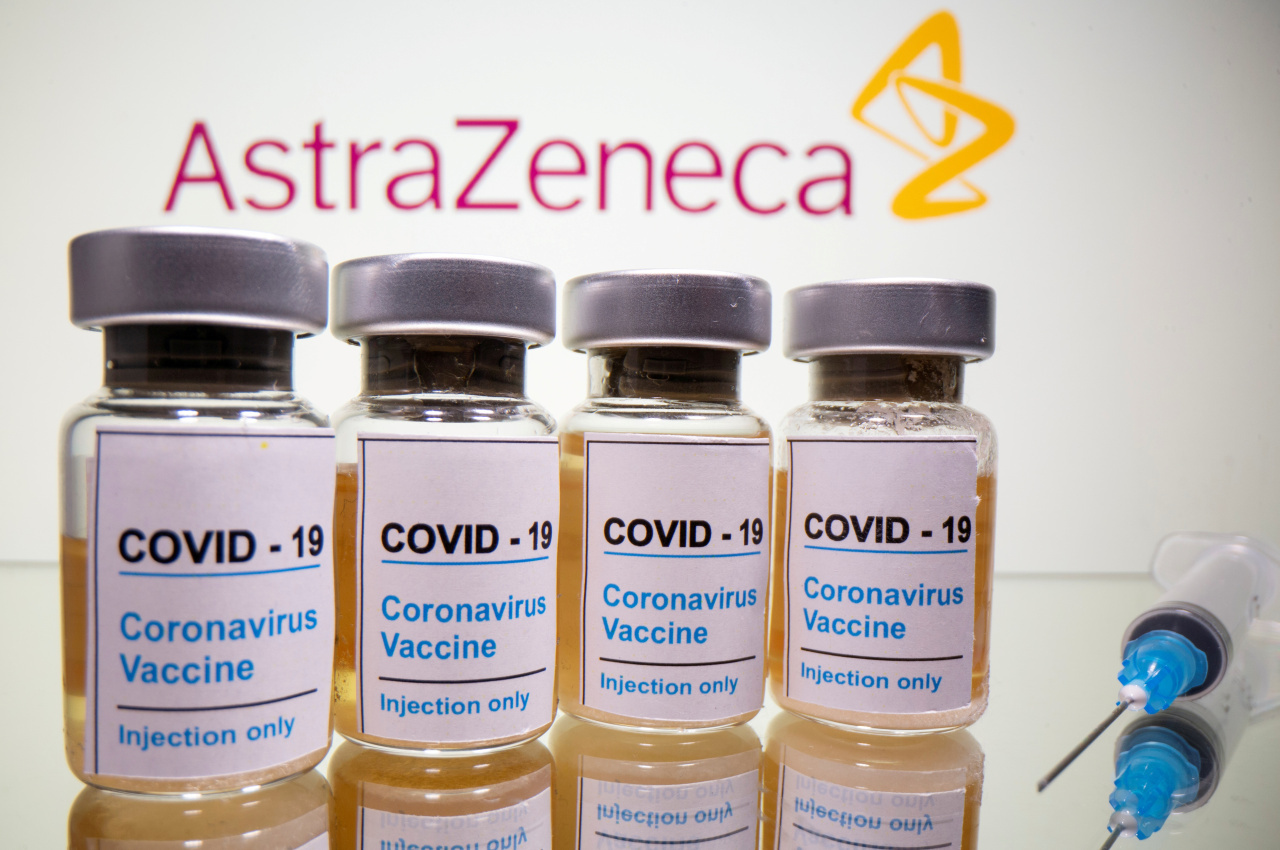 Vials with a medical syringe are seen in front of a displayed AstraZeneca logo in this illustration taken October 31, 2020. (Yonhap-Reuters)

The official said the agency had ordered a recall of some 700,000 special syringes -- designed to squeeze extra doses out of a vaccine vial -- after reports of contamination and erroneous scale markings.

These so-called low dead space syringes for AstraZeneca vaccinations were made by Doowon Meditec, a local manufacturer.

The official said the recall order was issued March 17, but only after around 500,000 of the 1.2 million distributed to vaccination sites across the country had already been used.

Since each syringe is used for a single injection, this means 500,000 people were given the shots with the syringes in question.

So far no known adverse events have been linked to the syringes, the official said. As of Friday, 630,000 of the 700,000 syringes subject to the recall had been withdrawn.

“These are dose-amplifying syringes that allow us to vaccinate in the most efficient fashion,” said another agency official in response to The Korea Herald’s question during a news briefing held earlier the same day.

Previously, the agency said up to 12 doses could be extracted per AstraZeneca vaccine vial with the help of this particular syringe. As standard, each vial of the vaccine would yield 10 doses.

“The company will resume manufacturing and supplying the syringes after a quality improvement process,” the official said.

A Ministry of Food and Drug Safety director in charge of medical device safety said the ministry had received the first report of defects in the syringes in early March. After that it got roughly 20 similar reports, all of them from different vaccination sites around the country, over the next two weeks, he said.

“These problems were reported in syringes sharing the same serial numbers, and the recall order was given out of an abundance of caution,” he said.

An investigation by a third party, which is not a government entity, was underway to determine if there is a concern about the quality or safety, he said. He said the ministry would review the results of the investigation and decide whether “further precautions” were necessary. He declined to provide details about the private institution undertaking the investigation.

He said it was unclear what kind of safety issues could be caused by the presence of contaminants in the syringes. “But we found something that was not supposed to be there,” he said. When asked what the contaminants were, he said they were still being looked into.

The wrongly-marked scale on the syringe could lead to inaccurate dosing, he said. One dose of AstraZeneca vaccine is 0.5 milliliters, for instance, to be drawn from a vial containing 10 or so doses.

He said health workers were trained to spot such issues before administering the vaccine, and that he didn’t believe vaccinations would have been given if there were obvious problems.

So far in Korea 971,984 people received at least a single dose of the AstraZeneca vaccine.