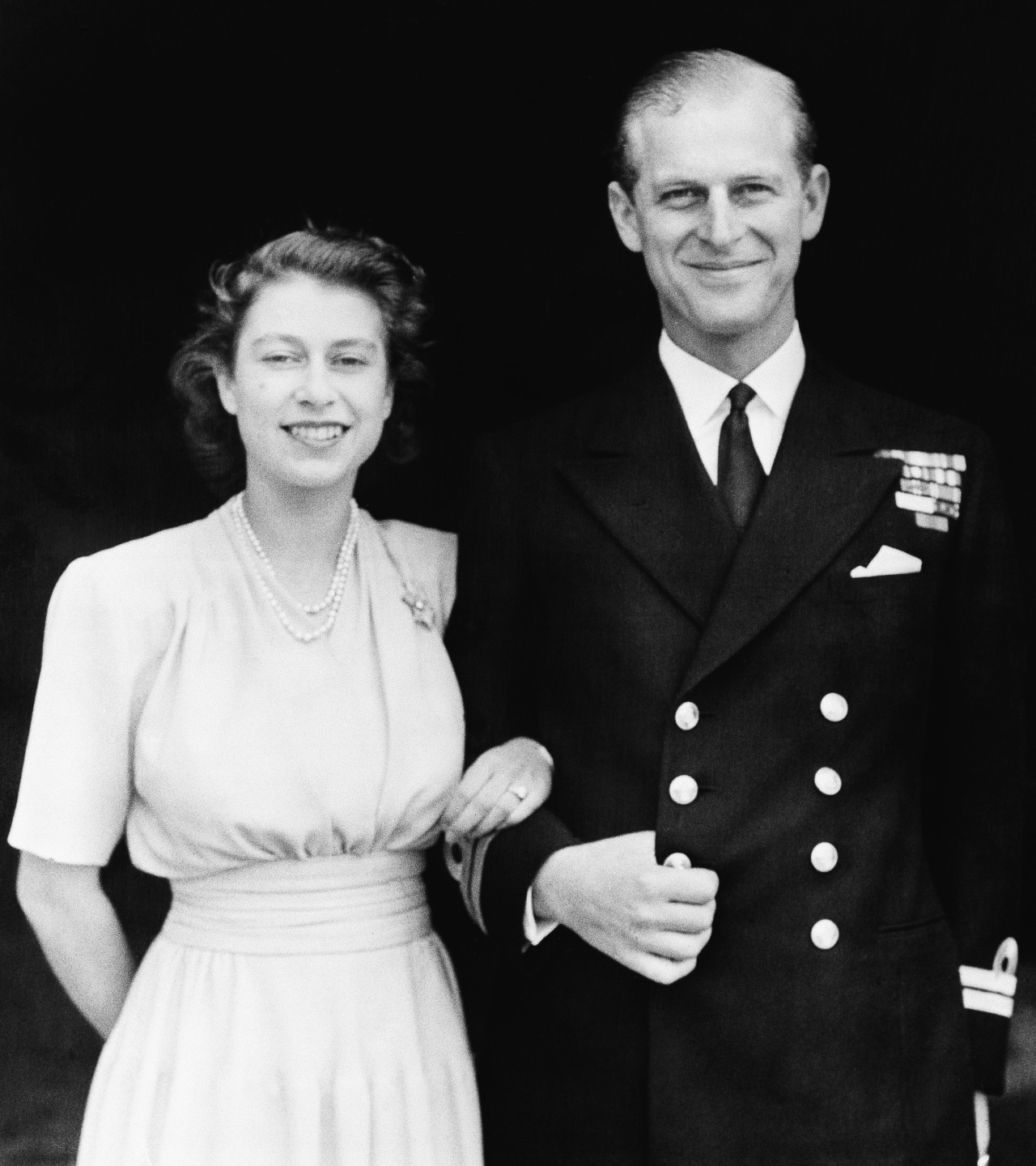 This July 10, 1947 official photo shows Britain's Princess Elizabeth, heir presumptive to the British throne and her fiance, Lieut. Philip Mountbatten, in London. (AP-Yonhap)
Britain mourned the death of Prince Philip, the husband of Queen Elizabeth II, on Friday as the BBC interrupted scheduled programming to broadcast the national anthem, "God Save the Queen."

The flag at Buckingham Palace, the queen's residence in London, was lowered to half-staff after the announcement of Philip's death. The Royal Family's website featured a black-and-white portrait of the prince, also known as the Duke of Edinburgh.

Prime Minister Boris Johnson said Philip "earned the affection of generations here in Britain, across the Commonwealth and around the world."

"Like the expert carriage driver that he was, he helped to steer the royal family and the monarchy so that it remains an institution indisputably vital to the balance and happiness of our national life."

Keir Starmer, leader of the opposition Labour Party, was among the first to offer his condolences, noting Philip's long record of public service, first as as a naval officer during World War II then during more than 70 years of marriage to the queen.

"He will be remembered most of all for his extraordinary commitment and devotion to The Queen," Starmer said in a statement.

"For more than seven decades, he has been at her side. Their marriage has been a symbol of strength, stability and hope, even as the world around them changed most recently during the pandemic. It was a partnership that inspired millions in Britain and beyond." (AP)