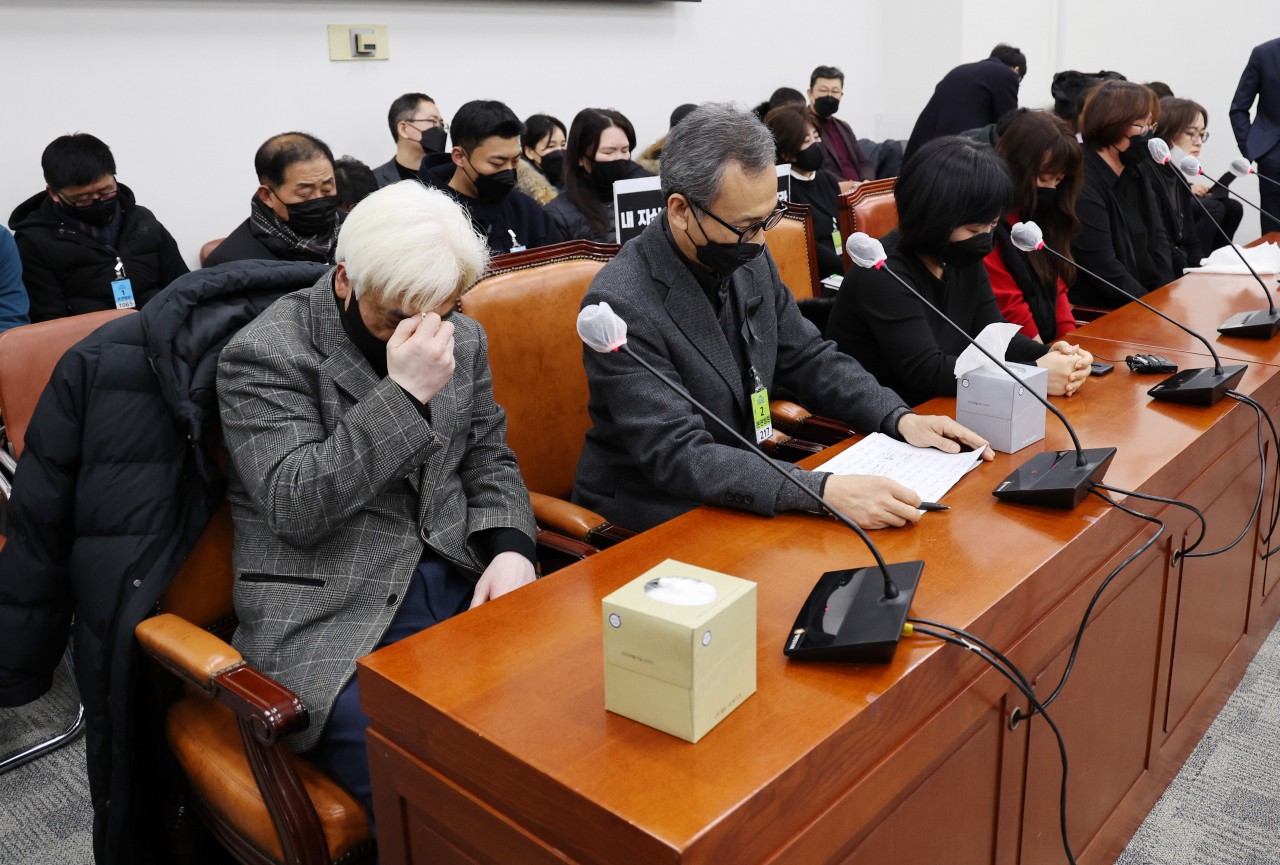 The bereaved families of victims from the Oct. 29 tragedy at Itaewon, central Seoul, shed tears at a meeting with parliamentary investigation committee into the disaster, held at the National Assembly, Seoul, Dec. 1. (Yonhap)

Medical staff dispatched to the Itaewon disaster site on Oct. 29 said they faced difficulties saving lives during critical hours due to no control unit giving orders, and instead conducting rescue operations and treatment on their own, reports showed Thursday.

According to reports by doctors and nurses who provided medical assistance at the scene, the head of the Yongsan Public Health Center came nearly two hours after the disaster started. The medical team from Seoul National University Hospital arrived one hour before him and were not given any directions.

Medical staff from Korea University Anam Hospital said they were confused with assignments delivered through Kakao Talk service, rather than an official communication channel. A disaster guideline states that municipalities and related agencies should communicate through a disaster safety communication network at the time of handling emergencies.

Others from KU Anam hospital said they were asked by the control unit to go to different locations at the same time, or in some cases patients were not at the provided location.

The medical staff claimed they would have arrived earlier, within the golden hour, if a high-level alert had been issued earlier.

That evening a yellow alert was first issued at 10:38 p.m., 23 minutes after the disaster started. An orange alert, which requests hospitals to dispatch medical staff, was issued at 10:48 p.m., or 10 minutes later than the yellow alert, they said.

The head of the Yongsan Public Health Center claimed he had conducted rescue missions at the scene, even though he arrived late on-site. He was booked Monday on charges of listing false information.