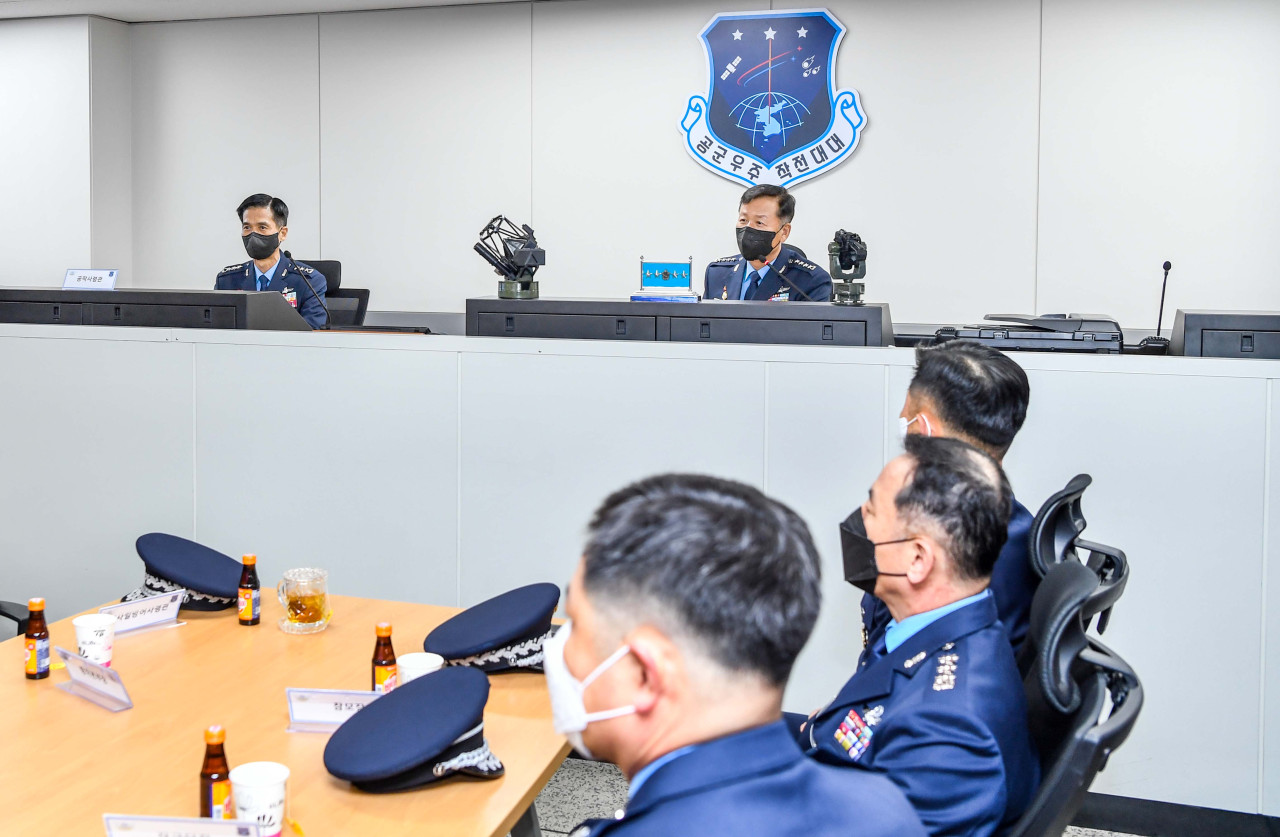 Air Force`s Chief of Staff Gen. Jung Sang-hwa is briefed on the newly-launched Space Operations Squadron. (Republic of Korea Air Force)
South Korea’s Air Force said Thursday it had expanded its space operations unit to enhance interoperability between the South Korean and US space forces against air and missile threats from North Korea.

The launch of the “Space Operations Squadron” aims to strengthen the South Korean Air Force’s “capabilities to conduct space operations in practice," it said. The squadron will surveil space objects and send alerts concerning space threats, it said in a statement, to “counter mounting North Korean threats.”

The Air Force launched a space unit in 2019 to conduct space operations, including surveilling satellites and other space objects and forecasting space debris fallout. The squadron is a bigger entity that absorbs the unit’s role.

The Squadron will operate five divisions, including the Space Operations Center, Space Surveillance Team and Space Control Team, and ensure “conditions for joint operations across all domains including space which emerges as a key area for the future battlefield.”

Officials said the Space Operations Squadron would cooperate with the US Space Force’s new component command -- which is set to be established under the US Forces Korea by the end of this year -- to enhance South Korea’s capabilities to carry out combined space operations with its ally.

South Korea President Yoon Suk-yeol and US President Joe Biden previously committed to strengthening the “alliance across all sectors of space cooperation” including defense space partnerships in the joint statement issued following the May 21 summit.

The expansion of the Air Force's space unit came as the Yoon administration has stepped up efforts to strengthen space-based capabilities to become a global player in space. Yoon on Monday announced South Korea’s space economy road map, including establishing the Aerospace Administration and fostering the space industry.