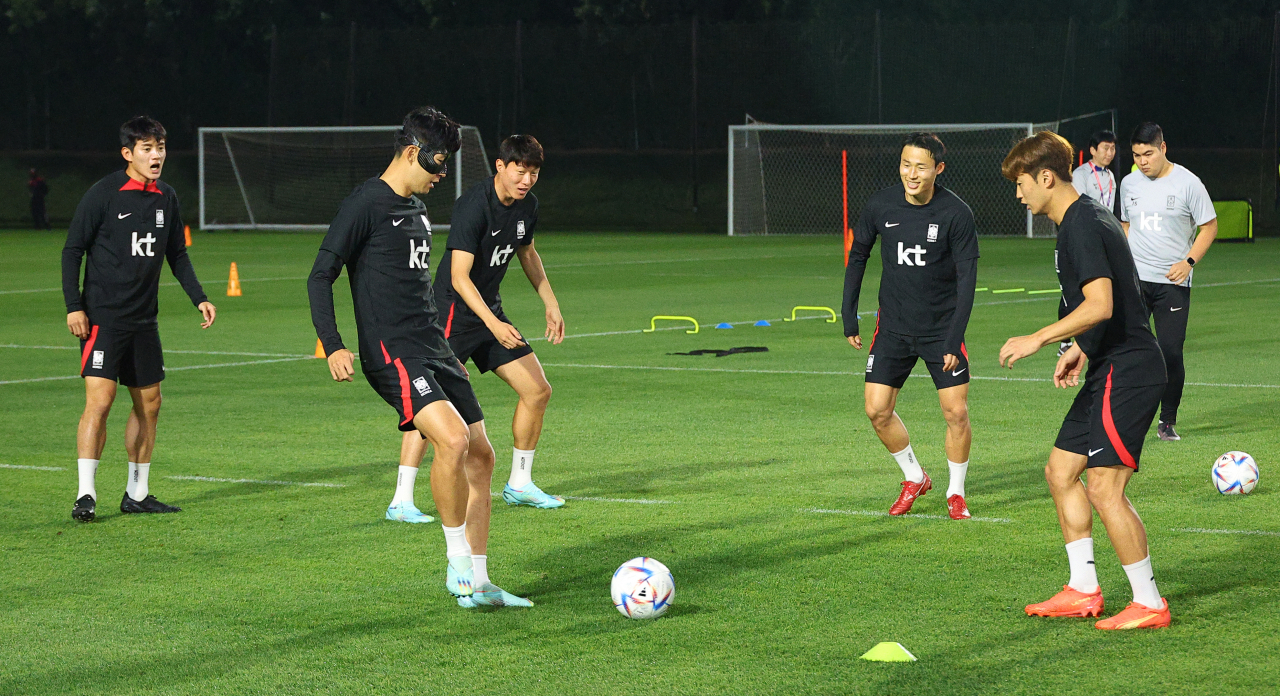 The FIFA World Cup Qatar 2022 kicked off Sunday, and the South Korean national team is now putting the final touches ahead of its first game against Uruguay on Thursday.

South Korea faces an uphill battle with powerhouses like Portugal and Uruguay in the same group, who are widely considered contenders for the coveted World Cup. Ghana is hardly a pushover either, despite being the lowest FIFA-ranked team of the group at No. 61, with stars like Arsenal midfielder Thomas Partey in the mix.

Koreans, of course, have their own superstar in Tottenham Hotspur forward Son Heung-min, the winner of last season’s Golden Boot for the English Premier League, but Son is still recovering from a face injury he suffered earlier this month.

The South Korean team has remained mum about the exact condition of the team's captain Son, who is arguably the nation’s best asset in the world of soccer and whose absence would be devastating for the team.

2. Street cheering to be held in Seoul amid woes over large-scale gatherings after Itaewon crowd crush

The decision came after planned street cheering events in Gwanghwamun Square were taken into serious consideration this year, following the deadly crowd crush that took away the lives of more than 150 people.

Street rallies during the World Cup have been considered special events over the past couple of decades, particularly since the 2002 Korea-Japan World Cup. South Korea’s team played six games during that tournament, and millions of people poured into the streets to watch the matches together and cheer on the team. The events, held every four years since, are arguably the biggest celebrations for local soccer fans.

However, the situation is different this year as the World Cup in Qatar kicked off less than a month after the crowd crush. The country observed a weeklong period of national mourning for the victims earlier this month, and the Korea Football Association in early November released a statement saying it had decided to cancel all street events in solidarity with the victims of the crowd crush.