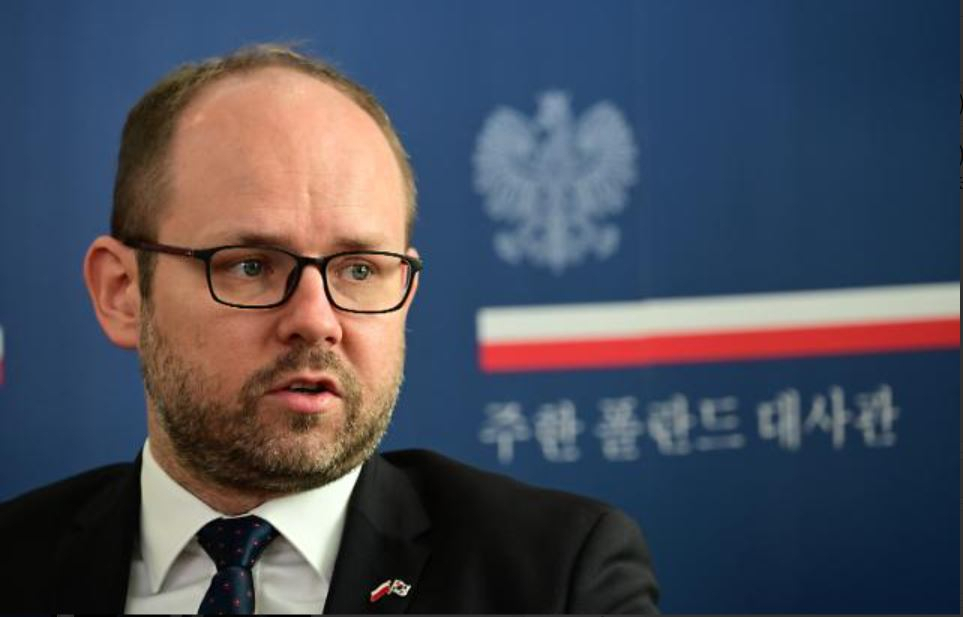 South Korea and Poland have been building strong business ties, a high-ranking Polish official said, pointing to a recent massive defense equipment deal as an example. But the foundation of such cooperation should be political dialogue between the two governments, he said.

Marcin Przydacz, deputy foreign minister of Poland, told The Korea Herald in a recent interview that it was strategic partnership between South Korea and Poland that has provided a base for defense, security and economic ties to grow. And now is the time for the two to start further discussions on bolstering cooperation on security, defense and reciprocal economic relations, he said, pointing to Russia's invasion of Ukraine.

“Poland and Korea are strategic partners, it's quite natural for businesses and the defense industry to cooperate,” he said at the interview conducted at the Polish Embassy in Seoul. “The foundation should be political dialogue between Polish and Korean governments.”

The remark came as Poland has been intensifying defense industry cooperation with Korea. The South Korean defense industry sold over 21 trillion won ($14.7 billion) worth of defense systems and weapons to Poland this year, double that of Seoul's total defense exports in last year alone. 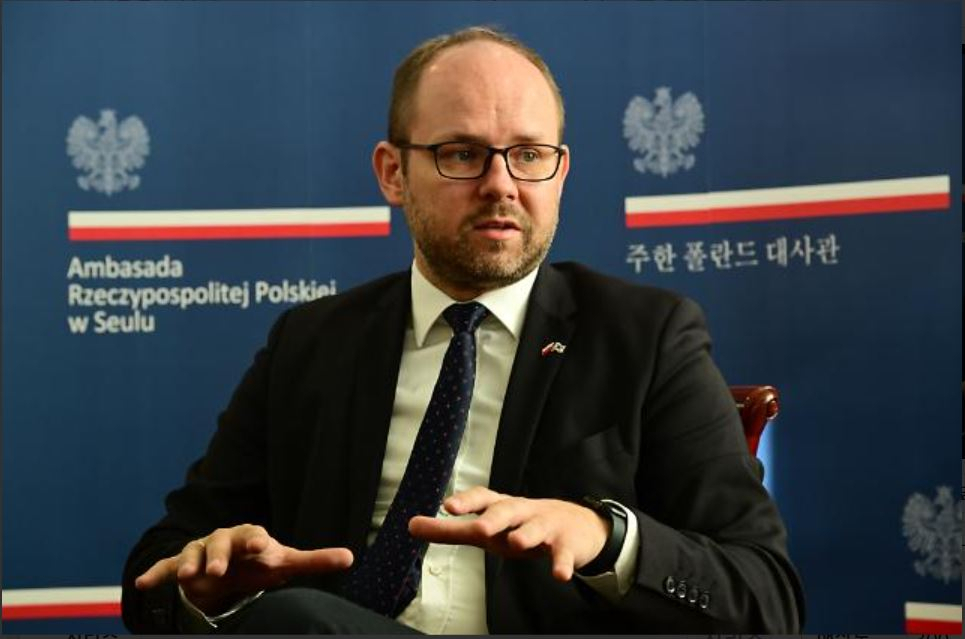 "The contracts are quite significant," said Przydacz.

“Part of them are already sent to my country and the rest will be produced in joint factories in Poland, I think it is of mutual interest to collaborate closely with regard to this, because for us it's a security interest. We are the country on the eastern flank (of the EU).”

Asked why Poland chose Korean defense equipment such as the Korean K2 and K9, the deputy minister noted that the country sees Korea as a reliable partner with technologically advanced equipment. He cited recommendations by Polish analysts, as well as the possibilities of joint ventures and joint investments.

“It would be the first contract for Korea in Central Europe. Poland is the biggest country in the region, we know that our allies and partners in Central and Eastern Europe, they count on us. So by having the Korean equipment in Poland, we can somehow also advertise these projects to other regions of Europe."

Korea has profited from the current global security architecture, given that Europe has been suffering from the ongoing war between Russia and Ukraine, he said.

The deputy minister said Poland would send a strategic message to Moscow that Warsaw does not want war. But Poland remains prepared to defend the eastern flank and Ukraine. And the lukewarm response to Ukraine from Western European countries that import natural gas from Russia is worrying. This is why the voices of non-European countries, like South Korea, are needed.

“Poland and Korea are not superpowers. We are important, significant actors, but there are other bigger countries next to Polish and Korean borders. So we should exclude any kind of scenario decided only by themselves about future,” he said, stressing the importance of upholding international law as a tool and preventing Russia from breaking international law or undermining it.

He also suggested the Korean government extend not only vocal, but financial, humanitarian, political, diplomatic and military support to Ukraine. 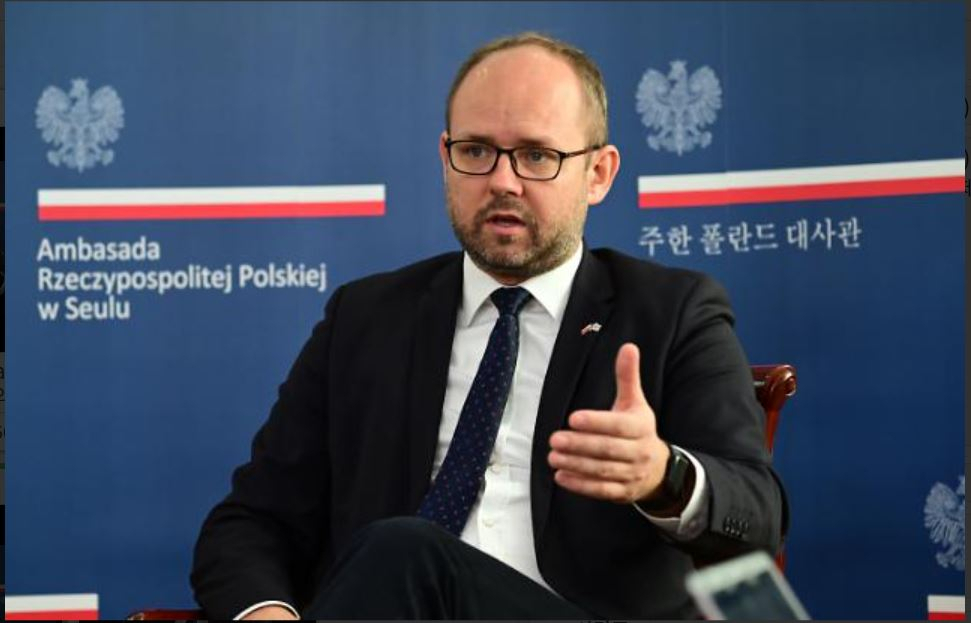 “Korea is very active. But given the potential of Korea, there is always a room where the government of Korea could be even more active.”

“More assistance to Ukraine and more isolation and sanctions for Russia. That's the prescription for regaining peace and stability globally,” suggested Przydacz.

He said that Poland has enjoyed continuous growth in gross domestic product for the last 30 years, and has become the biggest country in Central Europe with a significant highly skilled and professional labor force.

“More and more very well-educated foreigners are coming to Poland, mostly from the eastern part of Europe, such as Belarus, Ukraine and Russia. All of those IT specialists, for example, who have not worked or live in those difficult times in Russia or Belarus, cross the border with Poland.”

Emphasizing Poland-Korea economic ties, Przydacz cited Korea as one of the biggest investors in Asia, starting from LG and Hyundai to other Korean companies well placed in the Polish market. Incheon International Airport Corp. is a strategic advisory consulting partner for Poland’s new airport project known as the Solidarity Transport Hub, which is planned as one of the biggest airports in the world.

But Poland expects the Korean government to be more open and flexible on Polish products.

“I just took a flight from Warsaw to Seoul the day before yesterday, and I would say 80 percent of seats were occupied by Korean businessmen. Potential is there because already many projects such as in chemical industry, new technologies and batteries are emerging," said Przydacz.

“We invite Koreans to many projects hoping that equally Polish entrepreneurs will be invited to Korea,” he said.