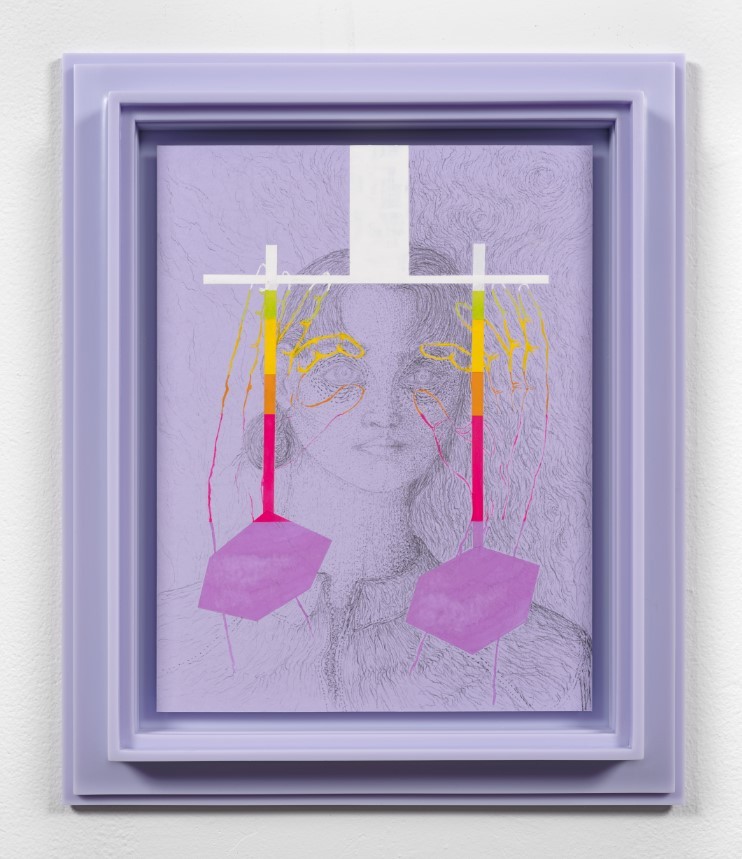 "Drawing Restraint 25: Libra" by Matthew Barney (Courtesy of the artist and Gladstone Gallery)

With international galleries opening in Seoul in recent years, the city has become an art destination where ones can appreciate works by artists from around the world. A number of must-see exhibitions at international galleries that have opened in the city’s affluent neighborhoods -- Cheongdam-dong and Hannam-dong -- are in full swing this week.

American contemporary artist Mathew Barney's second solo exhibition in Seoul is currently running at Gladstone Gallery. Known for the restraint series begun in 1987, the artist's first Seoul show was held at Leeum Museum of Art back in 2005.

The exhibition features Barney’s most recent work “Drawing Restraint 25,” a 28-minute silent video that shows a performance in which Barney and his daughter Isadora each engage in ritualized drawing using the tools in the artist’s New York studio. A series of drawings on colored paper that layer themes from “Drawing Restraint 25” with imagery from his last feature-length film "Redoubt" are on display along with the video performance.

Not speaking the same language, two artists from different countries communicated for years by sharing images. Korean artist Lee Keun-min and London-based artist Mandy El-Sayegh are presenting “Recombinant,” a duo exhibition, at Lehmann Maupin Seoul. El-Sayegh discovered Lee’s work through a search engine algorithm that suggested works similar to her own. Captivated by Lee’s works, El-Sayegh reached out to Lee through social media.

An installation view of "Mandy El-Sayegh ＆ Keunmin Lee: Recombinant" at Lehmann Maupin Seoul (Courtesy of the gallery)
“We don’t share a common language. I like this idea that love is like seeing yourself in another. There is like a seeing myself through visual language and aesthetic language that we share,” El-Sayegh said at a press preview Thursday.

Often appearing as fragmented parts of a human body, Lee took as subject what he recalls as hallucinations during a hospitalization. El-Sayegh has long collected words and phrases taken from military operation code names, fragments of advertisement and newspapers. Her new and on-going series, all of which employ a palette of blood-like smears, flesh-tones and pastel blues, are paired with works by Lee. 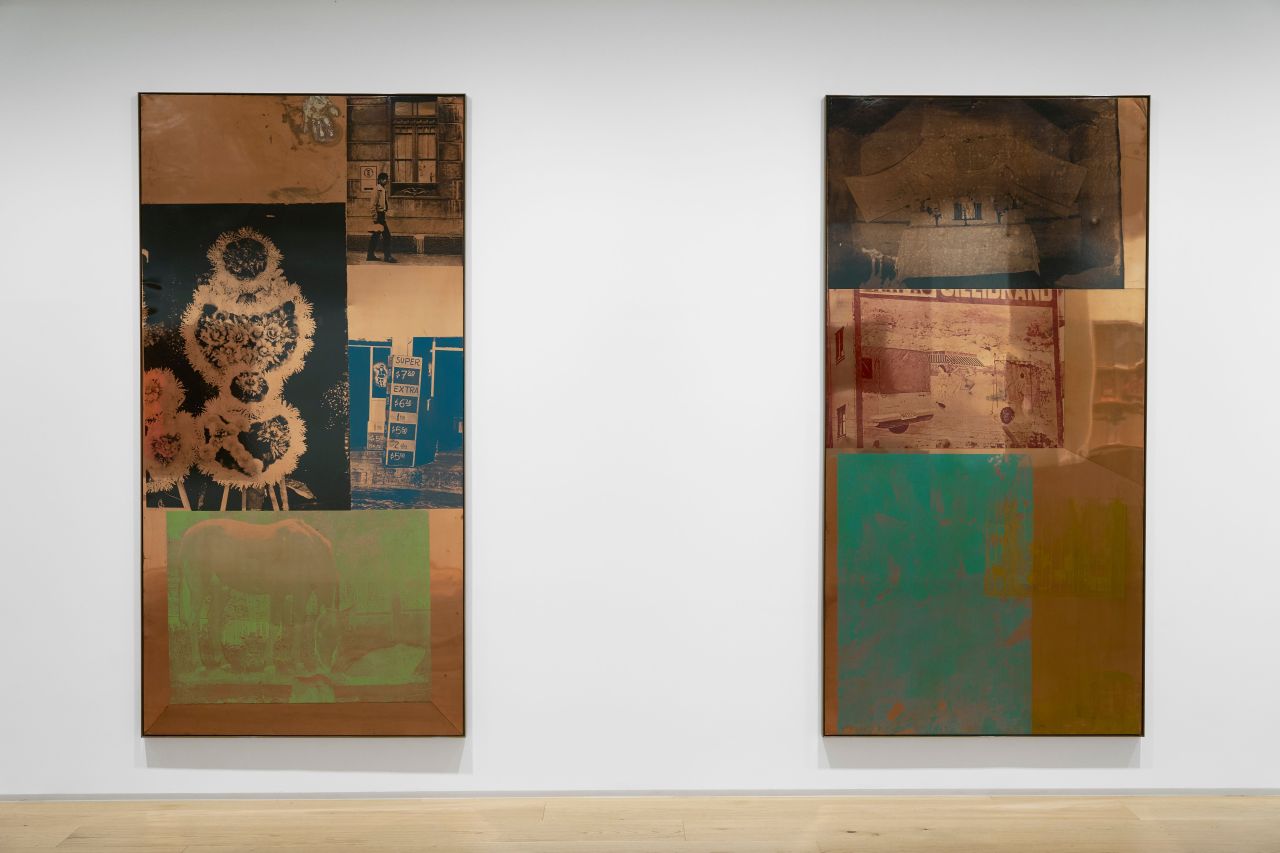 An installation view of "Robert Rauschenberg: Copperheads 1985/1989" at Thaddaeus Ropac Gallery in Seoul (Courtesy of the gallery)
At Thaddaeus Ropac there is “Copperheads 1985/1989,” an exhibition of representative metal works by US artist Robert Rauschenberg’s Copperheads series created between 1985 and 1989. The first of Rauschenberg’s 15 metal series mark the artist’s early experiment with creating images directly on sheets of metal using silkscreen printing techniques, acrylic paint and tarnishing agents.

The surfaces of the Copperhead-Bites depict images of animals, architectural facades, graffiti and signs drawn from the black-and-white photographs Rauschenberg took during a research trip in Chile in 1984 as part of Rauschenberg Overseas Culture Interchange project.

The artist once explained that the name refers to the process of inscribing the images onto the metal support: “The images were the bite on the copper,” according to the gallery. The exhibition, presented in cooperation with the Robert Rauschenberg Foundation, runs through Dec. 23.