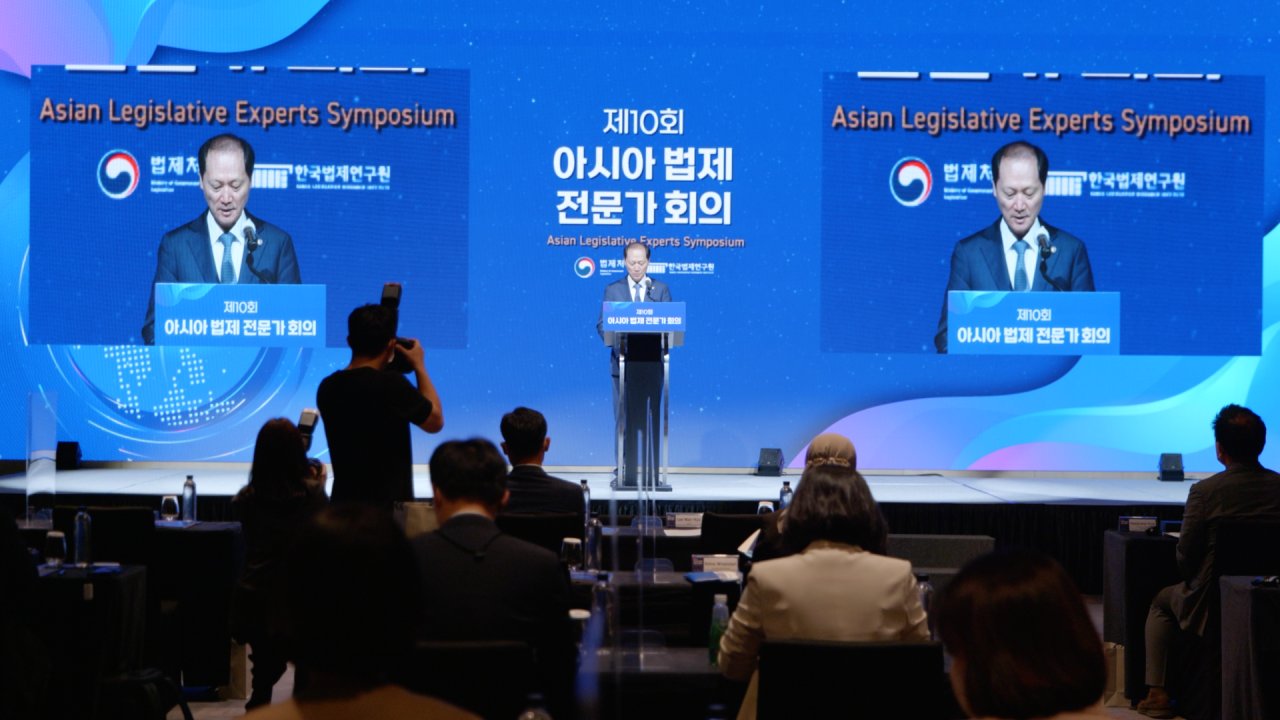 For so long, access to legal information used to be the exclusive preserve of governments and legal experts. “But the advent of technology helps make that information more transparent and easily accessible to the people,” he said in an address.

Legislation is “yet another domain where digital technology has demonstrated its usefulness,” said Hwang Jong-Sung, the president of the National Information Society Agency.

“Transparency is quintessential to the rule of law, and I think it is not an exaggeration to say that digital technology has helped achieved that transparency on a greater level,” he said.

“South Korea has built digital systems to manage its laws and law information, with the use of technology, the country is seeking to further improve its legislative capacity,” he said.

South Korea, which leads in the United Nations’ E-Government Development Index, began digitizing its legislative procedure more than 20 years ago, according to the Government Legislation Ministry.

The ministry’s legislation editing software, introduced in 2018, utilizes a database that contains policies and legislative plans across government ministries and institutions as well as past legislations.

The ministry’s plain law division runs a website designed to provide an open and convenient access to legal information and social media services that inform subscribers of updates on legislations.

But despite the efforts, the majority of South Koreans say laws and legislations are hard to understand. In the ministry’s 2020 survey, 89.1 percent of respondents said they have experienced difficulties understanding laws.

“The challenge exists in reaching out to younger generations, especially, who surveys show respond better to visual information rather than texts,” said the head of the ministry’s plain law division, Son Mun-Su.

Lee, the government legislation minister, said, “Over the last nine events, experts gathered to discuss legislative challenges and ways to tackle them in various areas ranging from land and transport to natural disaster safety to public health.”

He went on, “The symposium hopes to serve as a medium for enhancing exchange and cooperation among legislative organizations of Asia countries.”