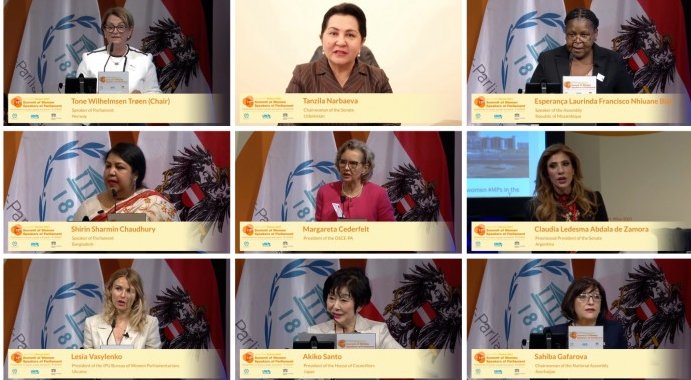 Established in 1889, the IPU is the oldest international parliamentary organization, with 178 member states.

The agreement to host the summit was concluded at the 13th Summit of Women Speakers of Parliament in Vienna on Sept. 6, 2021.

Narbaeva highlighted ongoing reforms of Uzbekistan on gender equality in her video message.

She said that Uzbekistan was supporting and encouraging women participation in the economic sphere and facilitating them with economic incentives, grants, credits and loans.

Education and training of girls and women is among Uzbekistan’s top priorities in the post-COVID-19 era, Narbaeva said, noting the need to activate political participation of women.

Hosting the summit is seen as significant recognition of Uzbekistan’s parliamentary development, its progress in gender policy and an acknowledgment of its democratic reforms. At the 14th summit, the Tashkent Declaration is set to be adopted.