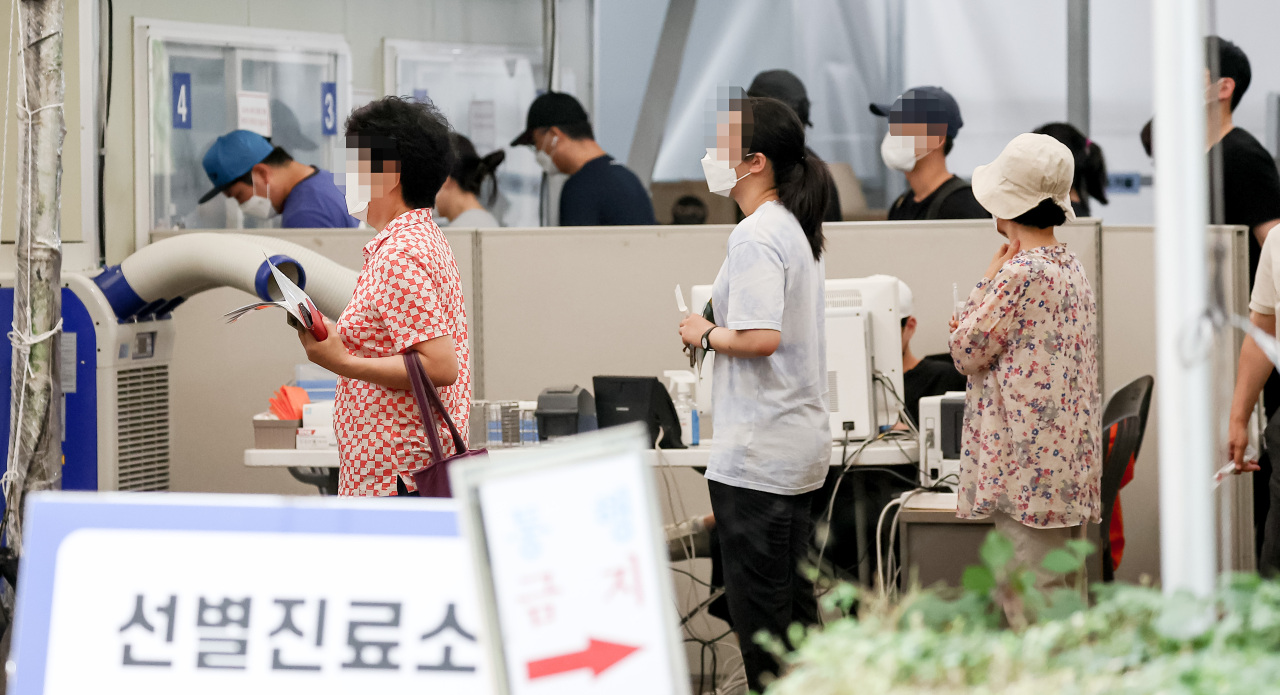 People wait in line to get COVID-19 tests at a local testing station in Songpa-gu, Seoul, Tuesday. (Yonhap)
The South Korean government on Tuesday said that the total number of critically ill COVID-19 patients will peak between 800 and 900 in early September. The government added the number of deaths from COVID-19 could also reach between 100 and 140 during the same period.

The government, however, did not change its projection for the number of daily infections, which it previously anticipated to peak at around 200,000 cases in late-August.

“The COVID-19 spread is expected to peak by the end of August and decrease afterwards,” said Lee Sang-won, a Korea Disease Control and Prevention Agency official, during a COVID-19 response meeting on Tuesday. Lee added there are possibilities that the number of COVID-19 infections will not drop fast but gradually.

The government’s latest COVID-19 projection was made as of Thursday last week, and the projection can be changed in the near future, the government added.

Some experts, however, argued that the daily tally could still increase further if the reproduction rate jumps back.

Meanwhile, the country added 84,128 new COVID-19 infections on Monday. The daily tally was down from last week’s 149,897 cases, but this was mainly due to lower tests conducted during the three-day long holiday which ended Monday.

However, the number of critically ill patients increased to 563 from the previous day’s 521.

The country also reported 37 more COVID-19 deaths during the same period. The death toll reached 25,710, and the fatality rate stood at 0.12 percent.