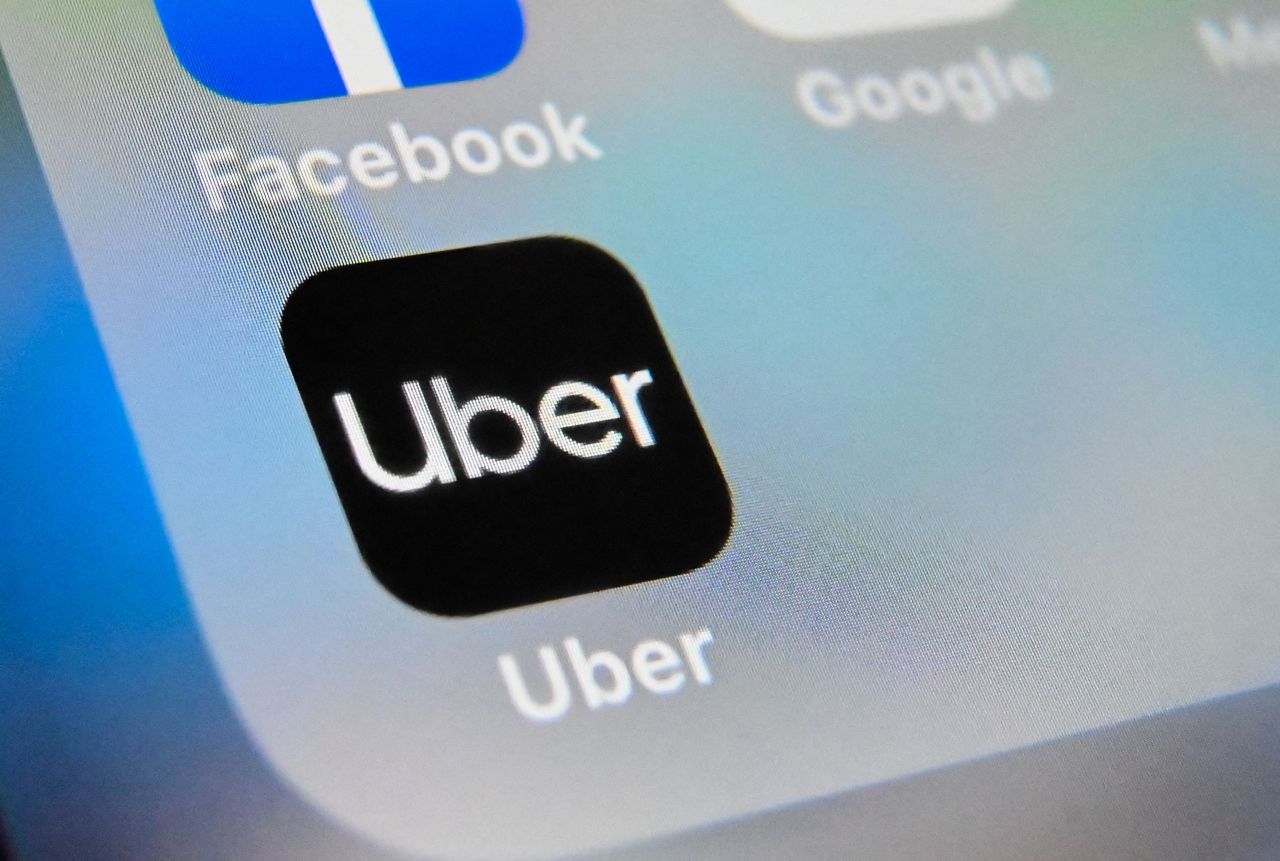 The logo of Uber app displayed on a tablet screen (AFP-Yonhap)
SAN FRANCISCO (AFP) -- Uber on Friday said it will let drivers in the United States see trip details before deciding whether to accept them -- a new feature long sought by drivers.

A common lament by drivers at the app-summoned ride platform has been that they have to accept a request before learning where trips will take them, or how profitable they will be.

"Our new trip request screen makes it easier for drivers to decide if a trip is worth their time and effort by providing all the details -- including exactly how much they'll earn and where they're going -- upfront," chief executive Dara Khosrowshahi said in a blog post.

Revealing details only once a driver had accepted a trip was seen as a way to ensure riders would get picked up promptly, and not be snubbed because they were headed to locations deemed undesirable by drivers.

But Khosrowshahi said drivers have made it clear that they want more flexibility and choice.

Uber said the new feature, called Upfront Fares, was tested in several cities and was a success with drivers while resulting in shorter wait times for passengers.

The ride-sharing firm will also shift from sending drivers a single ride request at a time, to letting them pick from a list of detailed passenger requests in an area.

Uber is engaged in a long-term effort to prove that its business model is socially and economy viable.

The "gig economy" -- which uses temporary independent contractors for short-term tasks -- has grown rapidly since Uber's launch in 2009 and is promoted as a flexible way for people to earn money without the constraints of a full-time job.

But there has been growing backlash in countries around the world about the conditions and dangers gig workers face.

Uber driver ranks -- which shrank during the COVID-19 pandemic -- have not rebounded as quickly as demand for rides, and soaring fuel costs have made the gigs less attractive.

The firm in March announced a surcharge on both rides and Uber Eats meal deliveries that would go directly to drivers to help offset high fuel prices.