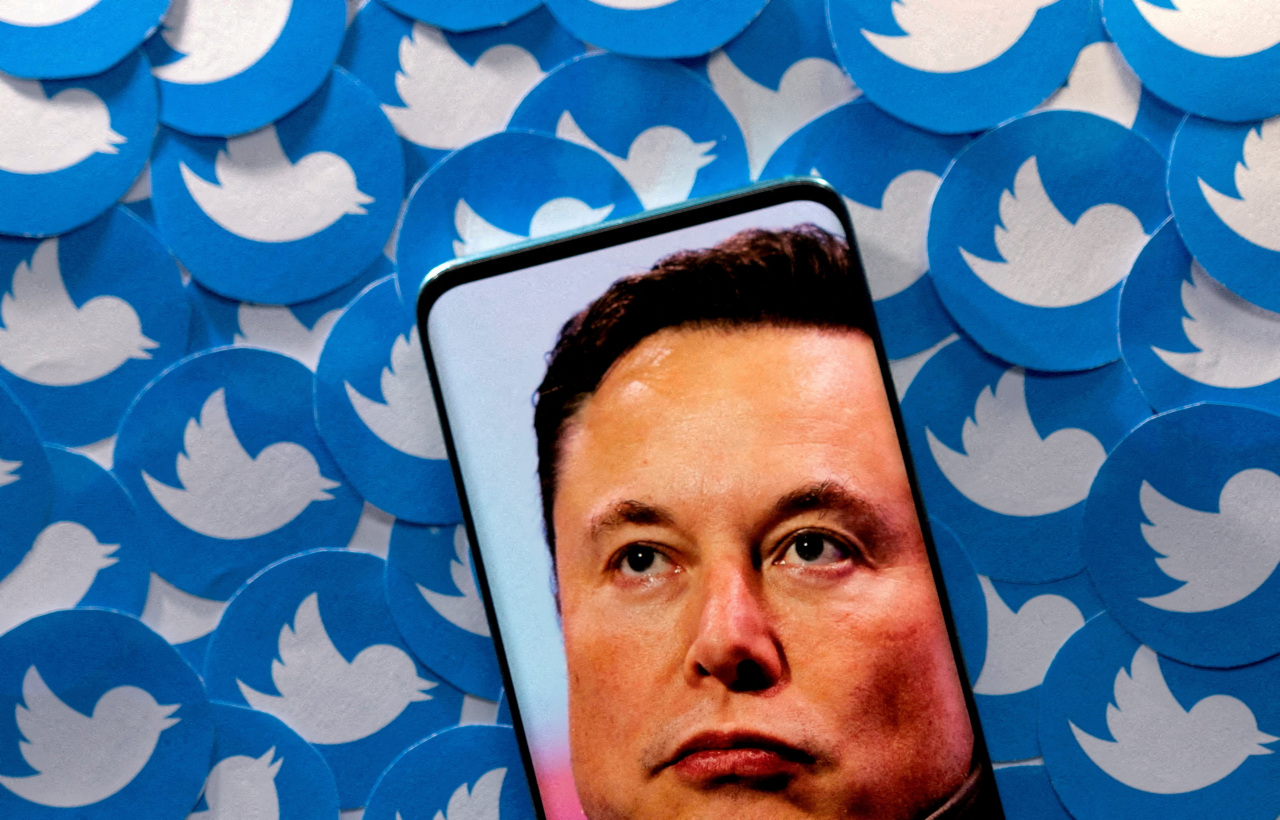 An image of Elon Musk is seen on smartphone placed on printed Twitter logos in this picture illustration taken April 28. (Reuters-Yonhap)
AFP -- Elon Musk on Friday filed claims against Twitter as he fights back against the tech firm's lawsuit demanding he be held to his $44 billion buyout deal.

Musk's counter-suit was submitted along with a legal defense against Twitter's claim that the billionaire is contractually bound to complete the deal he inked in April to buy Twitter, the Chancery Court in the state of Delaware said in a notice.

The 164-page filing was submitted as being "confidential," meaning the documents were not accessible by the public, the notice indicated.

Rules of the court, however, require Musk to submit a public version of the filing with trade secrets or other sensitive information redacted.

A judge has ordered a five-day trial over Twitter's lawsuit against Musk to begin on October 17.

The Tesla boss wooed Twitter's board with a $54.20 per-share offer, but then in July announced he was "terminating" their agreement on accusations the firm misled him regarding its tally of fake and spam accounts.

Twitter, whose stock price closed at $41.61 on Friday, has stuck by its estimates regarding accounts run by software "bots" rather than people, and argued that Musk is contriving excuses to back out of the contract.

The social media platform has urged shareholders to endorse the deal, setting a vote on the merger for September 13.

"We are committed to closing the merger on the price and terms agreed upon with Mr. Musk," Twitter chief executive Parag Agrawal and board chairman Bret Taylor said in a copy of a letter to investors.

Billions of dollars are at stake, but so is the future of Twitter, which Musk has said should allow any legal speech -- an absolutist position that has sparked fears the network could be used to incite violence.