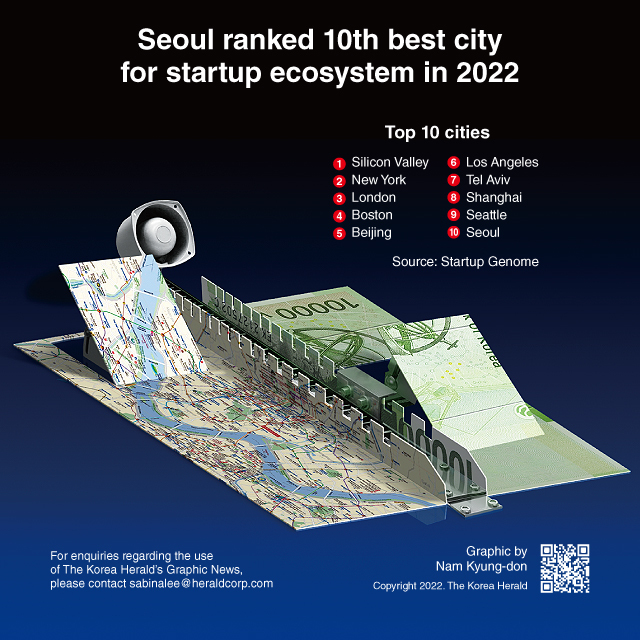 Seoul was selected as the 10th best city for startups in an annual report released by research firm Startup Genome, city officials said.

The Global Startup Ecosystem Report 2022 by the firm, dedicated to improving the startup ecosystem of each city, surveyed 280 cities across some 100 nations for the latest results announced in London, the officials said.

The report ranked Seoul as 10th strongest in the startup ecosystem category, up from 16th last year and 20th in 2020.

The report put the value of Seoul‘s startup ecosystem at 223 trillion won ($173.4 billion), sharply up from 54 trillion won a year earlier, the city officials noted.

Silicon Valley was ranked No. 1 in the startup ecosystem report, followed by both New York and London in second place and Boston at fourth. (Yonhap)